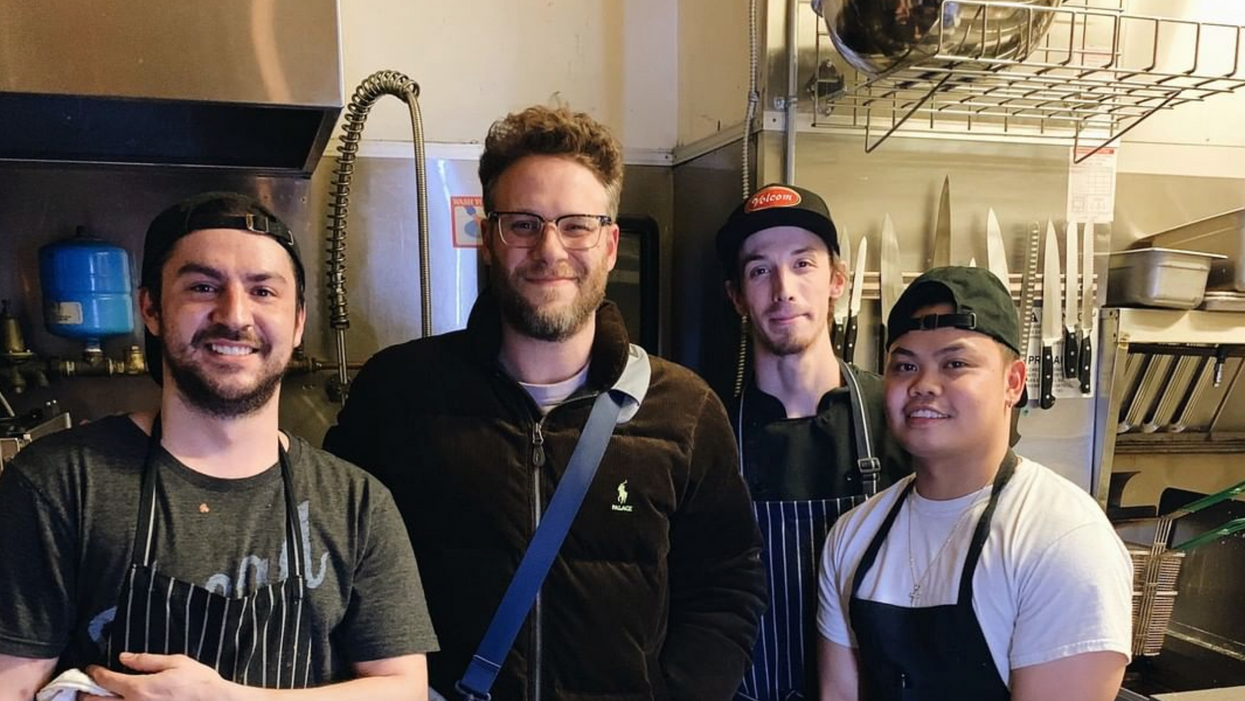 Local celebrity Seth Rogen continues to show off his Canadian roots by constantly visiting his hometown, Vancouver. The comedian and actor loves to visit his hometown and visit tons of restaurants while he's here. Once again, he has come through and is tasting his way through the city. Seth Rogen was just spotted eating at a restaurant he frequented as a kid and proves that he hasn't lost touch with his Canadian side.

The Canadian actor was seen at Pepino's Spaghetti House in Vancouver, BC yesterday on February 27. The restaurant posted a photo of the celebrity encounter onto their Instagram yesterday. According to them, this is a restaurant that Seth Rogen would often go to with his parents when he was a kid growing up in Vancouver.

Not only did Seth embrace his Canadian side during the visit, but he apparently even relived some of his childhood memories. According to the restaurant, on the Instagram picture they uploaded, the comedian even wore a bib while eating.

Check out the photo below of Seth Rogen visiting Pepino Spaghetti House in Vancouver that was posted on Instagram by the restaurant!

The caption of the photo read, "Vancouver’s prodigal son returns to ’the spaghetti house formerly known as Nick’s’—like so many locals, @SethRogen has fond memories from when his folks used to bring him as a kid".

The restaurant also talked about how he wore a bib during his meal. "Next time a snapshot wearing the bib...(you better believe he did.)," they wrote in the Instagram caption.

This isn't even the first time Seth Rogen has showed some love for his home country of Canada. The comedian was spotted in January at Lee's Donuts in Granville Island, as well as at the Vancouver Aquarium, according to the Times Colonist.

Several months ago, he also raved about another restaurant – Maenam, which is a Thai restaurant located in Vancouver. Seth Rogen even lent his voice to the Translink public transit announcements for a while last fall, before his announcements were cancelled.

You never know where you might spot Seth Rogen next, so make sure to keep your eyes peeled if you're around Vancouver. Pepino's Spaghetti House is an Italian restaurant located at 631 Commercial Drive in the Little Italy neighbourhood of Vancouver. The eatery is popular with locals for its delicious spaghetti and Italian dishes.

To find out more about the restaurant or to make a reservation, you can visit their official website.