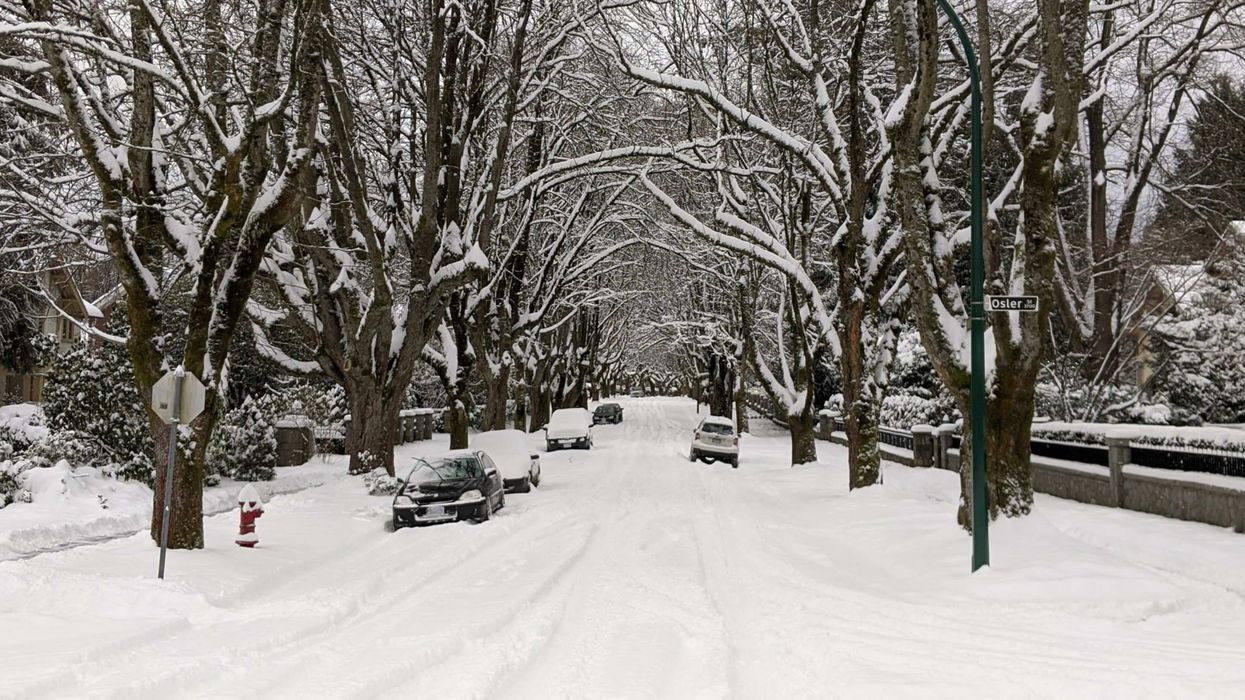 They say "when it rains, it pours" and that's true in B.C. right now, except with snow. Metro Vancouver was hit with a massive dump of snow overnight on Tuesday, January 14 and some regions will get hit again. In the late morning on Wednesday, January 15, Environment Canada issued a snowfall warning for Metro Vancouver.

That's on top of their earlier wind warning they issued the same day.

These regions are expecting another 10 centimetres of snowfall on top of what's already on the ground.

You can keep up to date with all the recent alerts online from Environment Canada to see what's coming up.

Eventually, it'll warm up and it will all become a slushy mess before it's gone for good, so enjoy the snow day while you can.

If you've ever waited for the bus that never came in the snow, you probably already know that the transit system usually struggles after a snowfall.

Vancouverites were urged by the provincial government and by TransLink to stay home on Wednesday, January 15. The roads were not in great condition to drive.

Even if you know how to drive in the snow and you have your snow tires on, there were still major delays on the roads in Metro Vancouver.

Almost the entire province is under weather alerts or warnings the week of Monday, January 13. In some regions, it's set to be record-breakingly cold. Colder than we've seen in a century.