"This isn't a game, people are dying." 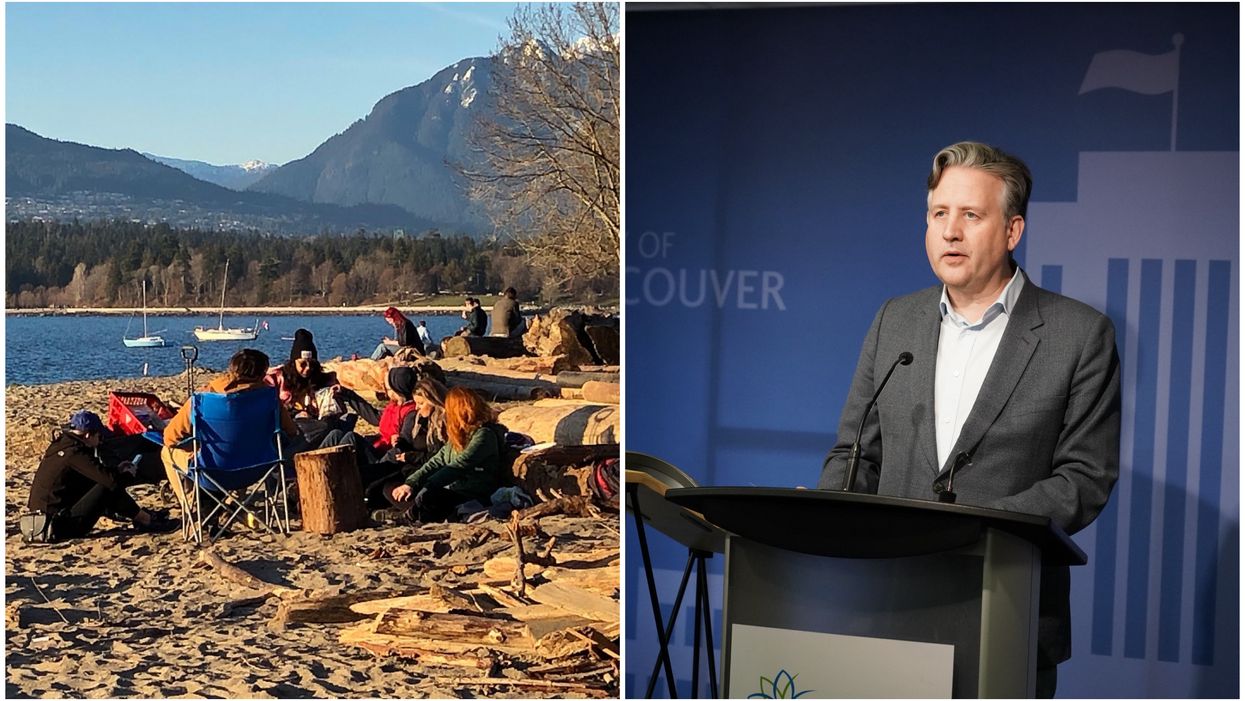 You'd think Vancouverites would have gotten the memo by now that they should be staying at home. Twitter has been flooded by so many pictures of people crowding on beaches and in parks lately that people from near and far called us out and #COVIDIOTS started trending. The mayor was also not impressed with the social distancing fails in Vancouver and the message from the city is that fun can wait.

The city has been taking action since declaring a public health emergency on Thursday, March 19. But while the city's been hard at work making sure everyone stays in, many were on their way out.

Twitter was full of pictures of Vancouverites out and about in the sun that weekend. People were seen sunbathing in groups, passing saliva-soaked joints to one another, and yes, playing beer pong.

"The time for asking is over," he said. "Those found in violation of these critical orders will be subject to significant fines."

He made good on his word too — the very next day, Vancouver city council unanimously voted to fine anyone who breaks social distancing up to $1,000.

"The message right now, to everyone, is clear," said Stewart. "Shut down. Stay put. Save lives."

At the same time, pictures of Vancouver's packed parks and beaches drew the anger of thousands on Twitter.

"Okay guys, this is getting stupid," he tweeted.

The actions we take today could mean the difference between life & death for many of our neighbours. When this is… https://t.co/L9T41T7ku3
— Kennedy Stewart (@Kennedy Stewart)1584918863.0

So many people had gathered in parks and beaches over the past days that the Vancouver Park Authority had to step in.

On Sunday, March 22, the Authority announced the closure of  parking lots in some of the most popular areas, such as Kitsilano Beach, English Bay, and Stanley Park.

"There are more than 10,000 highly vulnerable neighbours who live in our City," said Stewart.

"Reckless behaviour, like playing beer pong in the middle of a pandemic, could lead to people dying."