Businesses can be dinged up to $50k. 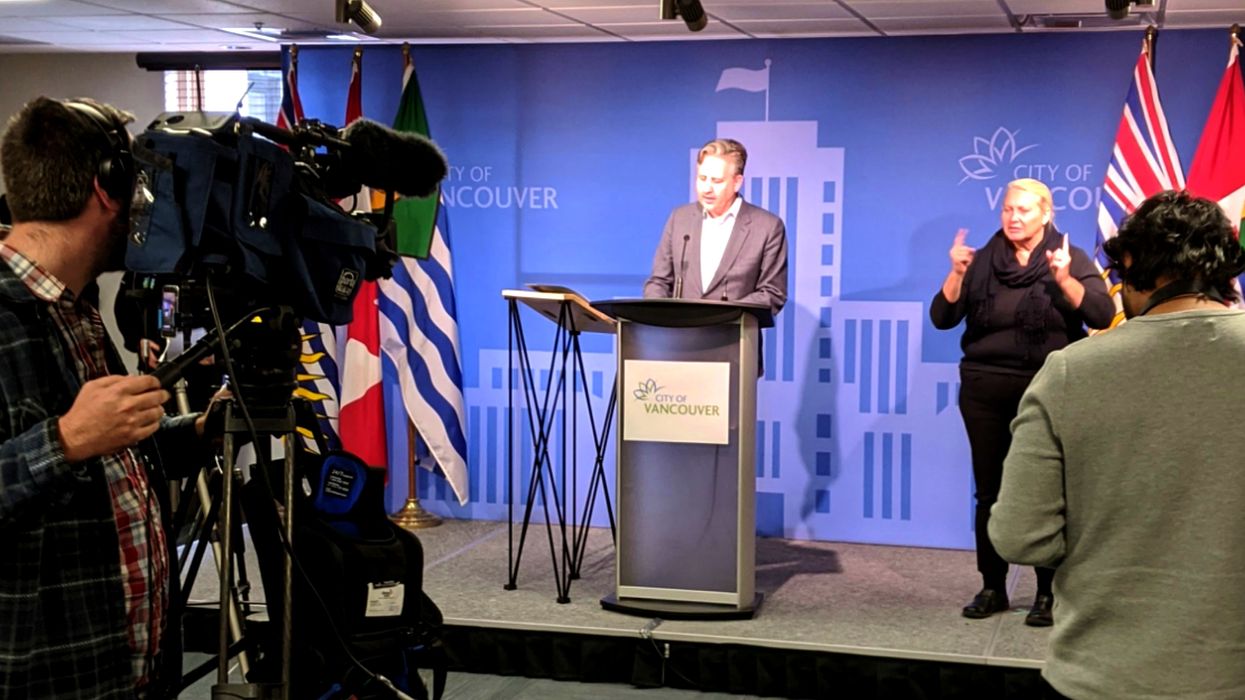 Locals are being forced to take social distancing in Vancouver a lot more seriously. The city council passed a motion to fine anyone who breaks social distancing in the city. Under this bylaw, police would be able to enforce penalties to individuals and businesses that don't comply.*

During a Special Council Meeting on Monday morning, March 23, Vancouver city council unanimously passed a motion to fine anyone or any business that breaks social distancing.

This follows their recent declaration of a public health emergency. Shortly afterwards, Vancouver became Canada's first municipality to force every restaurant to stop their dine-in option and only offer food for take-out and delivery.

On top of this, tons of Vancouverites were seen flocking to the parks and beaches in crowds over the last week.

Individuals will have to pay up to $1,000 for gathering in crowds, while businesses that aren't complying might get slapped with a fine up to $50,000.

Chief Darrell Reid is leading Vancouver's COVID-19 Task Force and in a press conference on Sunday, March 22 he said that Vancouver needs to support and collaborate with residents to keep everyone safe.

The time for asking nicely is over. Just now, Council passed new enforcement measures including fines of up to $5… https://t.co/w7hUoUUi3J
— Kennedy Stewart (@Kennedy Stewart)1584986849.0

The order of social distancing is an emergency bylaw, passed under the public health emergency.

The fine of $1,000 is the maximum amount allowed in the Vancouver charter, according to the city council meeting.

The actions we take today could mean the difference between life & death for many of our neighbours. When this is… https://t.co/L9T41T7ku3
— Kennedy Stewart (@Kennedy Stewart)1584918863.0

However, Stewart said that the people still gathering in groups in the city need to wisen up.

"The actions we take today could mean the difference between life & death for many of our neighbours," he wrote on Twitter.

COVID-19 Need to Know, a thread: 🆕 #VanCityCouncil will vote tomorrow on an amendment to Vancouver’s emergency pow… https://t.co/NQpCKK0vWp
— City of Vancouver (@City of Vancouver)1584923652.0

In B.C., COVID-19 cases are rising quickly. On Monday morning, March 23, the provincial government and provincial health officer announced there are almost 500 positive cases in total in the province. This is more than double the amount just six days ago.

However, this comes with good news too. At the same conference, provincial officials announced that with new testing, 100 people had recovered in the province.