There's some familiar faces in the cast too! 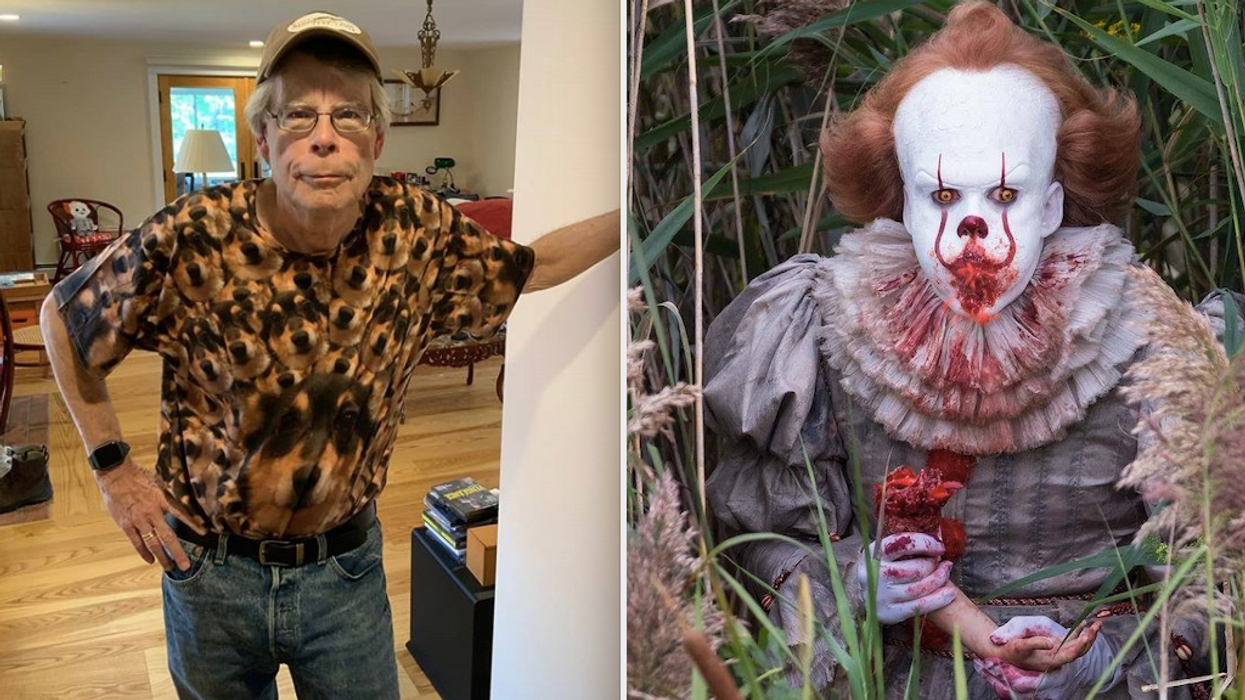 Get ready Stephen King fans, because the incredibly talented writer is back for a TV series based off another one of his novels. The show will be based on King's book, The Stand, and will air 10 episodes sometime next year. They also rounded up a great cast for the adaptation, who are currently filming scenes that are incredibly graphic and disturbing. But if you're into that kind of stuff, then Stephen King filming in Vancouver will excite you.

Production began in mid-September and will continue until March 2020 in the downtown Vancouver area, according to What's Filming. The original novel came out in 1978 and is a post-apocalyptic horror story about a violently strong strain of the flu accidentally being released that kills off almost the entire world population. The book was a whopping 823 pages, but you have time to pick up a copy and start reading now before the show premieres next year.

According to Vancouver Is Awesome, the TV show won't take on the same name of the book and will be called Radio Nowhere. And there are quite a few familiar faces in the cast too. On the IMDb page, the lead actors are James Marsden playing the lead role of Stu Redman, Jovan Adepo playing Larry Underwood, and Whoopi Goldberg as Mother Abigal. Other notable cast members include Amber Heard and Natt Wolff, and Alexander Skarsgård and Marilyn Manson will both appear in one episode of the show.

The cast has been pretty quiet about sharing the production process on their social media accounts, and so far only Amber Heard has posted shoutouts to Vancity and news of the new show. In a photo from a few weeks ago, Heard wrote, "Hey Vancouver!! I’m totally smitten with you (ok sorry no more puns I promise)" while decked in winter gear for the fall weather. And in September, she posted news that production began as well.

Even though Heard's photo doesn't show much of the set, other passersby have posted sneak peeks of the gruesome props and scenes. In the photos, you can see things like a mock dead horse, a hanging dead man, and a crashed taxi. The set is a post-apocalyptic New York, which means it's full of NYPD cars, New York taxis, and garbage on the street.

In a pair of Instagram photos showing the "dead" horse and crashed taxi, the user wrote, "The Stand is being filmed in Vancouver, and my kid sent me these pictures. They’re filming the New York parts downtown, and this is right outside where my kid works!"

And on Twitter, the horse photo was clarified when the user wrote, "No need to call the SPCA or Emergency. This was was some special effects at today’s movie shoot 'The Stand' in Gastown today".

On Instagram, someone shared another slightly disturbing photo from the set writing that it was a "hanging man on Stephen King's #TheStand set in downtown Vancouver."

Last week, another Twitter user shared a less gruesome photo of a dead man in a car too.

Hopefully, the scenes from the set of Radio Nowhere aren't too much for you to handle because all graphic parts aside, we know Stephen King novels always get transformed into something incredible and this show seems worth looking forward to.