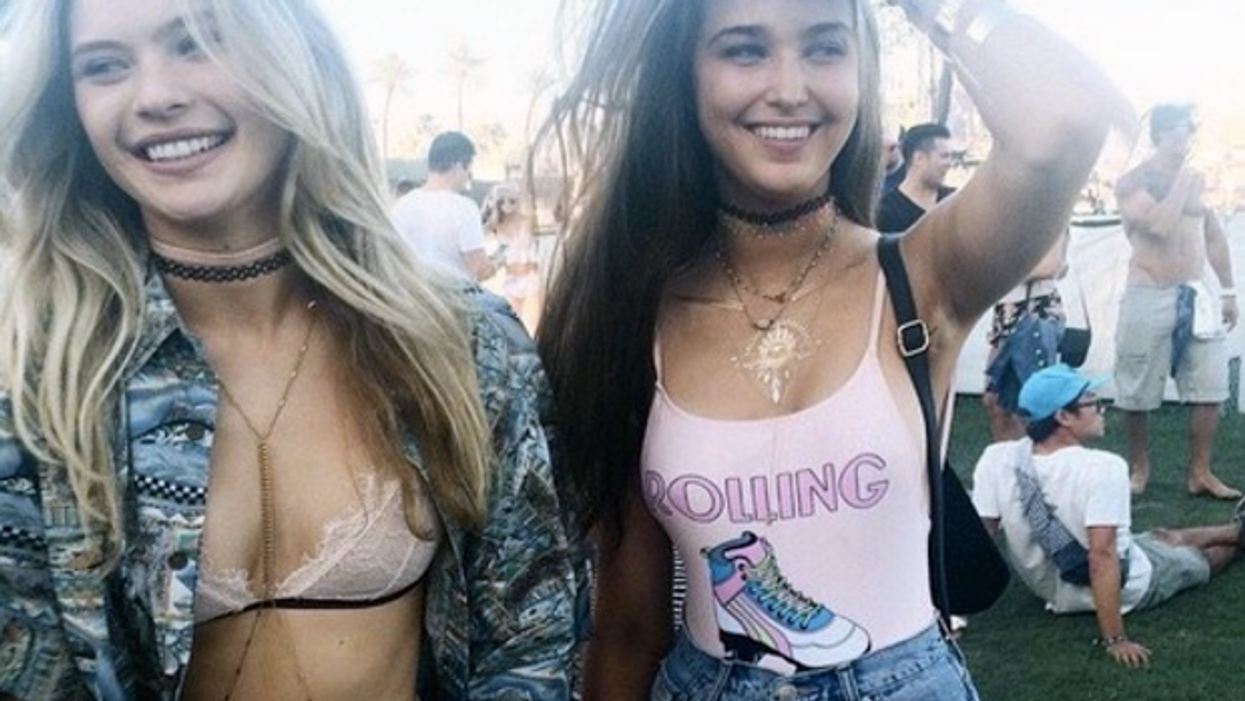 We Heart It
Nicole Hui

Summer is so close and it’s only a matter of time until festival season aka one of the best seasons. Soon girls all over will be searching for that perfect flower crown that gives good vibes all around and matches their crochet tops.

We're lucky that Canada boasts such amazing and diverse music festivals all across the nation, for every music taste. Many are worth the road trip or even flight for your festival fever.

Here are 22 of the many music festivals across Canada to celebrate summer 2016:

Pemberton is a BC music festival favourite and you'll probably run into countless people you know here. The Killers, J.Cole, and Pearl Jam are set to headline this year. Don’t miss out on 4 days of music, comedy, food and fun all underneath the stunning backdrop of Mt. Currie.

This is THE festival for folk fans. Taking place at the perfect Vancouver location, Jericho Beach, the Vancouver Folk Festival showcases folk music from all around the world. Come see artists such as Lord Huron, The New Pornographers, Shane Koyzcan, and Martin Carthy.

This 5-day independent festival celebrates music, art, and life amidst the backdrop of backcountry British Columbia. What more could you ask for in a BC festival? Shambhala is a staple West Coast event for the electronic music scene. See the full lineup on their website.

Centre of Gravity // Kelowna, BC

FVDED In The Park // Surrey, BC

FVDED In The Park is returning to Holland Park this July with 34 artists from around the world. The festival features headliners like Jack U and Zedd, along with many others.

Get your country on at the Calgary Stampede, the annual rodeo, exhibition, and festival that attracts over 1 million visitors each year. Known as "The Greatest Outdoor Show On Earth", this fun, rowdy 12 day event features the world's largest rodeo, concerts, shows, and more. See country stars like Lady Antebellum, Zac Brown Band, and more grace the stage.

Bestival Festival is sure to be a festival wonderland. Enjoy acts such as Tame Impala, Odesza, and The Cure.

WayHome Music Festival is all about making a place for those who love music, food, art and film, to come together. Arcade Fire, The Killers, M83, Matt and Kim, Major Lazer, Chvrchis, and others will grace the stage this year.

Drake launched OVO Fest in his hometown, the 6ix. Don't miss out on the 7th Annual OVO Fest with performances by Snoop Dogg, Wiz Khalifa, and more.

Ever After Music Festival // Kitchener, ON

Ever After “brings festival goers into a fantasy getaway experience”. See acts like Skrillex, Adventure Club and Zedd this year.

See performances by 4B, Bassjackers, Diplo, Laidback Luke, Martin Garrix, and many more on the main stage at Escapade this summer.

Perfect for jazz lovers, The Ottawa Jazz Festival celebrates jazz with a diverse lineup of jazz artists. This year, see acts such as Brian Wilson, The Boxcar Boys, The Barr Brothers.

Osheaga is one of the biggest names in music festivals in Canada, consistently delivering a world-class lineup. Celebrate their 10-year anniversary with them and jam to artists like Lana Del Rey, Bloc Party, Disclosure, Radiohead, Flume, and more.

Pouzza is a punk rock music festival in Montreal and features acts like Less Than Jake, Brendan Kelly and Belvedere.

Rock on - see acts like Blink-182, Rise Against, and Bring Me The Horizon at Amnesia Rockfest.

See Zedd, DVBBS, The Chainsmokers, Skrillez and more at the IleSoniq Music Festival at Parc-Jean Drapeau in Quebec.

To rock and metal fans, Heavy Montreal is for you. Rock out to acts like Breaking Benjamin and Nightwish.

Pop Montreal International Music Festival is a not-for-profit annual cultural event attracts over 50000 people. The full lineup is coming soon on their website.

Country lovers, here's the East Coast festival for you. Dance along to Blake Shelton, Kenny Chesney, The Band Perry, and more at the hottest weekend of the summer.