For the first time ever. 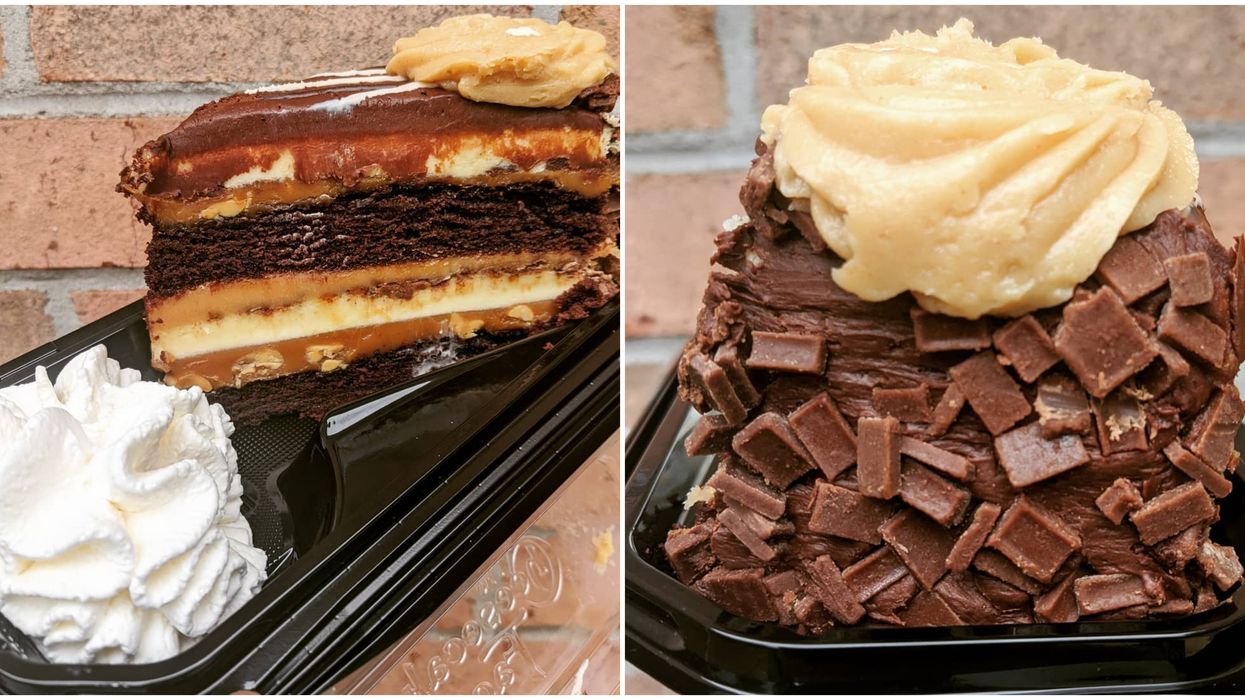 The cheesecake gods have bestowed upon us Vancouverites a great blessing. For the first time ever, you can actually get The Cheesecake Factory Bakery in Vancouver and they're delivering. We need cheesecake now more than ever so this is quite the blessing.

Unbelievably, Vancouver doesn't have a single The Cheesecake Factory Bakery location — we have Spaghetti Factories and factory outlets, but cheesecakes are unheard of here. The nearest restaurant is all the way over in Seattle.

But recently on Tuesday, May 12, local restaurant group JRG announced they're teaming up with the cheesecake icons to bring the treats into Metro Vancouver. They're the first and only group to do so, they said.

According to a statement shared with Narcity, locals will now be able to order cheesecake from any of their pubs like Townhall Public House or The Henry Public House. They'll also be up for ordering in their "Meal Ticket Brand" restaurants like Obey Poke or Bird N' Hand.

But if you don't feel like leaving the house, you can easily get them delivered through apps like Doordash and Ubereats.

The offer is only available in their pubs in the Metro Vancouver area, which includes the cities of Surrey, Richmond, Burnaby, and more.

As for The Cheesecake Factory Bakery, the name is pretty self spoken. They're a restaurant that specializes in making these enormous cheesecakes with every flavour under the sun, and some flavours under the moon.

You really can't go wrong with the varied and borderline dangerous flavours offered up for delivery. From the tart and refreshing mango key lime to the rich and filling Godiva Double Chocolate, there's more than enough here to fill your sweet tooth craving.

Sadly The Cheesecake Factory Bakery has only graced one city in Canada, and that's in Toronto. But no more shall the good people of Metro Vancouver look on in envy to their eastern neighbours.

Now they can have their cake and eat it too.