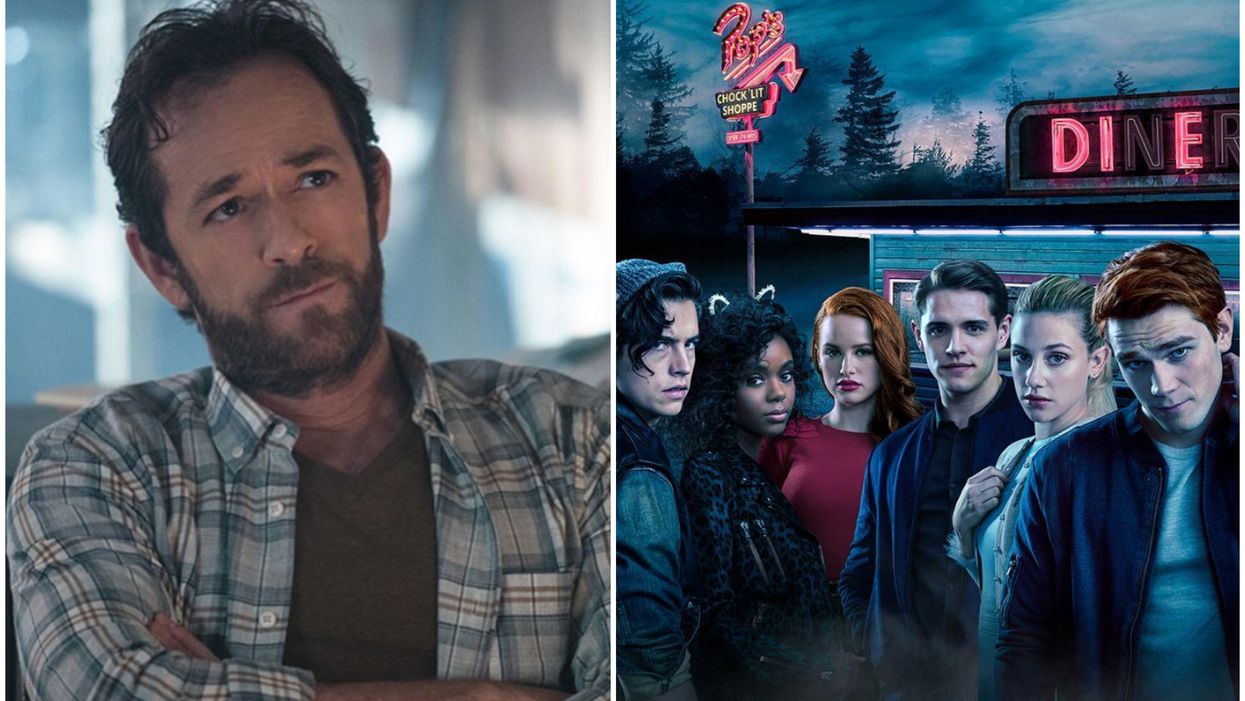 Hearts broke around the world when Luke Perry died from a stroke at 52 years old. The actor was known for his roles on Riverdale and 90210. His death came as a shock to many, and people all over have been sending their condolences. Now, it looks like the diner where Riverdale was filmed is remembering the late actor in their own way. The "Riverdale" diner in Canada will be honouring Luke Perry with a new milkshake.

Part of Riverdale's first season was filmed at Rocko’s Family Diner, which is a classic 1950s styled diner that is located near Vancouver, BC. Rocko's transformed into Pop's Chock'lit Shop for the show. Many fans flock to the diner to live out their Riverdale dreams in real life.

This Riverdale diner will be commemorating the actor by adding a brand new milkshake to their menu in Perry's name. They have yet to decide which flavour the milkshake will be and the drink has not been confirmed on their menu yet.

Kelly Sullivan is the manager of Rocko's, the real-life Pop's Chocklit Shop. She said that since the actor passed away on Monday, Riverdale fans have been going into the diner to remember the actor, Global News reports.

Luke Perry played the main character, Archie Andrew's, dad, Fred Andrews on Riverdale. Many of the Riverdale stars have sent their condolences to his family and remembered him on social media. The show has stopped production in Vancouver following his death, according to ET Canada.

Rocko's Family Dinner will be adding the new milkshake honouring Luke Perry to its menu of 46 milkshake flavours. They already have four milkshakes named after Riverdale characters, such as a strawberry-apple pie "Archie shake" and cherry cola "Veronica shake", according to Global News.

The diner has been open for over 60 years since 1956 and is a 24-hour restaurant. It was even named as one of Canada's top 10 most famous filming locations, according to USA Today. To find out more about Rocko's Family Dinner in Mission, BC, you can visit their website.