It's one of the ten tallest in the world! 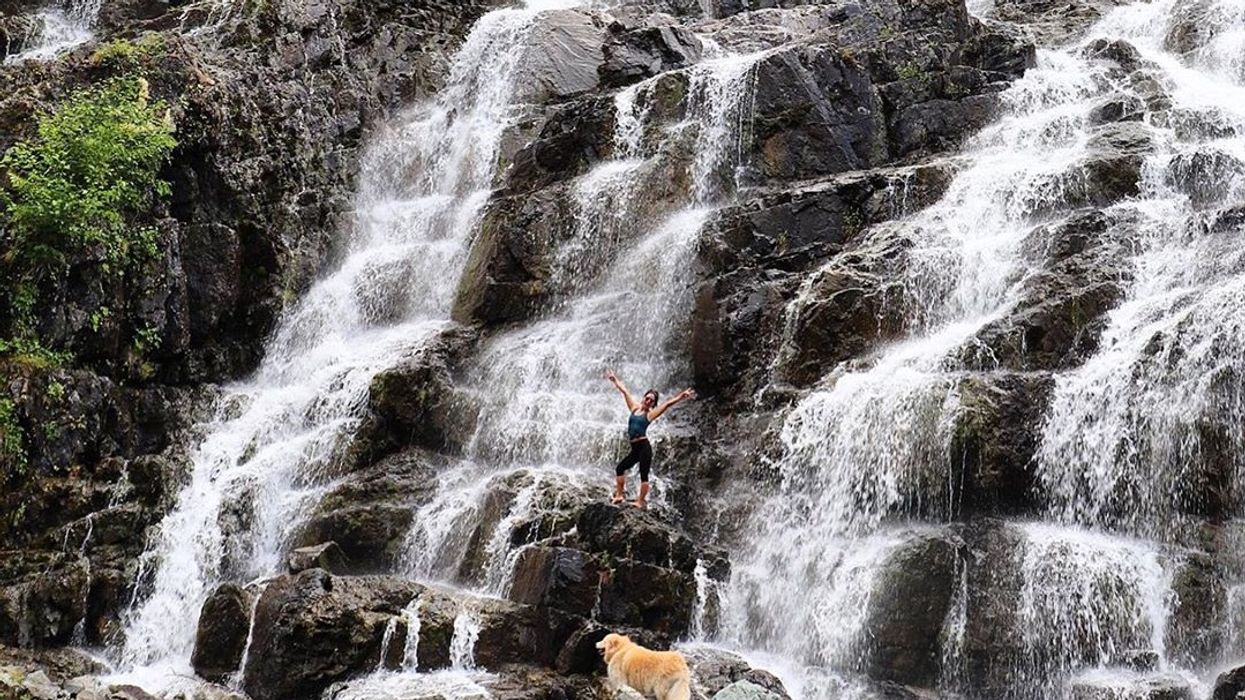 Despite its grand height and wild beauty, this surreal waterfall isn't known to many. So this hidden gem is the perfect place to go on a PNW trek and adventure and see a sight unlike any you've seen before.

Standing at an astounding 1456 feet tall, Della Falls is considered to be the tallest waterfall in the country. It's so tall that you have to do a rather long hike to reach it, but it's totally worth the trek.

Della Falls is located on Vancouver Island, a five-hour commute from Vancouver. The falls are part of Strathcona Provincial Park, which is reachable from Vancouver via a ferry to Nanaimo from Horseshoe Bay followed by a two-and-a-half-hour drive.

If you want to hike to the base, it's a 16-km hike. The trail itself is relatively easy since there's a low amount of elevation gain (350 metres) but takes four to six hours due to the long length.

Add in another 4 km from Della Falls, and you'll get to a viewpoint of the falls on the Love Lake-Mount Septimus Trail. This takes an additional two hours and has an elevation change of 830 metres. It's totally worth the extra trek, though, because you'll get an incredible view of the falls from afar and be able to take in its insane height.

Getting to the trailhead of Della Falls requires a boat, canoe or kayak. But if you don't have any of those, you can also take a water taxi with Della Falls Water Taxi or go by float plane.

Aside from Della Falls, Strathcona Provincial Park has a lot of natural beauty to offer. You can go camping and explore the park for days. There are several hiking trails, such as Love Lake and Gold Lake, and numerous nature walks and short trails.

Disclaimer: We strongly advise that before you go swimming or visit any location, you check the most recent updates on potential hazards, security, water quality, and closures. If you do plan to visit a location, respect the environment.