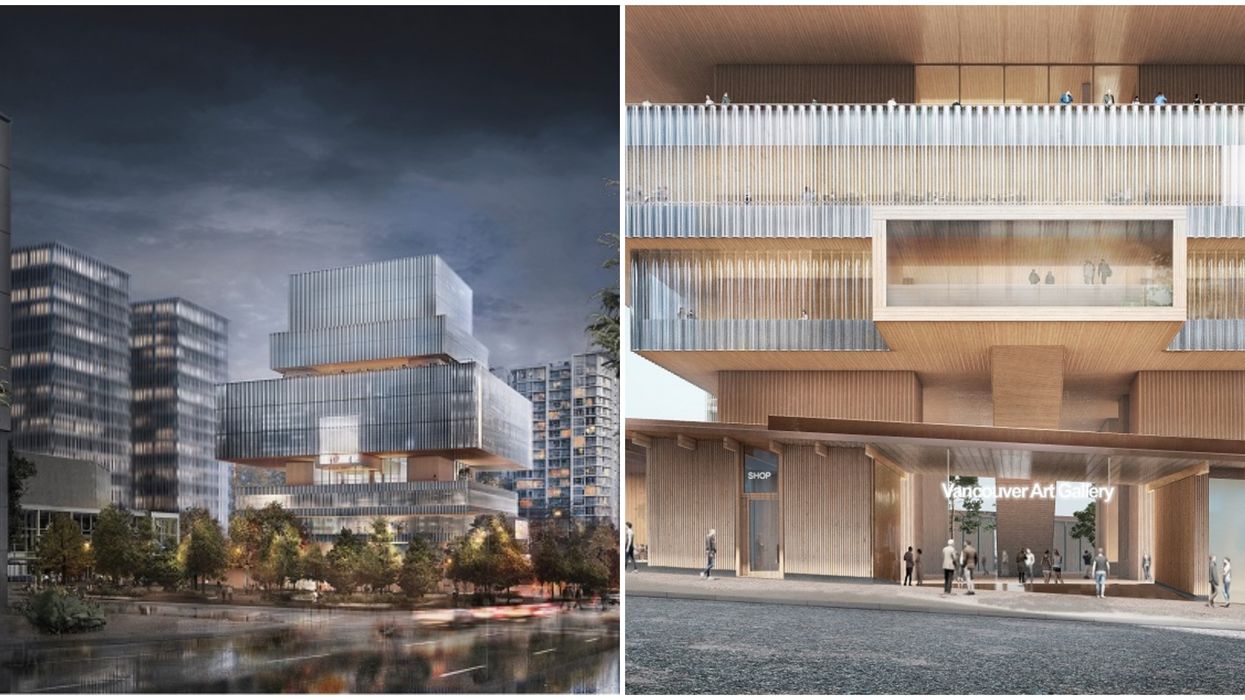 Vancouver is getting a brand new art gallery, and even the building is a work of art. You can count us in for all the viewings if the gallery itself is this unique. The Vancouver Art Gallery is moving closer to building its long-awaited new facility in downtown Vancouver after announcing a $1.5 million donation from Canadian art dealer Donald Ellis. They've also released design renderings of the proposed structure.

We took a look at the photos and we can verify that this gallery will set the bar high in terms of city architecture. And of course, we'll be giving you a sneak peek.

In their official press release, the Vancouver Art Gallery stated that they have generated $86.5 million so far from private sources. This is the highest amount ever for an arts and culture organization in B.C.

Add that to the amount given to them by the province, and this campaign has already gathered $136.5 million for the development of this cutting-edge art gallery.

The Owen Sound Times reports that the Vancouver Art Gallery is still looking for $100 million from the federal government and $50 million from Victoria in order to hit its campaign goal.

The press release explains that the gallery will be built at the intersection of West Georgia and Cambie Streets and will take a space of 300,000 square feet.

The Art Gallery has tasked Swiss architectural firm Herzog & De Meuron with the design of the structure — and we are dying to know from where they drew inspiration as they designed this space.

The photos say it all. The proposed art gallery is sleek, modern, and immensely spacious.

Not that Vancouver isn't already blessed with an impressive array of classic historical architecture and upcoming high-tech projects. But the scale of this colossal structure is awe-inspiring.

On top of being visually gorgeous, this gallery is also set to provide approximately 2,973 jobs when it's up and running. The gallery also projects that close to $78.6 million will be generated for the city's economy.

Among other features of the proposed space are two free galleries, a restaurant overlooking the city, a 300-seat theatre, and 80,000 square feet of exhibition space.

With the future looking this bright for Vancouver architecture, we can only count down the days until we can step inside this luxurious establishment.