These Are The Most Haunted Spots In B.C. That You Must Road Trip To This Fall

Get spooked at these creepy spots. 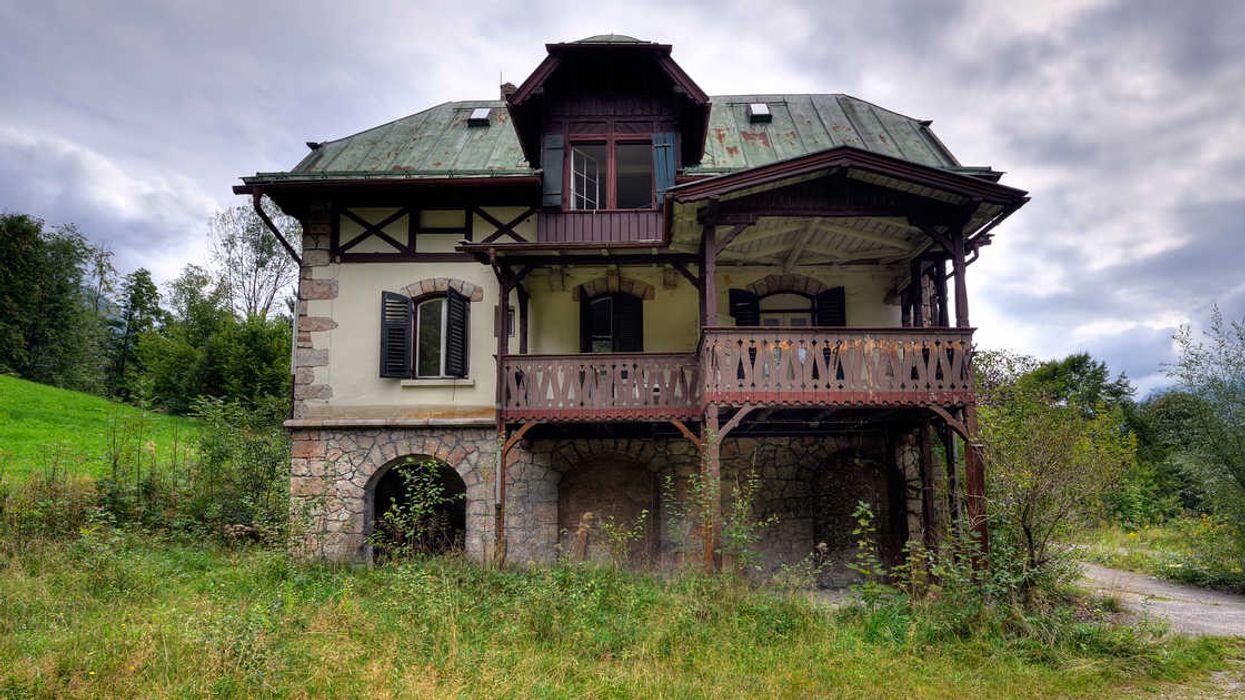 Summer is pretty much behind us and we’re back to the daily grind of school and work. Which means fall is here and all the awesome things that come with it! Sweater weather and changing colours are upon us, and everyone knows that the next big holiday to focus on after Labour Day has passed is Halloween!

READ ALSO: Canada Has It's Own Lochness Monster Called The "Ogopogo" And This Is What You Need To Know

Halloween is an iconic event that everyone loves to dress up for and go all out — whether it's having a seriously Instaworthy costume, carving pumpkins, or throwing a party to celebrate.

The Halloween season obviously includes spooky and creepy times and gives people a reason to get scared, such as through haunted houses or scary movies. But are you sick of going to all the same Halloween-themed events, watching the same scary movies, or doing the same festivities to celebrate?

British Columbia actually has several places that are sure to give you the creeps. There are a ton of creepy, abandoned, and supposedly haunted spots throughout the province. Some seriously mysterious things have happened in B.C. throughout the years and remained unsolved.

So, if you want to try something new this Halloween and give yourself a real scare, why not explore the eerie places in Vancouver and across B.C.? Whether you want to check out believed-to-be-haunted spots in the city or abandoned ghost towns in the province, there is sure to be a place to give you the chills.

Are you ready to get spooked? Then check out these seriously creepy B.C. spots this Halloween season.

This abandoned psychiatric hospital is sure to send shivers down your spine. This is one of the most famous haunted buildings in the city. The abandoned hospital was once called the Riverview Insane Asylum but fully closed down just eight years ago in 2010.

A janitor who worked there after it closed said he would hear snickering sounds. This creepy place has unsurprisingly been the set for many famous scary and creepy films, such as Saw, Watchmen, Smallville, The X Files, and Supernatural.

This may not be known to many, but this famous hotel in Vancouver has been believed to be haunted for decades. The Fairmont Hotel Vancouver opened all the way back in 1939 and is believed to be home to the famous "Lady In Red" ghost of a Vancouver Socialite, Jennie Pearl Cox. The hotel itself has even acknowledged the haunting of this ghost on their grounds, writing a post on their website explaining who the "Lady In Red" is and she is said to have spooked many guests and staff alike in the past.

One story the Fairmont Hotel themselves tell is that this ghost spooked a cameraman from the show The X-Files, resulting him to leave his equipment and not return to work. Another famous tale is a Japanese couple entered their hotel room only to see a lady in a long red dress. Believing they were double booked, they went to the reception, only to find out the tale of the "Lady In Red". This ghost is believed to live on the 14th floor, so you can wander onto the floor and see if you spot her. However, the hotel does call her a "very kind spirit."

Many hotels in B.C. have a history of being deemed haunted, and the famous Empress Hotel in downtown Victoria is another Fairmont hotel falling under that category. This is the oldest and most well-known hotel in Victoria and has welcomed many famous guests, some of which are believed to have stayed at the hotel even after their death.

Several guests and staff have reported seeing the ghost of a mustached man with a cane around the hotel, who is believed to be Francis Rattenbury. He was the hotel's architect and was murdered by his chauffeur, who just happened to be his wife's lover. Other ghosts that people have claimed to see are a hotel maid sweeping on the sixth floor and an old woman wandering in her pajamas — her hotel room ended up being replaced with an elevator.

This is a beautiful manor in the expensive neighbourhood of Shaughnessy, but this 20th-century mansion is believed to be haunted by not only one, but seven ghosts. Many people have reported haunted encounters in the mansion, which was once a hospital for war veterans, from guests and employees alike.

“When I walk into certain rooms, you get that cold chill right up your spine that stands your hairs up on end,” said Robert Giardino, who was a Hycroft employee. “And it’s not the kind that you feel ‘oh it’s cold,' it’s the kind that you feel there’s something there that gives you that little fright.” There have been many rumours of the ghosts that roam the halls.

Deadman's Island is now a naval base close to Stanley Park, and you've probably seen it when biking around the park. But it was once the exile island for smallpox victims and the city's first graveyard.

There have been several alleged sightings of all things paranormal, such as people claiming they heard footsteps and furniture being moved when they were on the island alone and others reporting seeing an abnormal glow in human form through the trees.

If you want to check out an abandoned ghost town just an hour and a half from Vancouver, visit the Parkhurst Ghost Town near Whistler. This was once a small logging town born in 1926 and abandoned in 1966. Now over 50 years later, parts of the town still remain in place.

Unfortunately, you won't see the abandoned logging town in its entirety because the winter weather has destroyed several of the houses, but there are still cool remnants behind, such as abandoned vehicles and collapsed houses. One of the coolest parts of this ghost town adventure is that it requires an easy trek. You can reach it with a short and easy two- to three-hour roundtrip hike, by bike, with a boat, or with a kayak or canoe.

This allegedly haunted hotel and popular photo spot is right in downtown Vancouver, across from English Bay. Built in 1912, people have claimed to experience paranormal activity in one room at the Sylvia Hotel, namely room number 604. Both hotel employees and guests have claimed to see objects moving by themselves and felt a ghostly presence.

One guest even took to TripAdvisor to review that the hotel was haunted, claiming that she stayed in room 604 and she felt someone unseen sitting on her twice. You've probably visited this supposedly haunted place and didn't even realize it. Waterfront Station in downtown Vancouver is believed to be home to all sorts of paranormal activity.

There have been rumours that the night security guards frequently quit because of all the spooky things that go on during their late shifts. The building is believed to be frequented by several different ghosts. The authorities have only been able to identify eight of the feet found – and the others remain a mystery. Of those eight feet identified, only two were pairs and according to the coroner's office, the other feet were from men. The latest sighting was on February 7, 2016 when a new one was found by a hiker on Botanical Beach. Just five days later, another one was seen, in while the authorities confirmed to be its pair.

This is more of a funny one than spooky, but this abandoned 187-foot-long barge used to be none other than a floating McDs. Although you can't access this once floating fast food joint, you can still see it from the shores of the Fraser River in Maple Ridge.

You might not be haunted by any ghosts here but many ghosts of memory past like the bad experiences you may have had getting McDs. Plus the barge itself can be a creepy, abandoned sight to behold. The barge was first build for Expo '86 but became abandoned after the event.