We can't think of a more perfect combination! 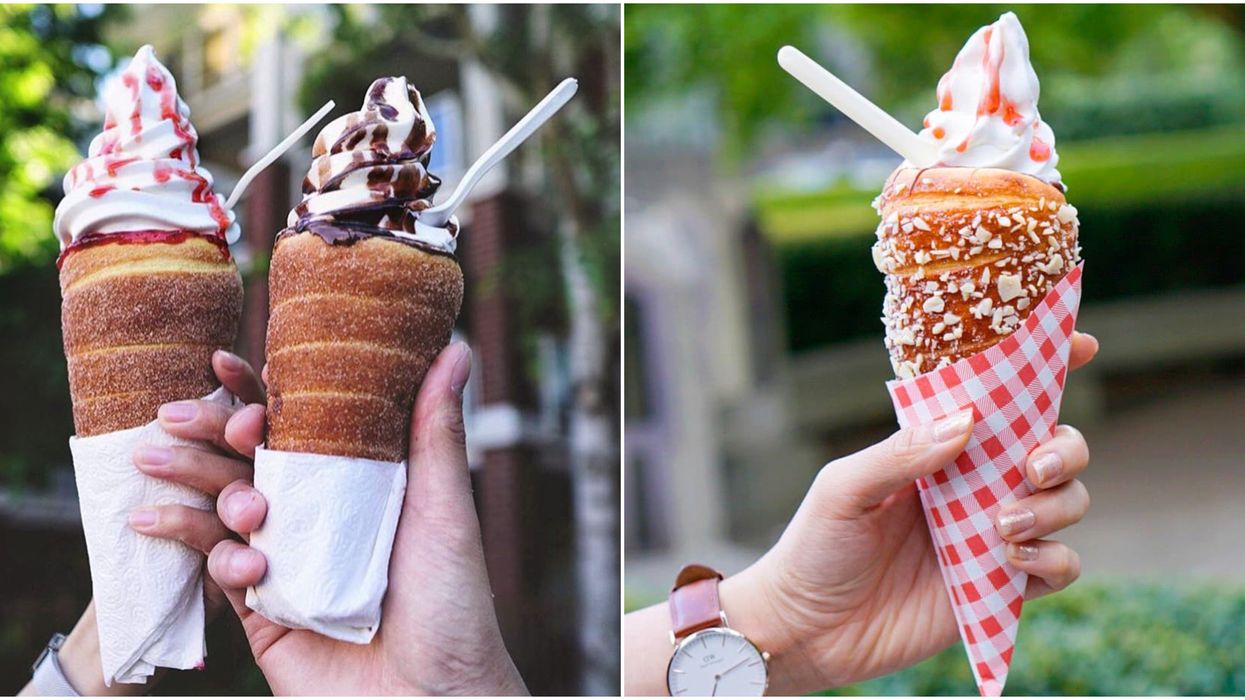 With summer upon us, the one thing we can't get enough of is ice-cream. No matter how many new ice-cream spots open up around town, we can never get sick of it! Luckily, more and more unique dessert stores have been opening as of late, and we're totally here for it.

Nothing beats a food hybrid however, and this Vancouver food truck is serving up soft-serve ice-cream in chimney cakes - a pastry that is reminiscent of a cinnamon donut. The Praguery features freshly-baked chimney cakes inspired by the popular Czech dessert trdelnik, and fills them with soft-serve ice-cream and coated with premium toppings. If you're wondering what a chimney cake is, it is very similar to a tradiational donut! It is a yeast raised pastry that is baked on an open grill (as opposed to donuts which get deep fried in oil) and then topped with cinnamon sugar whilst still piping hot.

There are an assortment of available flavours including berry and lemon, but our top pick is topped with nutella and shredded almonds. Besides tasting amazing, these chimney cakes are also super photogenic! The Praguery food truck can be found at the Fair at PNE this summer season, however you can also check the Street Food App for their exact location.