Vancouver local finds the most creative way to push a car out of the snow during storm. 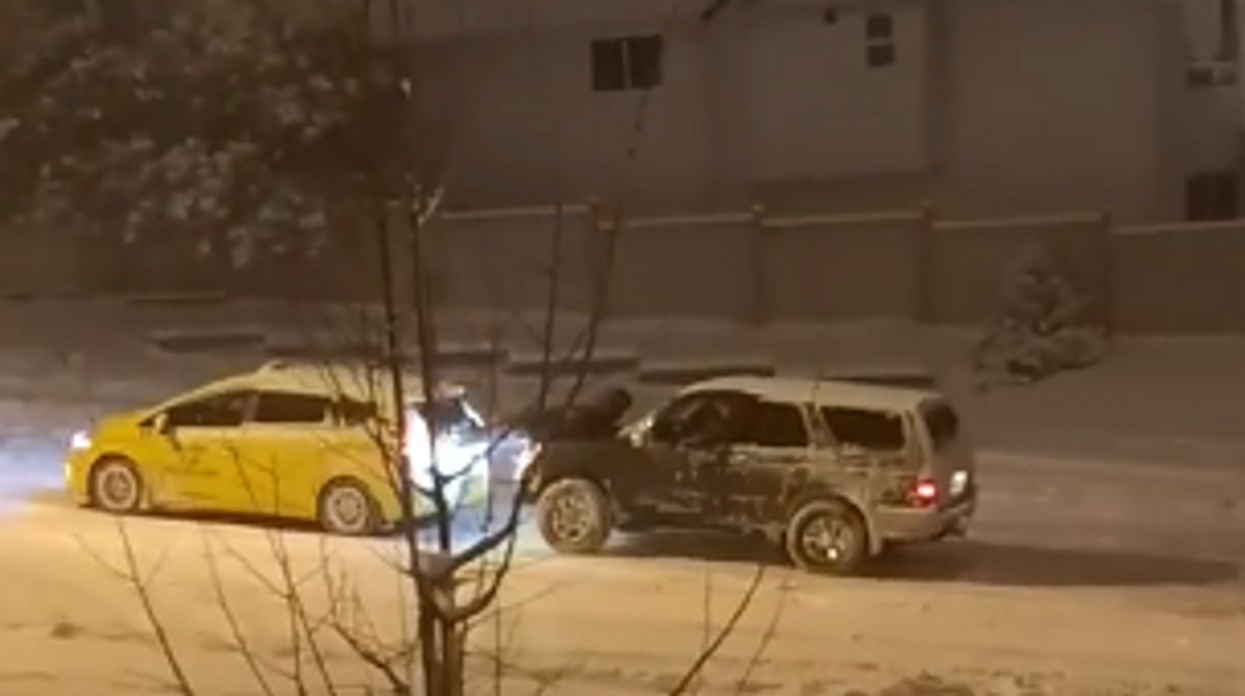 The snow is real and out in full force. According to The Weather Network, this is the most snow BC has seen in over a decade, and Vancouver is no exception. With an additional 15 cm anticipated to hit the city today, no one in the Vancouver area is exempt from the frigid weather. Weather like this brings with is a whole bunch of obstacles, including navigating the snowy roads.

One Vancouver taxi driver recently got to experience the terrible effects of snow after getting stuck on a residential street. Lucky for us, our fellow Canadians are always there to give us a helping hand, or body part, and film us for the sake of entertainment!

READ ALSO: Canada Post Confirms That Some BC Residents Will Not Receive Deliveries Today Due To Snowstorm

According to a video posted by Jonnie P Daguno on Facebook, a not so lucky taxi driver got stuck on a residential street on Surrey Road in Surrey, BC. Thankfully, there was a fast acting Vancouverite that used his head, and body, to get the driver out. Thank you Daguno for filming the entire ordeal because this is absolutely hilarious!

READ ALSO: Vancouver Is About Ready To Give Up On TransLink Following This Morning's Chaos On The Expo Line

The video shows the Vancouver area resident placing their body in-between the taxi and a van parked directly behind them. In order to get the car moving, the person lays their body on top of the vehicle behind the taxi and uses his legs to push the snowed-in car to get it moving.

Surprisingly enough the idea works brilliantly. The taxi, the helpful citizen, and the van are then seen driving along for several feet like nothing is out of the ordinary. Didn’t someone famous once say “it’s so crazy, it just might work?” I think this is what they were referring to.

Locals began commenting on the video and joking that the helpful resident must hit the gym often considering he has such strong leg power.

The video has since been posted on Facebook and is now going viral! So far, the video has over 1,600 reactions, most of which are laughing and shocked emojis. It also has over 6,000 shares which means it is well on it’s way to full-fledged viral video status.

Don't feel bad taxi driver. All of Vancouver has been feeling the effects of this wicked snowfall. Since this morning, major public transit systems have been experiencing long delays and even closures, making going anywhere an absolute nightmare. At least this was a little bit of comic relief in a time of need.

READ ALSO: Parts Of Vancouver Are Shutting Down As The City Braces For Another Snow Storm Today

While this is funny and apparently effective, we do not condone this behaviour. Just call BCAA.