Uber & Lyft Are In Vancouver Now, But They've Got Major Differences

The two companies are now competing for Vancouver's rides. 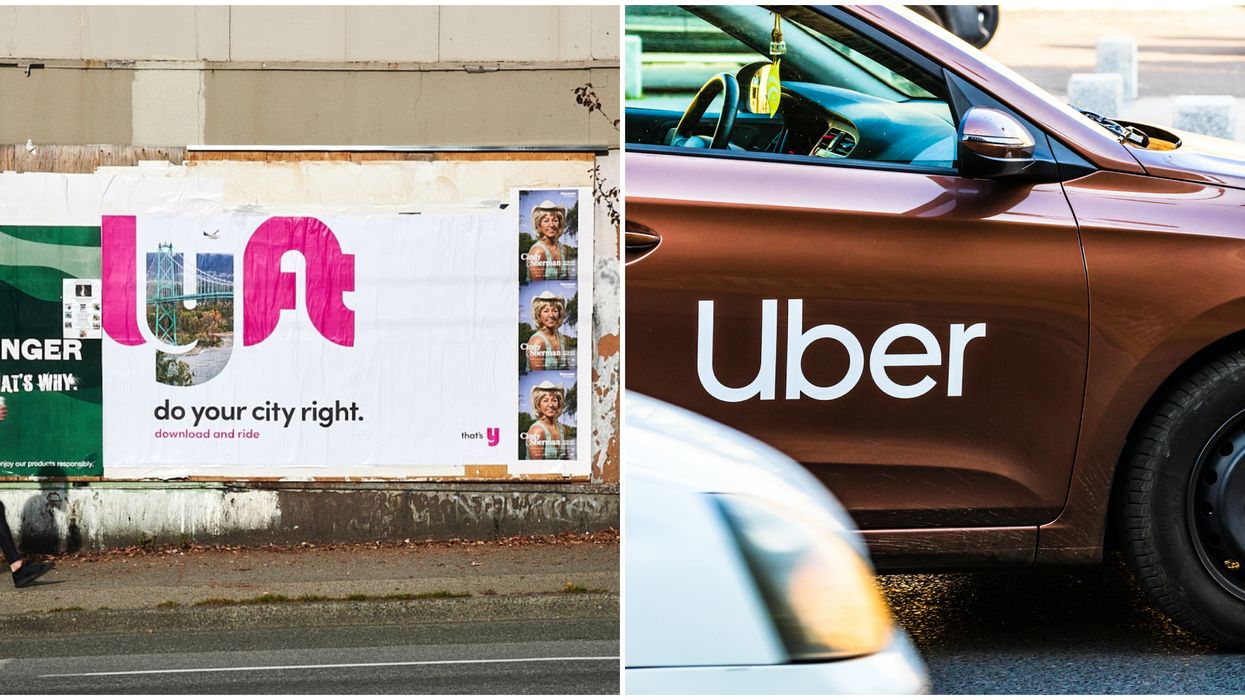 At long last, ride-hailing has begun in Vancity. The launch of Uber and Lyft in Vancouver, B.C. on January 24 has been met with much excitement, after a wait that seemed like it was never going to end. Both services are now operating in the city and many Vancouverites seem eager to take them for a test ride.

Uber originally announced its official launch time as 11:00 a.m. PST, reports News1130. However, after Lyft held a news conference at 8:00 a.m. on Friday morning, the two services reportedly began operations ahead of schedule.

Now that both Uber and Lyft are live in Metro Vancouver, people have the liberty to choose which service they will try first.

However, there are a couple of differences between the two that you might want to consider before you book your ride.

First, it's worth noting that the two are practically identical in price. Uber's base fare and booking fee totals to $4.50 per ride, whereas Lyft charges $5. Lyft will only cost you 65 cents per kilometre, and 70 cents per kilometre with Uber. Both companies charge 33 cents per minute.

Lyft is covering less ground than Uber, at least to begin with. Lyft is servicing the Vancouver International Airport, Pacific National Exhibition and City of Vancouver core. Their area of service is bordered by Dunbar Street, 41st Avenue and Victoria Drive.

Lyft says that they plan to expand their operating area as "more drivers join the community." Here's a map of the area that Lyft services.

Meanwhile, Uber covers practically the entire Lower Mainland and plans to service all of Metro Vancouver "soon." Right now, Coquitlam, Richmond,  Surrey and part of Delta are all within Uber's range.

This is a map of the entire service area covered by Uber as of January 24, 2020.

The Breaker.news even compared prices between the two services from the airport to city hall. Based on these screengrabs, it seems that Uber is a little bit cheaper.

It's an exciting day to get around Vancouver, and with their launches well underway, the city now has more options than ever.