This is why Vancouver loves you, Jay. 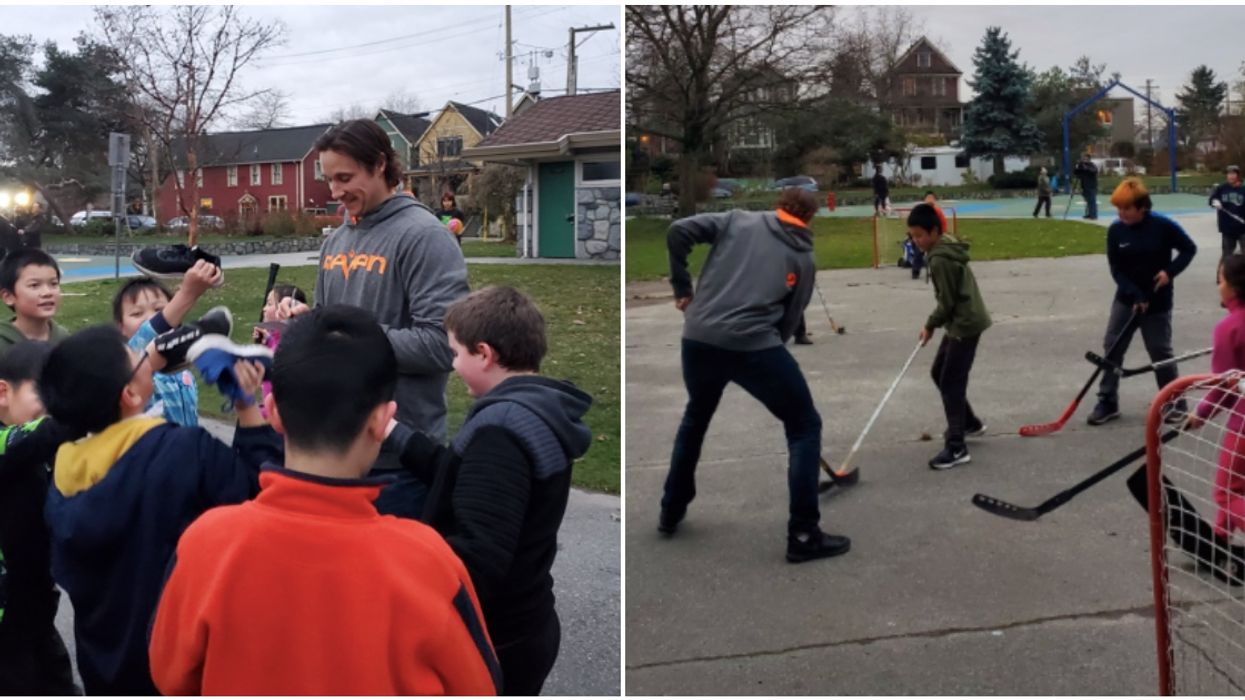 Get ready for a big dose of wholesome content. Vancouver Canucks player Jay Beagle just reminded us all why he's one of our favourites on the team. The season may be in full swing, but Beagle took time out of his schedule to play a surprise street hockey game with a group of kids in Vancouver on Thursday afternoon.

The kids are part of a homework club put on by the Union Gospel Mission, an organization that fights poverty, homelessness and addiction in Vancouver.

The UGM shared a series of photos of the exciting visit, expressing their gratitude to Beagle for "showing these kids they matter."

“WOW! What a day think you @canucks player Jay Beagle for coming to play hockey with the kids in our homework club Eastsiders program we’re blown away by your compassion!" they wrote.

In the footage, you can see Beagle taking on the kids in the sport he knows best. He also happily signed plenty of autographs for the starstruck kids following the game.

Beagle told CTV News that he enjoys visiting different organizations that do so much good for the community.

In one of the videos, you see Beagle and his team actually score a goal. He may not have scored it himself, but he did have a pretty good assist.

Even the kids on the opposing team erupted in cheers. It’s clear this game meant a lot to them, and it's so heartwarming to see.

Once the game was done, Beagle took a group picture with the kids so they could remember this day forever.

Jeremy Hunka with the UGM told CTV News that the group extended the invitation for Beagle to come down and visit and they are so happy he accepted.

Amazing!! HUUUUGE thanks to the @Canucks and Jay Beagle for spending time playing street hockey with us in the Down… https://t.co/1TDqpGWPjZ
— Jeremy Hunka (@Jeremy Hunka)1575593470.0

Hunka also stated that a lot of families in the Downtown Eastside don’t have the opportunity to go to the hockey games, so having a real Vancouver Canucks player spend time with them was extra special.

Beagle isn't the only Canuck who's good at doing the right thing. 21-year-old Elias Peterson gave a fan the most heartwarming apology after accidentally hitting them with a puck during a game.

Leave it to our Vancouver boys to put a smile on their fans' faces when they need it most.