Brockin' around the Christmas tree! 🎄 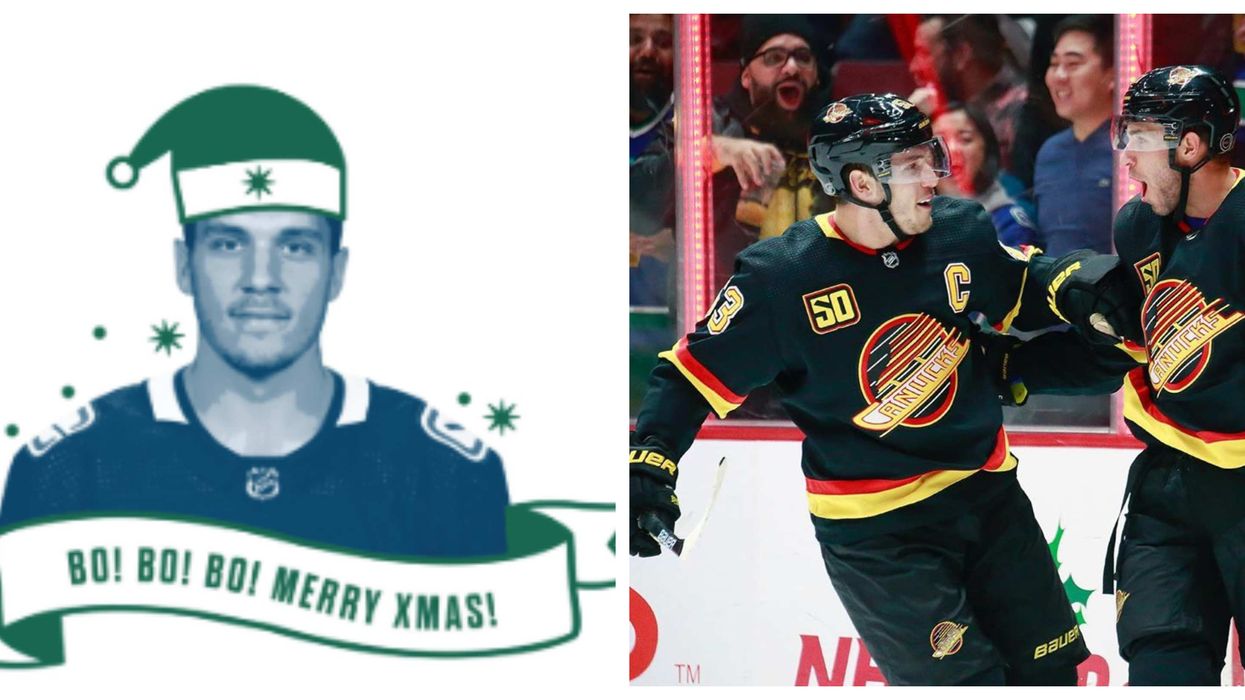 If there are any Canucks fans on your Christmas list this season, then you're in luck. The hockey team tweeted out their unofficial Christmas cards for the season that you can print out for free to put a smile on any fan's face. Fair warning — they're super cheesy and we kind of love them. These Vancouver Canucks' Christmas cards are totally free, making them a budget-friendly addition to your gifts this season.

Anyone who loves puns or can stand a little bit of cheese will love these cards.

With captions like "Troy to the world" and "Quinnter wonderland," they really went for the cheese when they drew these up.

Bo Horvat, the captain of the Canucks, simply got, "Bo! Bo! Bo! Merry Xmas!" as his caption.

If you can't afford to gift the Cancuks fan in your life with hockey tickets or a jersey this season, then the least you can do is print off one of these silly cards for them since they're totally free.

The cards are pretty cute if you can handle all the cheese.

"Troy to the World & Jingle Bell Brock" reads the tweet from the Canucks.

Maybe these hilarious missed opportunities will make the cut next year.