They also payed tribute to the legend at the game. 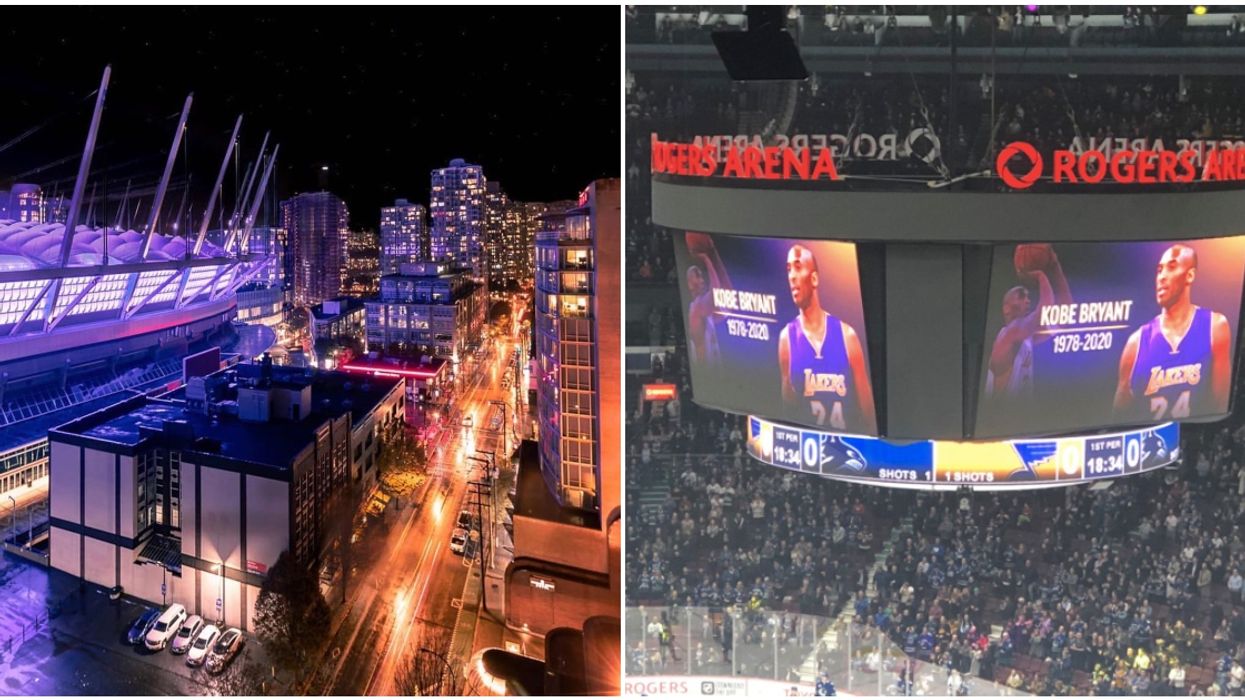 The NBA legend Kobe Bryant died just a few short days ago. He, his daughter, and seven others were in a helicopter crash in California that claimed the lives of everyone on board.

Since then, the world has been grieving the loss of the star and his 13-year-old daughter Gianna.

Even the Mercedes Benz Stadium in Atlanta changed their lights to gold and purple in honour of the massive basketball star.

But it’s not just our neighbours to the south that are grieving this loss and paying sports-related tributes.

During last night's Canucks game in Vancouver, Bryant was thrown a mini memorial.

After Vancouverites have shared images of last night's emotional events, it’s hard not to feel the love that everyone had for the player.

According to the images, the outside of the arena even lit up with purple lights; a tribute to the former Lakers star.

During the game against the St. Louis Blues, Bryant's picture was put up on the big screen alongside his birth and death years.

The 42-year-old was honoured by the anthem singer Karen Lee Batten as she appeared on the ice sporting a Lakers jersey with the number 24 on it.

It wasn’t just the singer who showed her support.

Several other fans were pictured wearing Lakers jerseys to the Canucks game; proving that love for sports and beloved players runs deep.

Outside the arena, purple and gold lights were lit that were so bright they could be seen across the city.

Everyone who attended the game has been posting videos and photos online of the tribute. One Twitter user wrote "a short yet classy tribute to the late Kobe Bryant."

According to one video, everyone in the entire audience stood up to applaud the hero when recognitions were given.

“The Vancouver Canucks would like to acknowledge the passing of Kobe Bryant, his daughter, and other lives lost in yesterday's tragic accident. Kobe was a true legend…and our condolences go to family, friends, and to all those he inspired,” said the Vancouver Canucks tribute to a crowd full of sports fans.

Vancouver wasn’t the only city that paid tribute to the fallen star in this way.

Spaces like the Scotiabank Arena and the CN Tower all did their part and recognized the impactful player.