The salting trucks are ready. 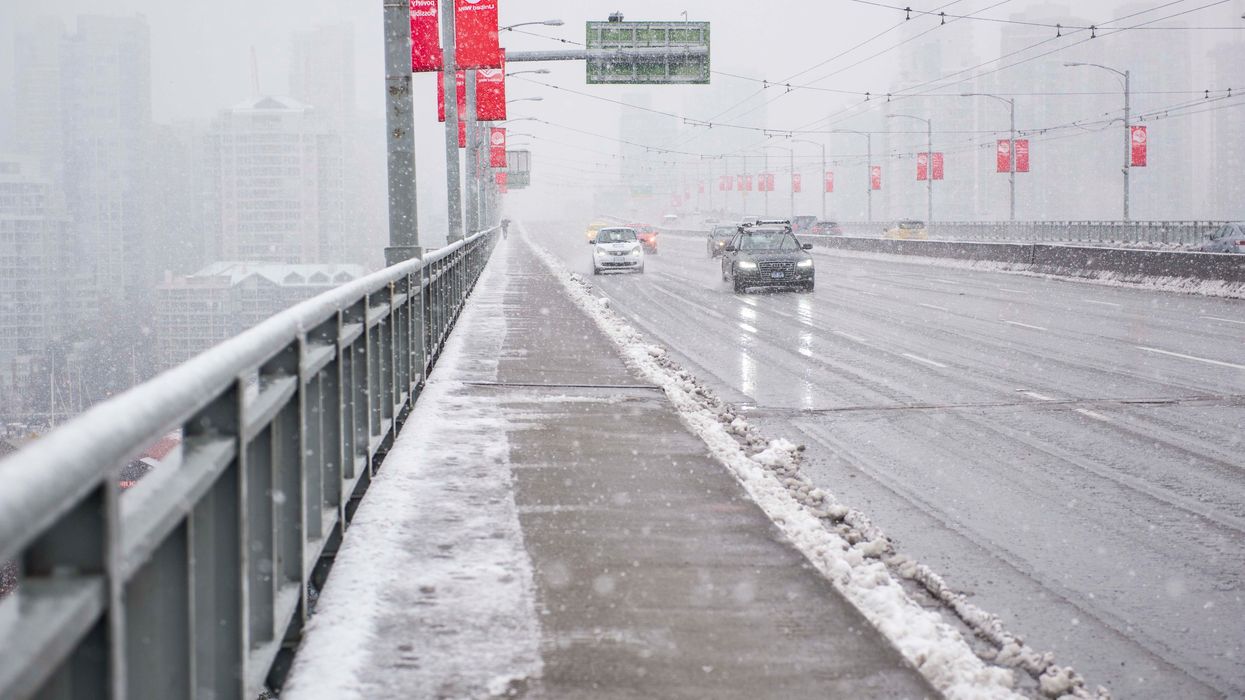 As all Canadians know, Vancouver does not know how to deal with cold weather. But nobody could fault the preparedness of the City of Vancouver for snow this weekend. The salting trucks are ready and the local authority has already issued guidance to residents on how they can prepare for potential snowfall.

In January, Vancouver was hit by the sort of snowfall that is normal across the rest of the country and it had some serious problems.

Schools were closed, roads were disrupted, and public transport was in meltdown down.

But with “a chance of freezing temperatures and wet snow mixing with rain into the weekend,” Vancity is prepared to do better this time.

In a statement on Thursday, March 5, the City of Vancouver said its “staff and salting/plow trucks are readied for deployment with a focus on keeping arterial routes, walking and cycling routes, and hills free of ice.”

The warning came as a surprise to some Vancouver Twitter users, who pointed out that, as of the morning of Friday, March 6, they were experiencing a fine, sunny day.

There's currently a mixture of rain and snow in the forecast for today. Stay safe by driving for potential conditio… https://t.co/slDwvmum1C
— City of Vancouver (@City of Vancouver)1583503310.0

The authority is also asking drivers to be ready for wet and icy road conditions.

Drivers are asked to “use winter tires that display the three-peaked mountain and snowflake symbol or the mud and snow (M+S) symbol, with at least a 3.5mm tread.”

On Twitter, the City even provided a link to its tips on how residents should remove snow from streets and sidewalks.

It has also had to issue an alert for its homeless residents.

The Homelessness Services Association of B.C. has an “extreme weather alert” out between Thursday, March 5, and Sunday, March 8.

Locals sleeping outside are being urged to visit Powell Street Getaway warming centre or one of the extreme weather shelters across the city.

Elsewhere in Canada, Ottawa is expecting up to 10 centimetres of snow to fall on Friday, March 6.

And it’s a similar story in Toronto, which could also get 10 centimetres.

Albertans have also been warned to expect a snow dump over the weekend, as well as a significant temperature plunge.