This proposed development would transform Vancouver. 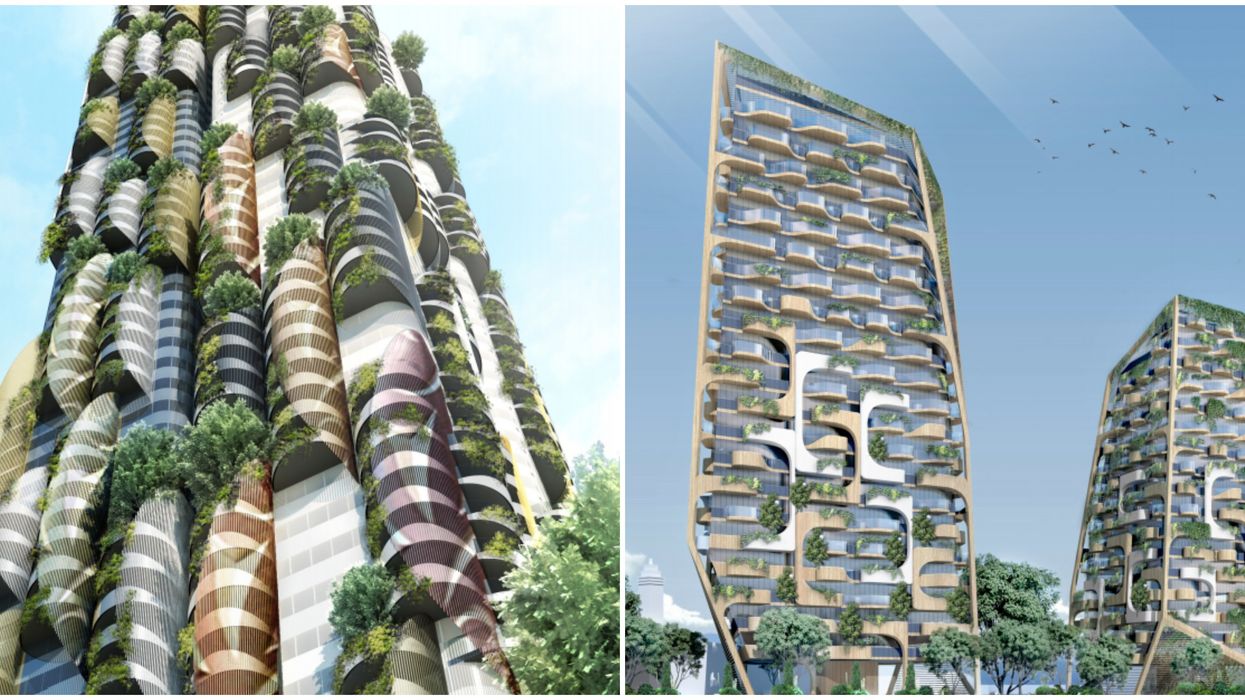 Everyone knows that Vancouver is a city that stays magically green year-round, but in the next few years, the city could be looking even more green. The Squamish Nation has plans to create a massive development on their land including 11 tree-covered towers. This Vancouver green towers project would forever change the look of the city with its unique and futuristic vibe.

According to the Globe and Mail, this development will include 6,000 units and most of them will be rentals. The project is a collaboration between the Squamish Nation, Revery Architecture and Westbank. The development would take place on the Indigenous land around the west end of the Burrard Street Bridge.

The renderings of the project are breathtaking. Bright white towers dappled with trees and dripping with greenery look like they're springing up from the ground around the bridge. The buildings look totally futuristic like they're pulled straight out of a sci-fi movie. Plus, they're super tall and will tower over Vancouver.

According to the Globe and Mail, the tallest tower will be 56 storeys. That's especially massive for the Kitsilano neighbourhood and it will be one of the tallest buildings outside of the downtown core. This project will totally stand out and be an eye-catching addition to the city skyline.

As you can see from the incredible renderings, the project would transform this neighbourhood and bring a ton of greenery to an already green city.

Westbank is a popular developer in Vancouver. They're just now wrapping on the soon-to-be iconic Vancouver House development across False Creek. Plus, they've also got an amazing lantern-inspired building in the works right next to the Vancouver Central Library.

Vancouver is a rapidly changing city that will probably end up looking vastly different in the next few years. The city is planning to completely revamp the Granville Street Bridge close to the proposed development soon.