Vancouver Is Expected To See Some Seriously Bizarre Weather This Week

Vancouver expects sun and snow in the following 10 days. 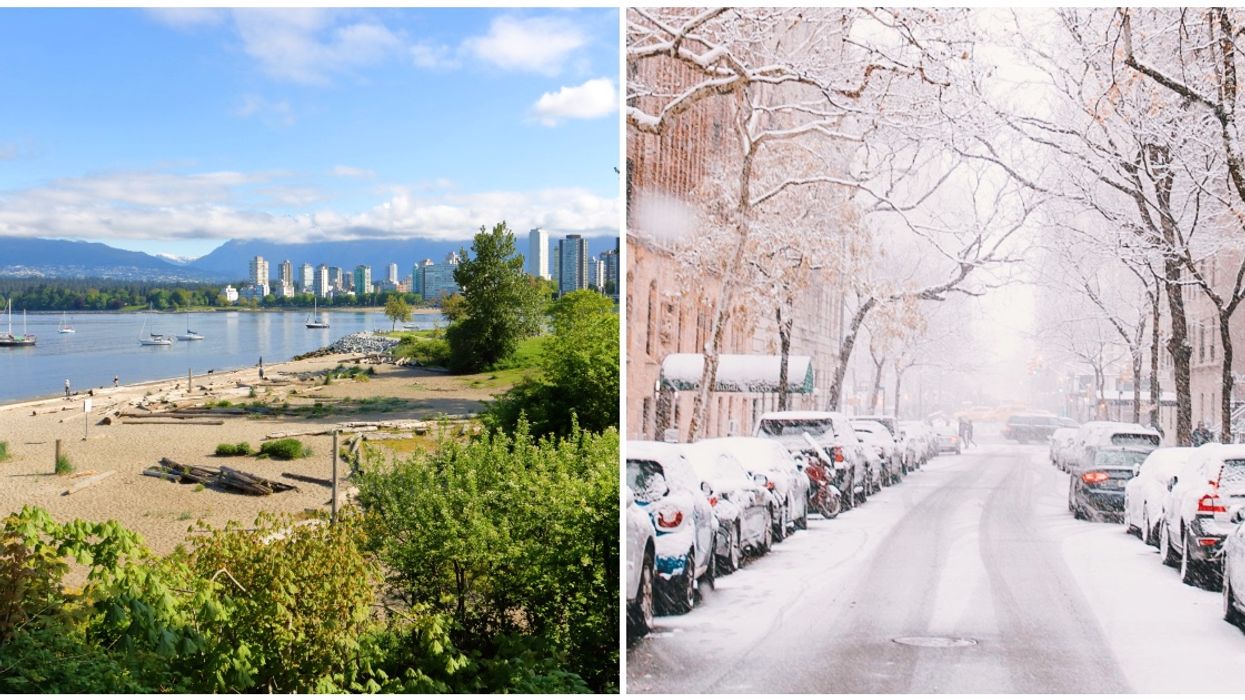 Just when you thought we were done reporting on the weird weather patterns in Vancouver, we are back with another and this one is quite the doozy. Apparently, the weather in Vancouver is a tad confused this week and doesn’t know what it wants to do. So as a result, the city of Vancouver is about to experience some seriously bizarre weather this upcoming week.

While The Weather Network said we would be experiencing spring-like temperatures in March, they didn’t explain hat we could also be seeing a mix of everything including snow! That's right Vancouver, more snow!

According to The Weather Channel, Vancouver will be getting a mixed bag of weather conditions from now until next Friday. For the most part, this 10-day forecast is calling for daytime highs between four and eight degrees Celsius, which isn’t too bad!

Daytime lows will vary between zero and minus four! I don’t know about you, but that’s chilly! But then there's also periods of snowfall and rain thrown in there too!

Via The Weather Channel

Visibility will also be different throughout the week, often shifting throughout the day. Vancouver is expected anything from extremely sunny, mainly cloudy, and a mix of sun and cloud days throughout this entire week.

To confuse you even more on how to dress, cloud coverage will vary throughout the day!

Wednesday is shaping up to be the nicest day! With plus eight in the forecast and sunny skies, we could actually be getting some of that vitamin D! Patio drink anyone?

READ ALSO: Victoria's Secret Will Close Down 3 Stores In Canada, Here's What We Know

Thursday is anticipated to be filled with rain. While it’s not the best weather prediction, at least us Vancouverites are always prepared for rain. To top off this weird weather, Friday is calling for snow. Apparently, that white stuff that falls out of the sky every year is not done yet.

According to The Weather Channel, Friday has a 50% chance of snow in the morning. Following the snow, showers are to be expected to occur in the afternoon. With a daytime high of seven degrees Celsius, Friday is shaping up the be the most bizarre day out of the entire 10-day forecast.

I guess we just have to prepare for a little bit of everything, Vancouver. Enjoy the sun this weekend while you can!