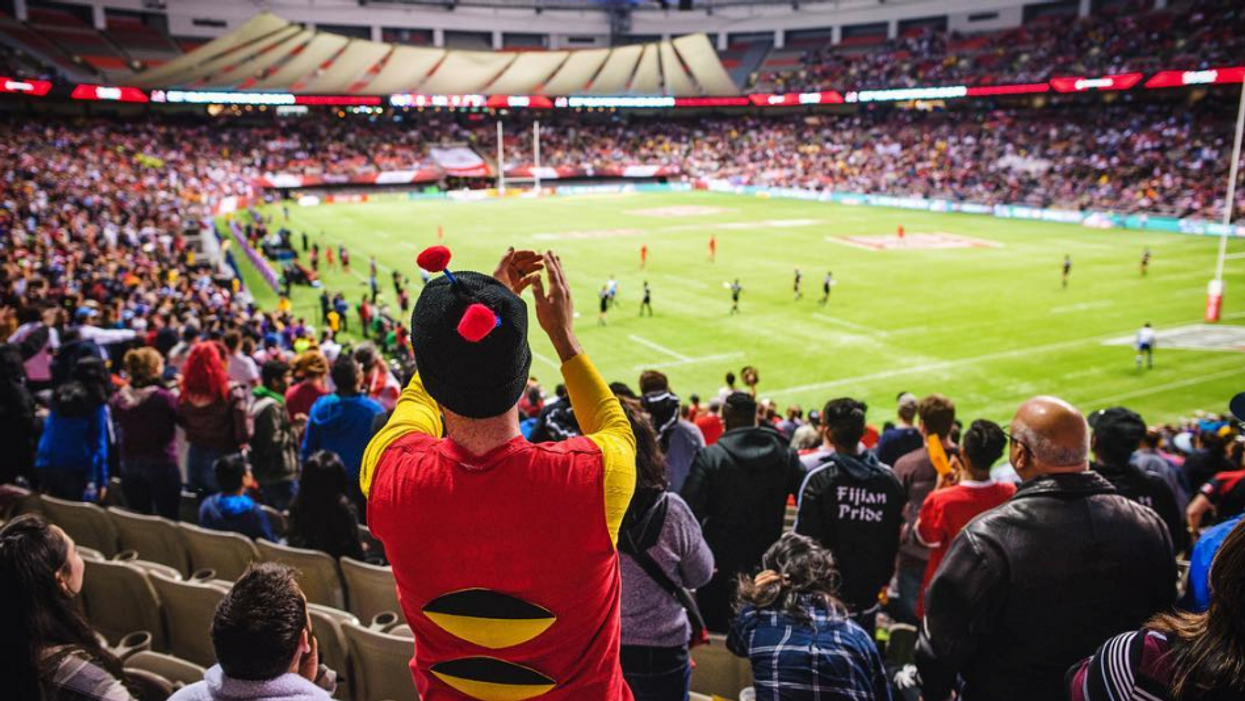 The Rugby Sevens never fails to be a hit with Vancouverites. If you don't know what it is, it's a two-day indoor rugby tournament held at BC Place that always brings some wild times to the city. So far, over 213,000 people have attended the event in Vancouver since it started three years ago, according to Global News.

Ever since it started in Vancouver in 2016, attendance has grown immensely each year. People love to dress up in crazy costumes and drink their day away while cheering on rugby teams in the stadium.

Rugby Canada announced today on March 6 that the popular tournament is here to stay in Vancouver - for the next four years, at least. They made the announcement in a news release. We could not be more excited for this wild event to return to the city for the upcoming years.

"With just days remaining before the fourth and final year of its four-year hosting agreement with World Rugby, Rugby Canada announced today that Canada will again host one of 10 stops on the HSBC World Rugby Sevens Series from 2020 to 2023," read the release.

This renewal is due to the huge success that the tournament has been in Vancouver for the past few years. Rugby Canada says in their news release that the event has been growing every year. It even broke records as the largest rugby event in all of Canada every single year since it started in Vancouver.

Not only is the tournament growing popularity for rugby in Canada, but it also is financially beneficial to BC. "In its’ first three years, The HSBC Canada Sevens tournament has continually raised the bar for rugby in Canada, sparking greater awareness and growth while generating more than $24M in economic activity in BC on an annual basis," read the release.

This upcoming week from March 9 to 10, the Rugby Sevens in Vancouver will feature 16 of the world's top men's sevens rugby teams. This marks the sixth stop in a 10-stop world tour. To find out more about the Rugby Sevens in Vancouver, you can check out Rugby Canada's website.