With more to come. 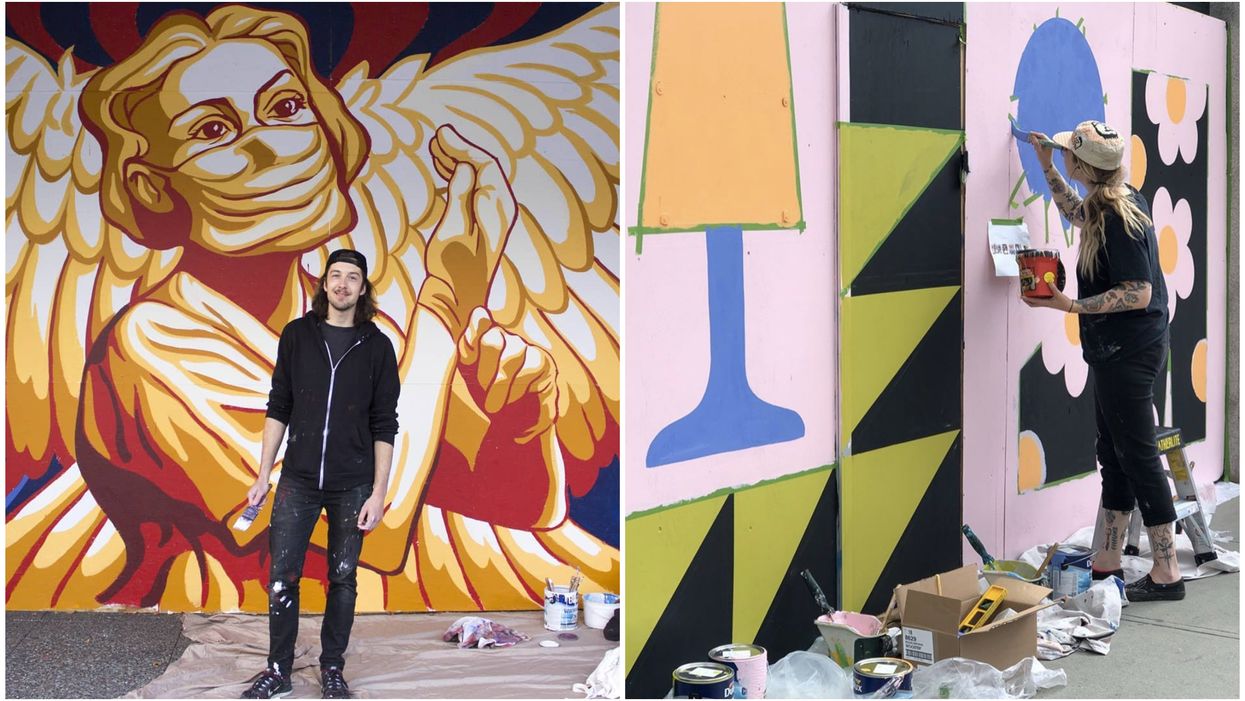 The city's streets are empty but the art is totally thriving. A giant mural event is painting the town and spreading joy to everyone. There are over 40 Vancouver murals in the making and plenty are finishing up right now.

Vancouver Mural Fest (VMF) often decorates the city in bright and beautiful paintings, but this year, they're honing in on spreading extra positivity and connection.

On Thursday, April 16 they announced that they'd help push out dozens of projects right now to decorate boarded up shops and the finished work is stunning.

They've partnered up with a ton of businesses and BIAs to promote artwork and get artists the funding they deserve.

Sandeep Johal is an award-winning Vancouver-based artist and has worked with VMF in the past.

"They wanted us to create murals that inspired joy, positivity and resilience during this trying time," she told Narcity.

According to Johal, there are over 40 murals in the making, and many will be finishing up in the next few days. Tons are already done and the streets have transformed into colourful reminders of hope.

"But as the plywood storefronts have been transformed into colourful murals with messages of hope, there’s been a collective shift."

She said plenty of passersby watched her as she worked, many of whom said her work "brightened everything up."

"One guys' response 'it's better than plywood' made me laugh out loud," she said.

In a time when many artists are losing their incomes, the festival is letting artists build connections with local shop owners and make some well-earned money. Johal said they were all compensated for their work.

We reached VMF for comment and will update this article.

According to VMF's website, they've reached the limit of murals they can oversee for now. They'll still partner up artists with businesses aching for a fresh new look, but these will be independent and self-managed.

"I feel like artists are built for pandemics," wrote Johal. "We’re used to working in isolation, we process our feelings and emotions through creative work, and now many artists are using their art to support others during this time."

"It’s a surreal time. There’s a lot of uncertainty ahead of us and people are feeling stressed and anxious," wrote Johal.

"If my mural can provide even a moment of temporary relief or a flicker of happiness, then I’ve succeeded in what I’ve set out to do."