Vancouver Woke Up To A Wet, Snowy Winter Mess & The Panic Is Real

The tweets about the chaos are hysterical. 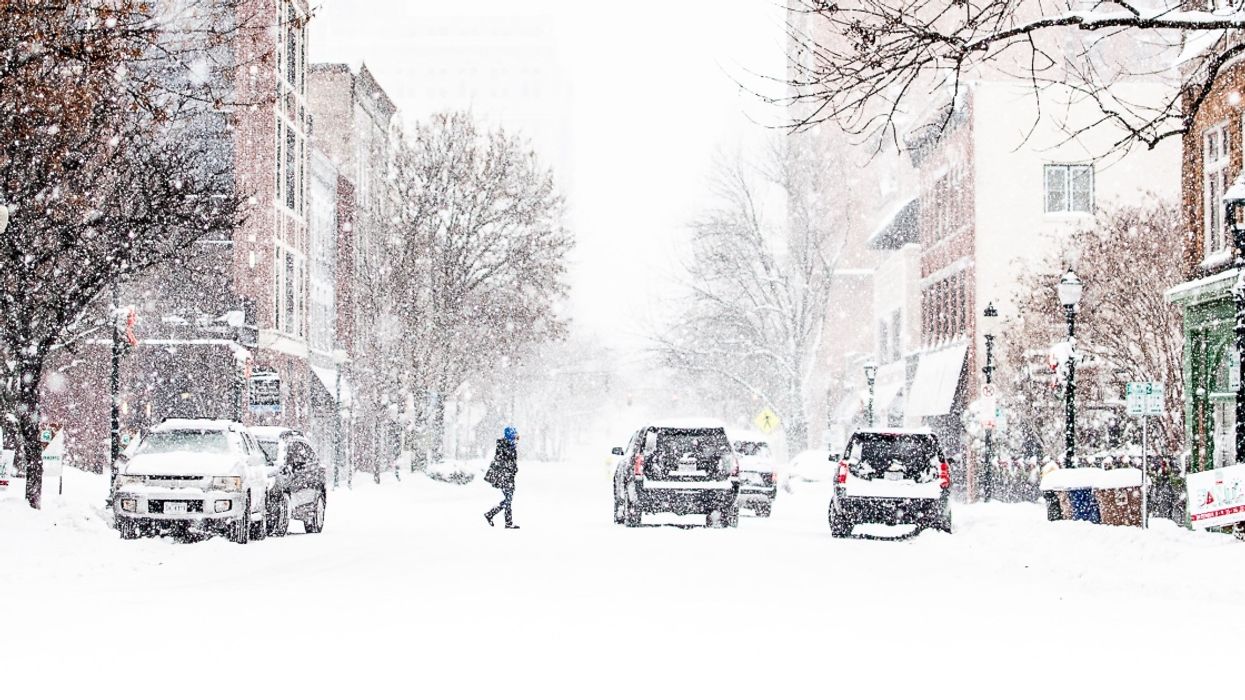 In case you haven't had a chance to look out the window or turn on The Weather Network, it’s snowing in Vancouver. While this should be a regular thing in the wintertime, Vancouver tends to get away with little to no snow. When snow does hit, usually panic ensues and today is no exception. Now, everyone is roasting everyone on the internet about the uproar. The Vancouver snowfall warning has got people either panicking or making fun of other people who are panicking.

The Farmer's Almanac predicted that Vancouver would have a milder winter and for the most part, it's been correct.

So far, the winter in Vancouver has been manageable and not too much snow has touched ground in the city.

While we have been lucky enough to avoid being the coldest place on earth, Vancouver has experienced some winter conditions.

Just one month ago, “snow” hit Vancouver and the city went wild. Complaints and stress flooded in online as the snowfall really took Vancouverites by surprise.

Now, Vancouver is getting some actual snowfall.

According to The Weather Network, snowfall warnings are in effect for Metro Vancouver and the Fraser Valley.

Experts with The Weather Network have stated that Metro Vancouver could see as much as 5 to 10 centimetres of snow today with the Fraser Valley seeing 10 to 20 centimetres.

Higher elevations may even accumulate up to 40 centimetres.

While it may not seem like much, it is enough to provoke some panic among residents.

According to the Vancouver Sun, B.C. Ferries have already cancelled sailings due to the winter storm.

A number of sailings have been cancelled including Tsawwassen to Duke Point in Nanaimo, between Horseshoe Bay and Departure Bay in Nanaimo, Tsawwassen and Swartz Bay, Tsawwassen and the Gulf Islands, Comox to Powell River, Campbell River to Quadra Island and Cortes Island, and Hornby Island to Denman Island.

Even TransLink sent out a warning to the public to be prepared for snowy and icy road conditions.

They also announced that anyone taking public transit should expect service disruptions throughout the day.

While some of the city seems to be in the middle of an all-out snowmageddon, a majority of residents aren’t that concerned and are actually over the drama.

This is vastly different than how people reacted to the snowfall last month.

According to several tweets, people are expecting the worst reactions from their fellow Vancouverites today.

From bad driving to general complaining, people have had enough of the drama and have now taken to Twitter to share their opinions about it.

Tons of people are calling out the city for falling into chaos in the face of the littlest bit of snow.

Others are worried about the drivers during times like this with many people pointing to the fact that people tend to forget how to drive in snow.

One person even said they have heard seven sirens already, although, it is hard to say if they were snow-related.

Another Twitter user said that Vancity will turn into a “city full of morons” due to the five centimetres of snow.

Happy Friday everyone! First snowfall of the year in Vancouver. Traffic is not yet a mess, but give us 3 hours and… https://t.co/VVF5YqUicB
— Margieville 🇨🇦 (@Margieville 🇨🇦)1578671808.0

It seems like the snow will be sticking around for a while.

Starting on January 15, 2020, things will be taking a chillier and snowier turn so don't expect this weather to go away anytime soon.

Maybe the best thing to do on days like this is just to stay in and watch Disney+.