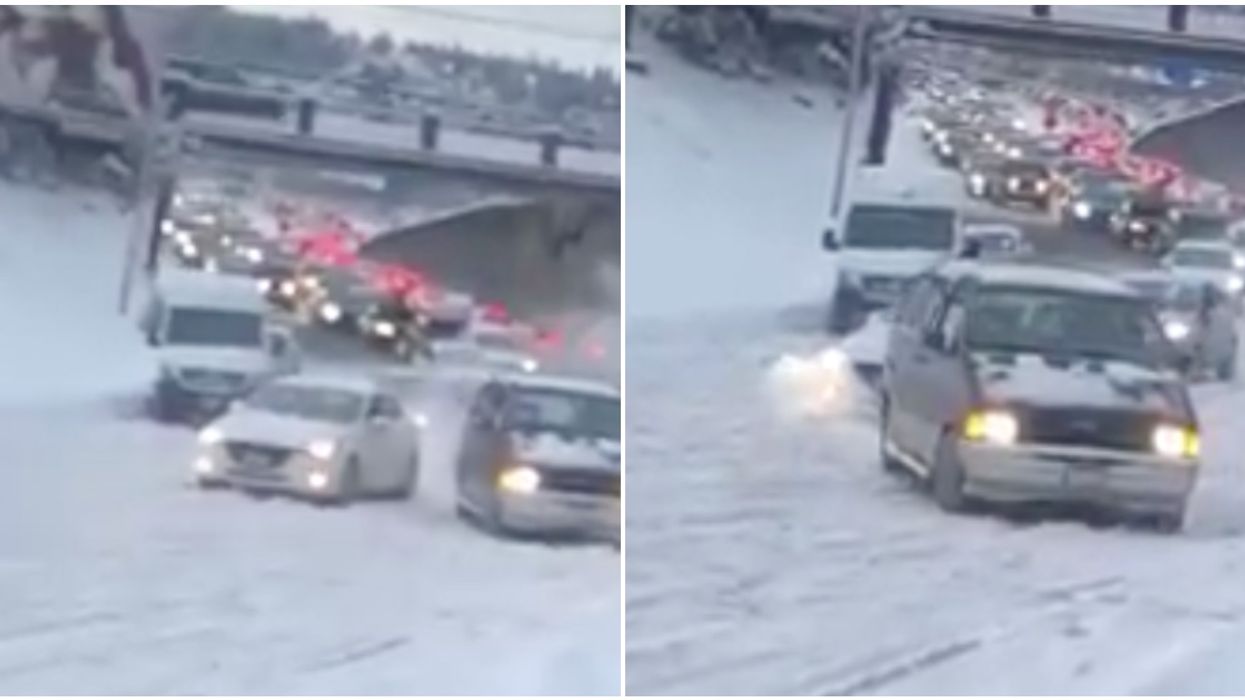 It’s snowing in Vancouver and we haven’t heard the end of it. Probably because it is literally so snowy and icy that you can skate on some of the streets. Everyone in Metro Vancouver has been posting epic videos and pictures online to show the extremity of the situation. One TikTok has perfectly summed it up. This Vancouver storm TikTok is themed after Tokyo Drift and it is going totally viral.

This week, it has been colder and snowier in Vancouver than in Toronto.

Last week, Vancouver woke up to a winter wonderland. It was absolutely beautiful and didn't seem too bad until it was time for everyone to get on the road.

Since then, even more snow has fallen and while Vancouver has moved away from the panic phase, we have now moved into the "do what you gotta do" phase.

There have been several videos and pictures posted that perfectly demonstrate the community's reactions. The videos include people skating on the streets and someone shovelling snow with a lawn chair because, why not?

With winds of up to 120 km/h in our forecast, there are no signs of things calming down so people have now decided to have a good sense of humour about the situation.

One of the latest videos going viral is actually a TikTok which is unsurprising seeing how popular the app is.

The video is hilarious and is the perfect window into what the city is like right at this moment.

In the video, you can see a van completely turned to the side but still moving forward. While it’s drifting, the clever TikTok user, Samantha Johnson, timed the video perfectly with the song Tokyo Drift by the Teriyaki Boyz.

While the van is the main focus in the video, you can see literally dozens of other cars stuck in traffic, completely unable to move.

This truly adds to the hilarity of the situation since the van is literally drifting around the other cars.

Everything about the video is epic and it is now on its way to becoming viral.

The roads may be a nightmare but at least the good people of the internet have a sense of humour in this time of need.