The vicious winter storm will last until tomorrow afternoon. 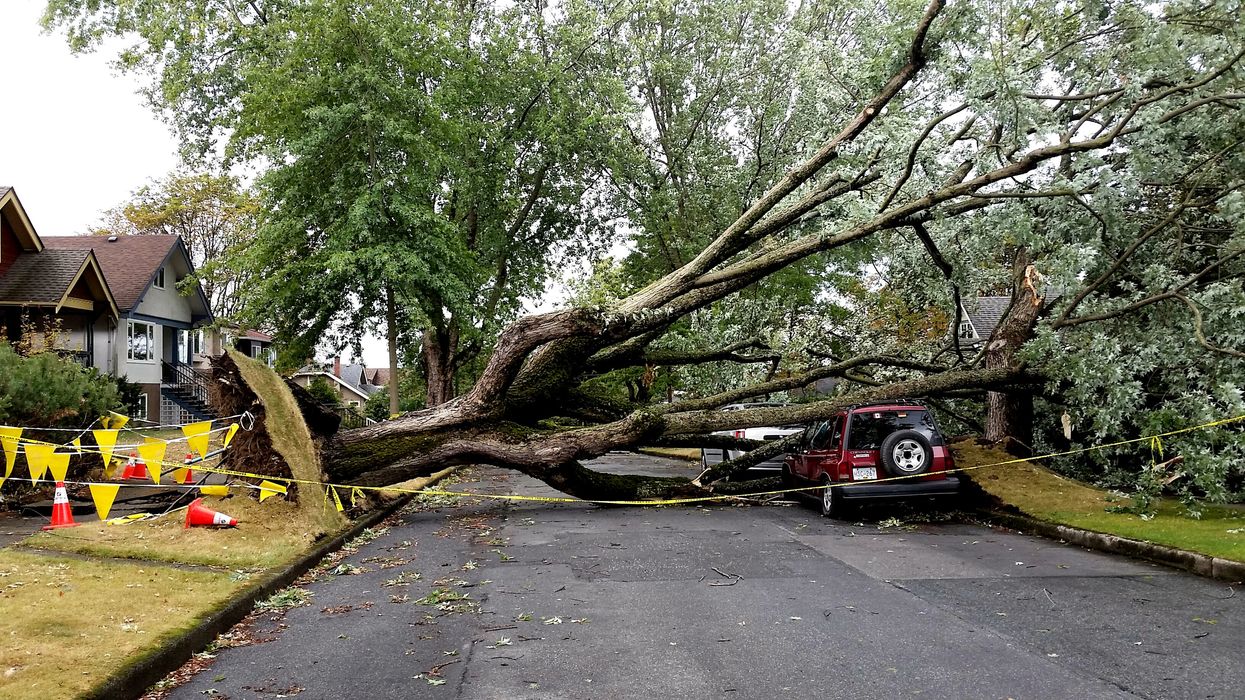 If you don't have to be out and about in Vancouver today, you should probably stay indoors, because it's going to feel like the beginning of Wizard of Oz out there. Environment Canada has issued a Vancouver wind warning for the city and surrounding areas. The warning surfaced at 7:38 a.m. this morning and the winds aren’t expected to die down until tomorrow, Saturday, January 4.

Areas that are under warning include Vancouver, Burnaby, New Westminster, Surrey, Langley, Richmond, and Delta.

The high-speed storm will be sweeping through as a result of a Pacific storm bringing wind to the coast tonight and tomorrow morning. According to Environment Canada, the winds will pick up throughout the day today reaching a remarkable 70 kilometres per hour this evening.

The intense weather will remain strong throughout Metro Vancouver until Saturday afternoon. Though wind may not sound like the worst type of weather, it can have some extremely dangerous impacts.

“Loose objects may be tossed by the wind and cause injury or damage. High winds may toss loose objects or cause tree branches to break,” Environment Canada warns in the alert.

Just this morning a rainfall warning was also issued for Metro Vancouver, though it has since been lifted. Luckily, we just have to worry about one type of severe weather at a time today.

Windstorms have been known to take down trees which proves incredibly dangerous for individuals or property beneath them. For example, if you park your car on the street, you may want to be wary of older trees nearby to make sure it doesn't fall victim to a timber.

Though the rainfall warning has been lifted, we'll still be experiencing a pretty soggy weekend.

The Weather Network predicts rain all the way through to Tuesday, January 7.

Though the rain may not be ideal, it is nothing that Vancouverites can't handle.

While many other provinces got white Christmases, B.C. stuck it out with green grass throughout the holidays. In fact, the long-term winter forecast for B.C. actually shows that it will be a milder winter than usual on the coast.

It may be warmer than other places, but it's still going to be insanely windy today so be sure to protect yourself from any potential harm.

If you've got patio furniture, put it away. Also, don't even bother with your umbrella or it'll be inside-out in seconds. Finally, stay inside whenever possible.

Good luck out there, Vancouver!