Police are asking for help after Burnaby thieves steal from mailboxes and are caught in the act on security camera. 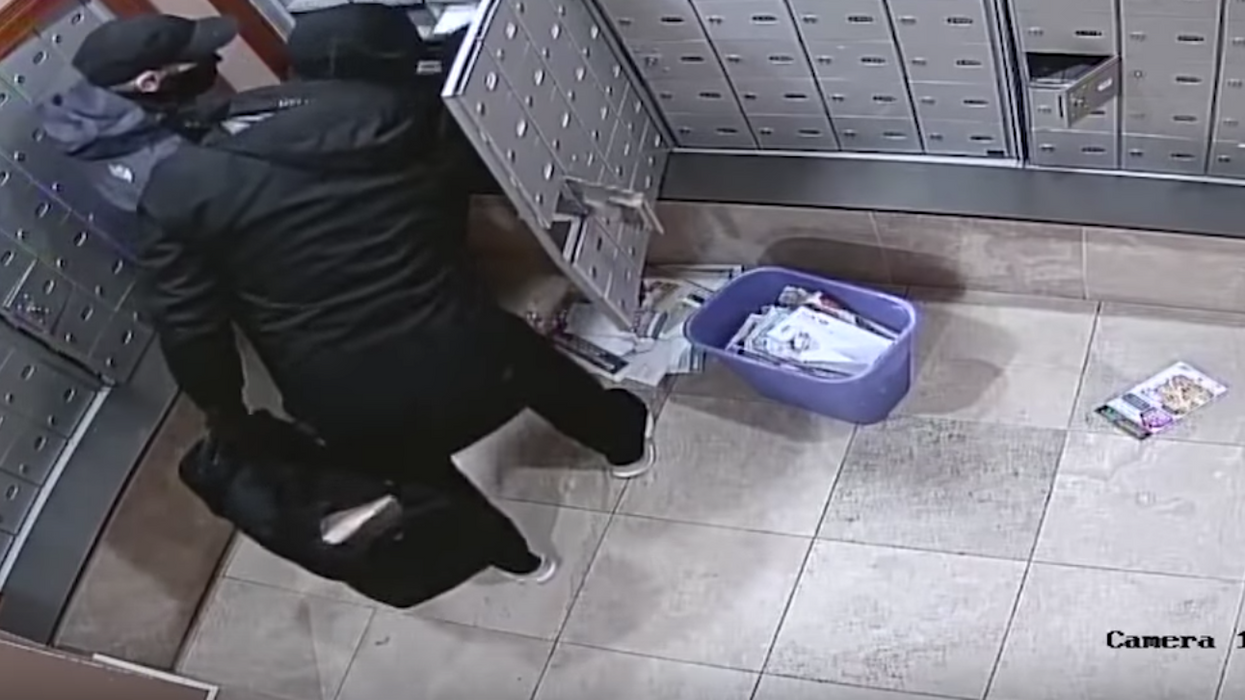 A group of thieves have been making their way across Metro Vancouver, stealing from hundreds of mailboxes. The thieves have managed to not get caught by the police yet despite being caught redhanded in the act on video. The Burnaby RCMP have now released footage of their crimes and you can actually watch how these thieves manage to steal from hundreds of Canadian mailboxes in a matter of minutes.

Up to five suspects have been stealing from various apartment buildings in the Burnaby area in Metro Vancouver in the past few weeks. The Burnaby RCMP is now asking for the public’s help to find the thieves.

The Burnaby RCMP’s Prolific Offender Suppression Team (POST) are currently investigating the incident. To get help from the public in identifying the suspects,  they have released images and video footage. The police believe they are looking for up to five suspects.

The video catching the thieves in the act was posted on Youtube. Check out the insane video below and watch these thieves swiftly steal from hundreds of mailboxes in a matter of minutes.

In the video, you can see two thieves stealing from hundreds of mailboxes in a matter of minutes. In some instances, you can catch glimpses of the thieves' faces, but for most of the video, the suspect's faces are covered.

READ ALSO: Vancouver Taxi Driver Reportedly Tried To Scam Passengers On Their Way Back From The Hospital (VIDEO)

The video shows the thieves breaking open a huge set of mailboxes in an apartment building and subsequently stealing the mail. They are seen committing theft at a number of different buildings. In the video, there are always only one or two thieves working together at a time.

"The suspects gain access to the apartment building, usually in the middle of the night, and steal the contents of the mailboxes," said the Burnaby RCMP in their news release. "In some cases, the suspects have gained access to over one hundred mailboxes and cleared them out in minutes".

The police warned that there could be bigger consequences than just your mail getting stolen. People don’t realize that criminals are using all kinds of information contained within stolen mail to commit further crimes says Corporal Daniela Panesar of the Burnaby RCMP in the news release.

We want people to know that just because your credit card wasn’t stolen doesn’t mean that criminals won’t use the information on a utility bill to gather further information about you to commit further crimes such as fraud.

So how can you protect yourself from mail theft? The Burnaby RCMP shared the following tips:

For more information on these crimes or if you have any information that could assist the police with their investigation, visit the Burnaby RCMP's website.