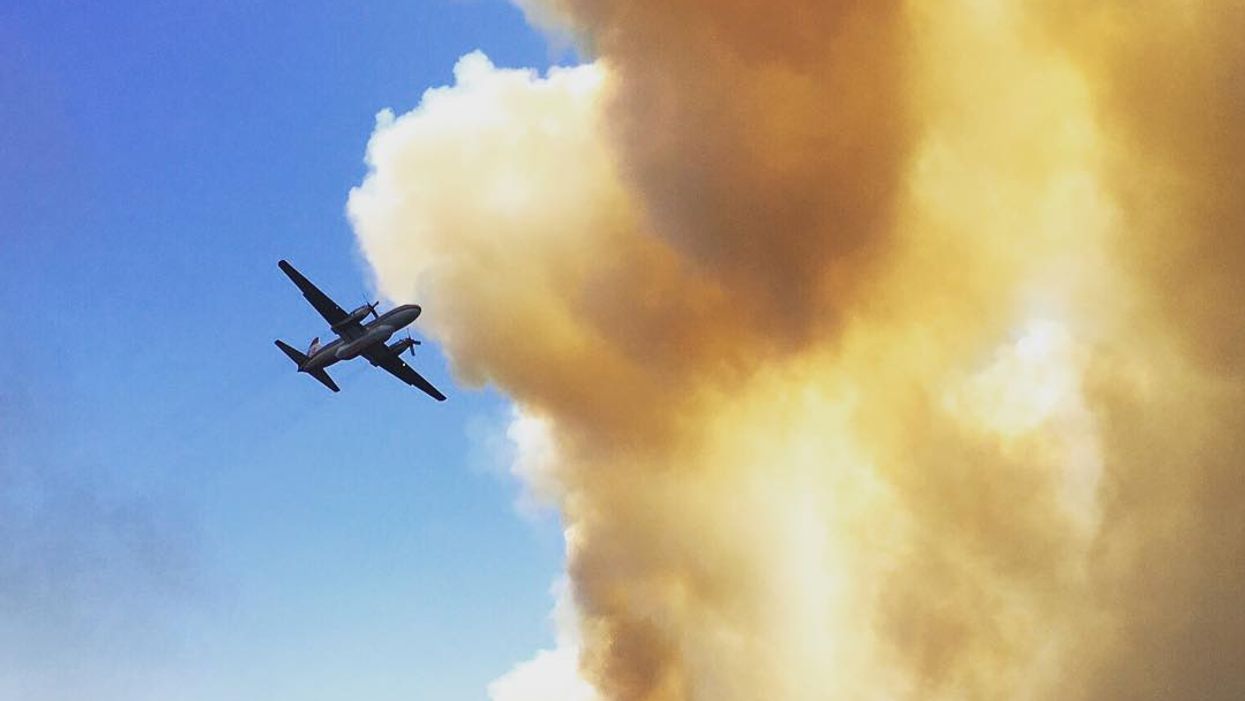 On Sunday just before noon, smoke was reported coming from Burns Bog in Delta. The large conservation area had caught fire after dry peat ignited below the viewable surface, allowing the fire to fester before revealing itself. The blaze quickly grew due to relatively dry conditions and a strong breeze. Smoke filled the air and firefighters were called in. Later in the afternoon, nearby businesses were evacuated as smoke jumped the street.

This morning the fire continues to burn as 80 firefighters attempt to control the growing blaze. Fire Chief Dan Copeland hopes to have the fire 100 per cent contained by the end of today, but states that it could take up to a week to completely extinguish. The latest reports claim the fire to be 10 per cent contained thus far as firefighters set up a wet line perimeter to combat the advancing flames.

Despite the billowing tower of smoke, no air quality advisory has been issued, but roads and a few businesses do remain closed for the time being. People in the vicinity have been complaining about a strong smoke odor since last night and FVDED in the Park was apparently smokier than usual yesterday.

Firefighters with the help of air tankers and helicopters are working hard to ensure the fire does not spread. One firefighter has been hospitalized, but no other injuries have been reported. Air quality is being carefully monitored in Delta, metro Vancouver, and the entire surrounding area so keep your eyes on the news for any updates today.