You Can Now Play Ping Pong At This New Vancouver Bar

There's gonna be some real back and forth between the beers. 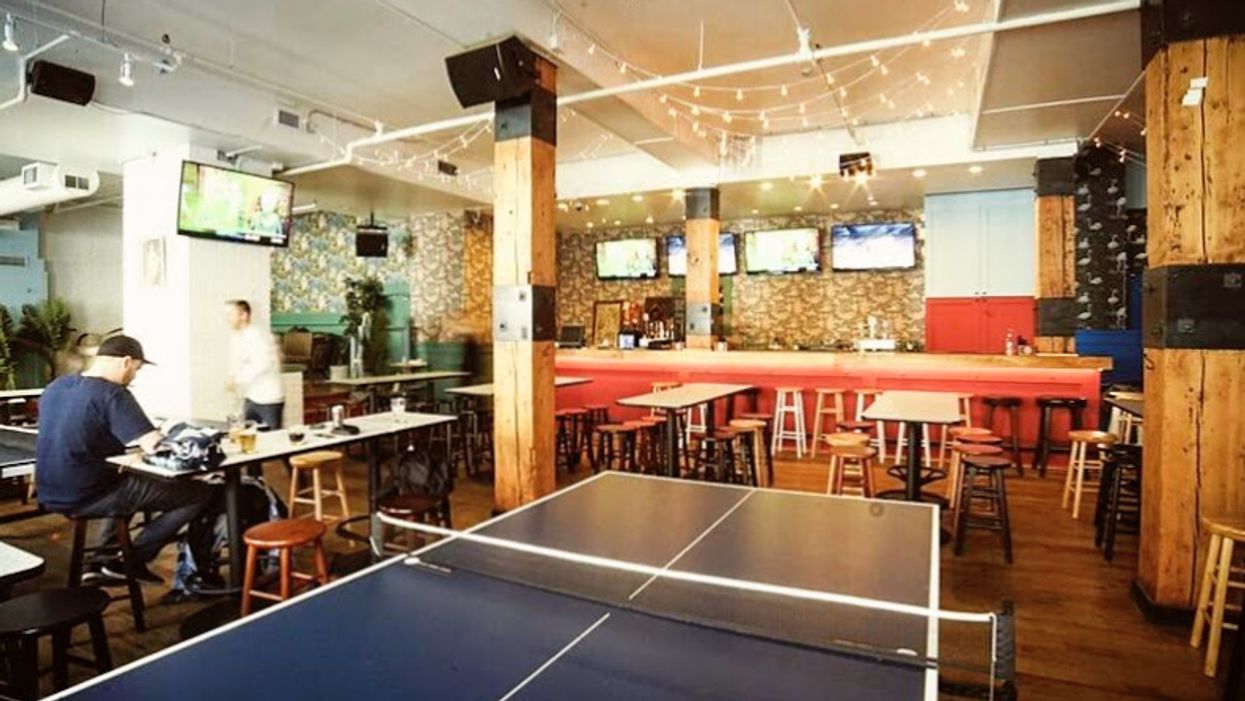 Don't get me wrong: I love bars and clubs as much as the next guy, but there are always those awkward moments. You know what I'm talking about, when there's a slight tinge of unfamiliarity, and you're not deep enough in you're drink to get into a happy vibe. Or maybe you and your best friends are sitting in the same dive bar for the fifth week in a row, and you realize - you're bored.

READ ALSO: This Vancouver Bar Will Pay Part of Your Rent If You're Up For The Challenge

Well have no fear, because this new Vancouver bar is the solution to all the formerly mentioned problems. Back and Forth, located in Gastown, is the ultimate bar to hang out and do more than make small talk over flat beer.

Having recently opened in March, they feature six pool tables, a TV dedicated to Nintendo and all your favorite games. We're talking Jenga, What The Meme, and everyone's favorite: Cards Against Humanity.

Regan Truong opened the bar with the idea of creating a stylishly laid-back atmosphere where there's no pressure of loud EDM or a dance floor full of strangers. Relaxation and a sense of comfort were dominant push factors in the making of this bar.

The menu follows suit with a simple, yet munchable selection: cup noodles, chips, pizza pockets and Chef Boyardee. Local Craft Breweries are featured on tap including: Parallel 49, Parkside, Fuggles and Warlock as well as wines and ciders. Patrons are also more than welcome to bring their own take-out food and wine (for a corkage fee)

Ping Pong tables are available for rent starting at $10 an hour and reservations can be made online. They also hold Ping Pong tournaments on Tuesday nights, for the ultra-competitive.

So what'll it be? Ping Pong? Cards Against Humanity? Why not both!