Pulling on our heartstrings. 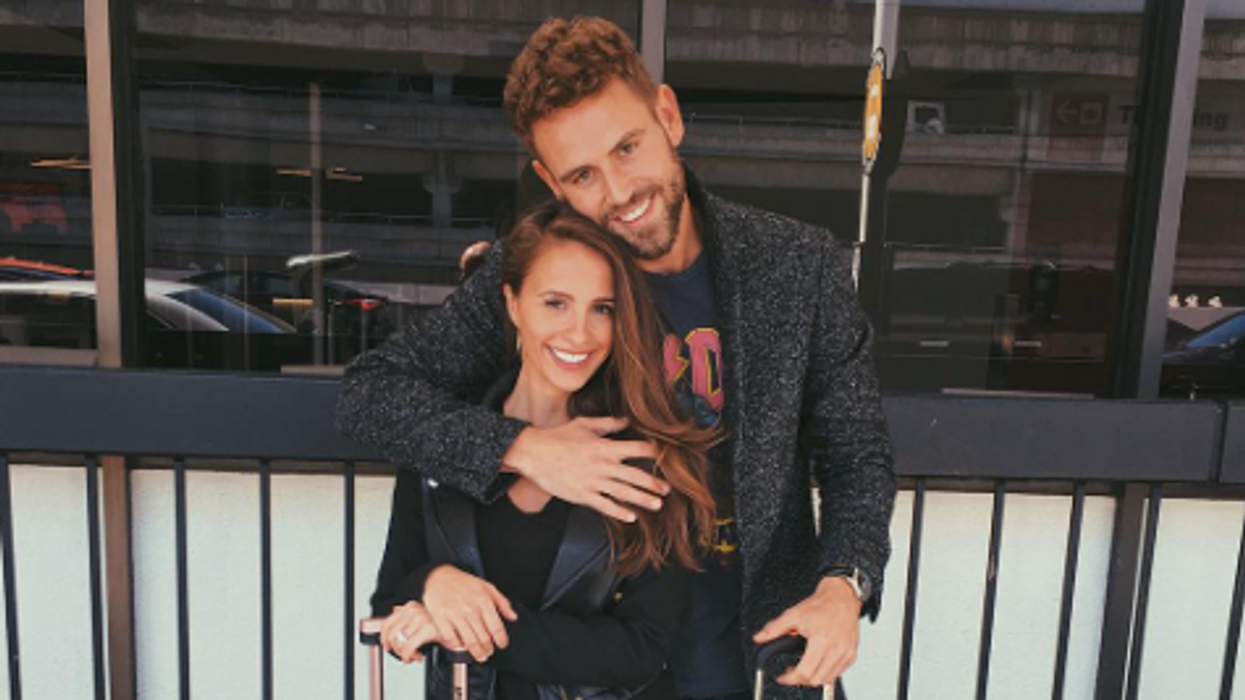 If you remember correctly, Nick Viall and Vanessa Grimaldi announced last week that they would be breaking their Bachelor engagement after a short 5-months in the public eye.

The two released a joint statement to E! News, saying: "It's with a great amount of heartbreak for the both us as we have decided to end our engagement. We gave this relationship our all and we are saddened that we did not get the fairytale ending we hoped for. We will continue to be there for each other no matter what. This hasn't been an easy decision, however, as we part ways, we do so with lots of love and admiration for each other."

Both stars had remained pretty mum on the situation post-announcement. Vanessa turned off Instagram comments to limit the amount of fan-interaction with her content, while Nick hasn't Instagrammed anything in 2 weeks, other than a post shouting out thanks to Bachelor in Paradise before its premiere.

But Vanessa broke her silence yesterday afternoon with a post of her with her head on a friend's shoulder and sentimental caption, "It's okay to feel broken. It's okay to cry. It's okay to lean on a friend. In the end, it will always be okay."

Although the break-up is definitely sad, it is not surprising to Bachelor fans who saw trouble in the pair's relationship from their first public appearance on the post-show special, After The Final Rose.

Nick, in turn, took to a reporter at an event last night to offer his thoughts and feelings on the relationship, admitting "it's been harder" for the star these past couple days.

"In times that aren’t great, you have  spend time with your loved ones. I'm lucky enough to have friends outside of L.A. I’m heading back to Chicago this weekend, which I think will be good for me. I’m trying to stay positive, being around friends and family...what helps me is just kind of believing in yourself. It’s obviously easy to get insecure and feel bad about yourself. You get in your head about things when things aren’t working out for you."

When asked if he and Vanessa are still friends Nick quickly said of course. "I still love her very much. I'm not afraid to say that. I’m always trying to stay busy, especially right now with things," he added. "My friends, my family and Vanessa and I are still very much each other’s support system. We’re trying to do that and it’s a challenge at times, but we still realize that we’re there for each other."

As for whether or not he still believes in love? Nick says "of course, right? I was still lucky enough to find it with Vanessa." MY HEARTTTT. All together now: one more season, one more season.