Your favourite childhood icon is back for Christmas! 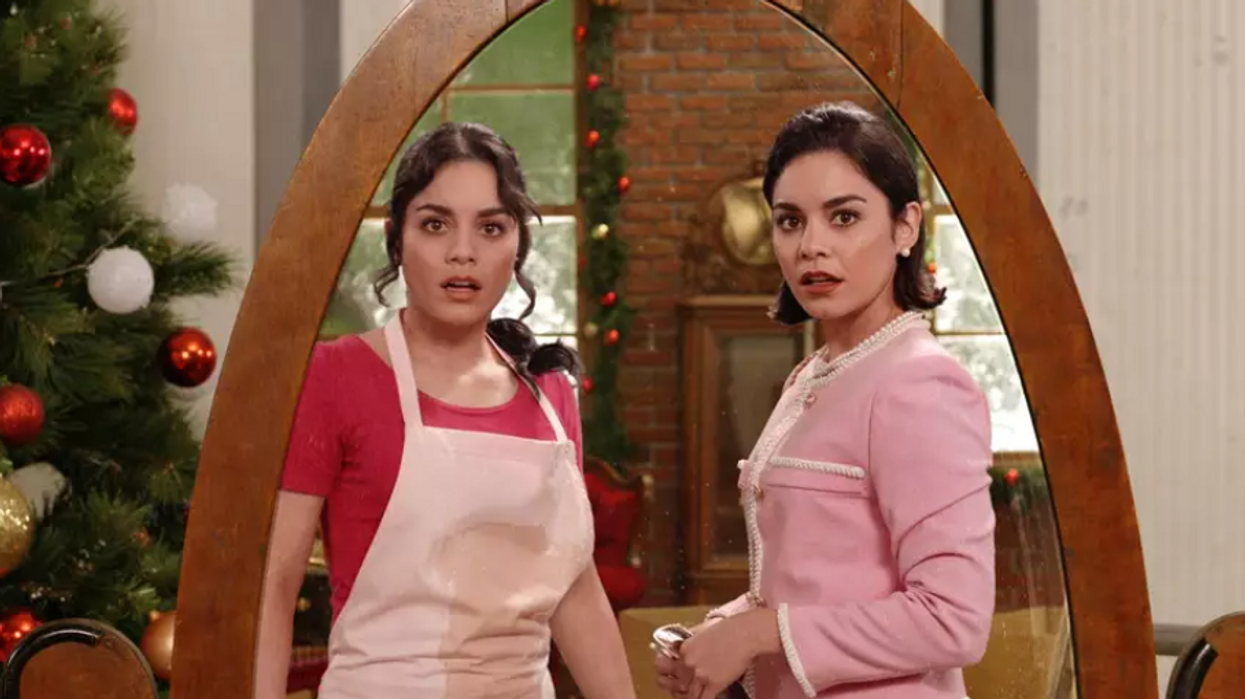 With the holiday season fast approaching, a lot of different holiday-themed movies are on their way for Netflix users to enjoy. While the streaming platform has been pumping out teaser after teaser for various Christmas movies hitting the platform come late November, one in specific has caught a significant amount of attention.

The movie in question stars everyone's childhood icon Vanessa Hudgens and while she does looks nearly identical to her younger self in the High School Musical series a whole decade later, that isn't the only reason the series is getting so much buzz.

Called The Princess Switch, the story follows two women both played by Hudgens. The first woman lives a simple life as a baker who is invited by the royal family of Belgravia for a baking competition. It's there that she meets a woman who looks identical to her, who happens to be the princess of Belgravia. The princess later proposes that the pair swap lives for two days before her impending marriage and the plot follows both as they experience completely different lifestyles from what they've ever known.

The movie's plot has already been compared to cult-favourite The Parent Trap as well as Model Behaviour but with a more Hallmark movie vibe. Though that doesn't mean fans of Hudgens won't be enjoying the movie once it's released, considering most people are actually excited the plot concept is getting a Christmas themed twist:

Considering this upcoming Canadian Winter will be a long and cold one, it's no question you'll definitely have more than enough time to add this flick to your list and still be able to get through your lengthy holiday movie bucket list. While it'll be odd to see Hudgens looking so much like Gabrielle Montez but playing a baker instead, it'll definitely be nice to see her back on screen!

To watch The Princess Switch, you can access it once it becomes available on Netflix Canada on November 16th.