With maple syrup, anything is Pospisil! 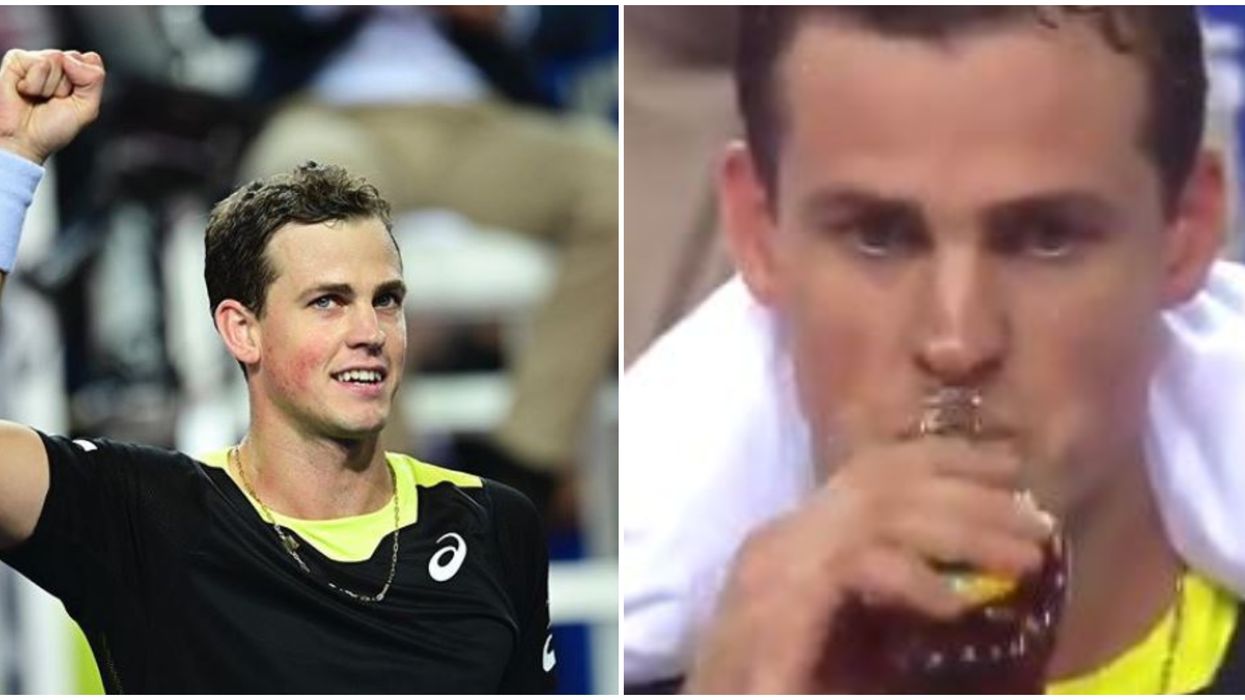 Talk of maple syrup has been surrounding the tennis world for the past few days now and as odd as it sounds, it's for a good reason. Canadian tennis player Vasek Pospisil showed off his Elf-like habits during the Open Sud de France finals on February 9. Now, after his most recent impressive win, fans are starting to think maple syrup is his secret weapon.

Unless you've been hiding under a rock, you probably saw that cameras caught Pospisil during a mid-match brea sipping on a small bottle of Canadian maple syrup.

Since then, the contender to be a Canadian heritage moment has been shared all over social media and has earned the Vernon, B.C.-born star a new level of notoriety.

"Honestly, it just came completely unexpectedly, I'm a huge maple syrup guy," the man himself told TSN after his most recent win.

He shares that he didn't realize it was that funny until after the match when it blew up on social media.

"I travel with maple syrup, I use it religiously in the mornings," says Pospisil. He also explained that his physio told him that marathon runners use it so he figured he'd give it a shot. Literally.

And it seems his medical man might have a point.

On Wednesday, Pospisil beat the world No. 5 player Daniil Medvedev in the first round of the ABN AMRO World Tennis Tournament, where his opponent was the top seed, per CBC.

Medvedev is ranked fifth in the world in comparison to Pospisil's 104th position, making it his biggest upset of a strong start to 2020.

And, naturally, his fans are convinced that it's the maple syrup at play. Some even seem to think he needs the stuff like it's his fuel.

"What is in the magic maple syrup?!" asks one viewer.

"Maple syrup. That's it. That's the tweet," wrote another.

Wow, there you go.

We knew maple syrup was a Canadian staple, maybe we can all use it as an alternative source of fuel once the oil's run out.

It may seem a strange mid-match choice, but then, we've seen Canadians eat straight from a tub of "mayo", so it shouldn't be too shocking.

Pospisil is set to take on Filip Krajinovic of Serbia in the next round of the ABN AMRO World Tennis Tournament on February 13.

It remains to be seen whether the syrup shenanigans continue.