You Can See Venus & The Moon "Kiss" Tonight Over Arizona 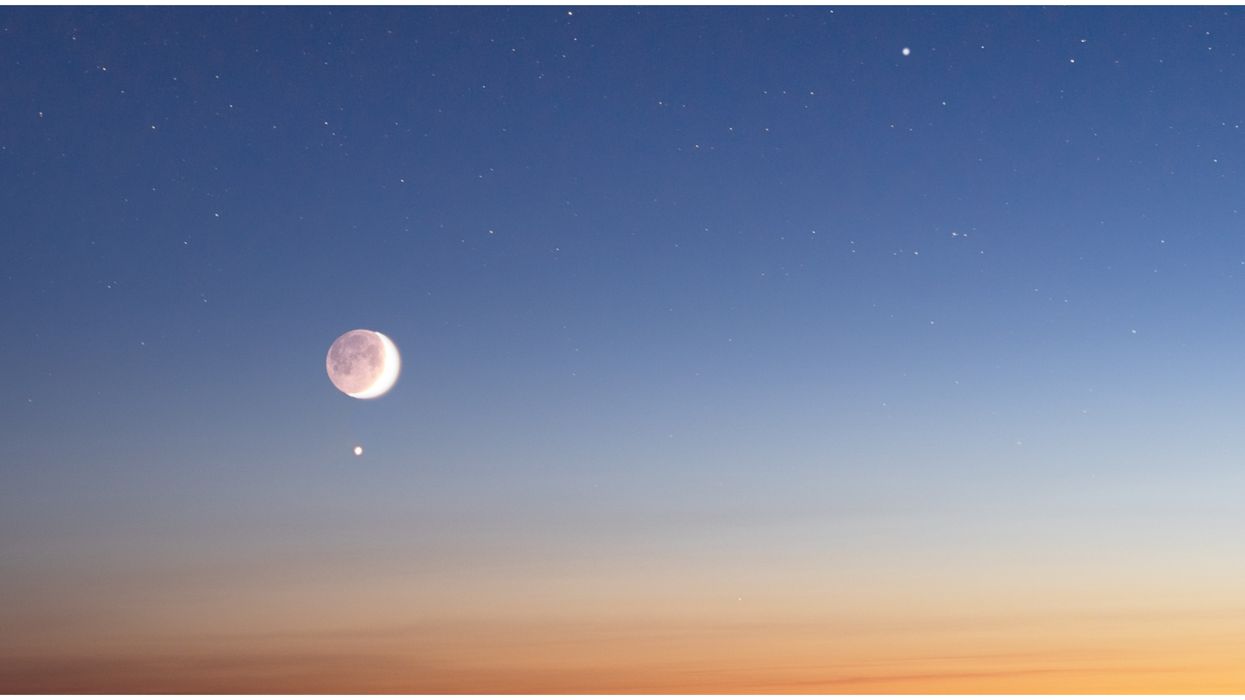 If you've been waiting for a celestial display to light up the night sky, you're in luck. Tonight, Venus and Mars will "kiss" and you'll be able to see it happen over Arizona. Let's keep our fingers crossed for clear, cloudless skies.

According to NASA's Calendar, the Moon and the planet Venus will pass each other so closely, it almost looks like they're kissing. You can see the event take place at approximately 4:51 p.m. Mountain Time.

The nightly display can be seen across the Northern Hemisphere, just southwest of the horizon after sunset.

If the forecast is looking cloudy, it's possible that you may not be able to witness it.

However, a similar occurrence will dazzle the sky yet again on March 28. If you're wondering exactly why this celestial wonder is happening, the explanation is quite simple.

Venus is undergoing an "evening apparition" in which the planet is ascending further away from the sun. Essentially, the moon and Venus will appear to be orbiting closeby one another.

Really, Venus is approximately 84 million miles away from Earth, while the moon is only around 250,000 miles away.

From Earth, it'll seem as if they are close hence the why it'll appear as if they're kissing each other.

If you reside in Phoenix, the weather is looking to be partly cloudy with a high of 77 degrees F and a low of 51 degrees F.

That means you can grab a coat and head out after sunset to catch a glimpse of this astronomical sight.

Although Venus, (aka the "evening star") is deemed the third brightest mass in space, it is recommended to bring along some binoculars or a telescope for maximum viewing.

Sunset is set to place tonight at around 6:23 p.m. That's when you'll want to get outdoors and look to the sky.

Secluded parks that are far from city lights are a great place to grab a blanket and stargaze. Be sure to plan accordingly and enjoy the show.