CN also announced that it is shutting down its eastern Canada operations. 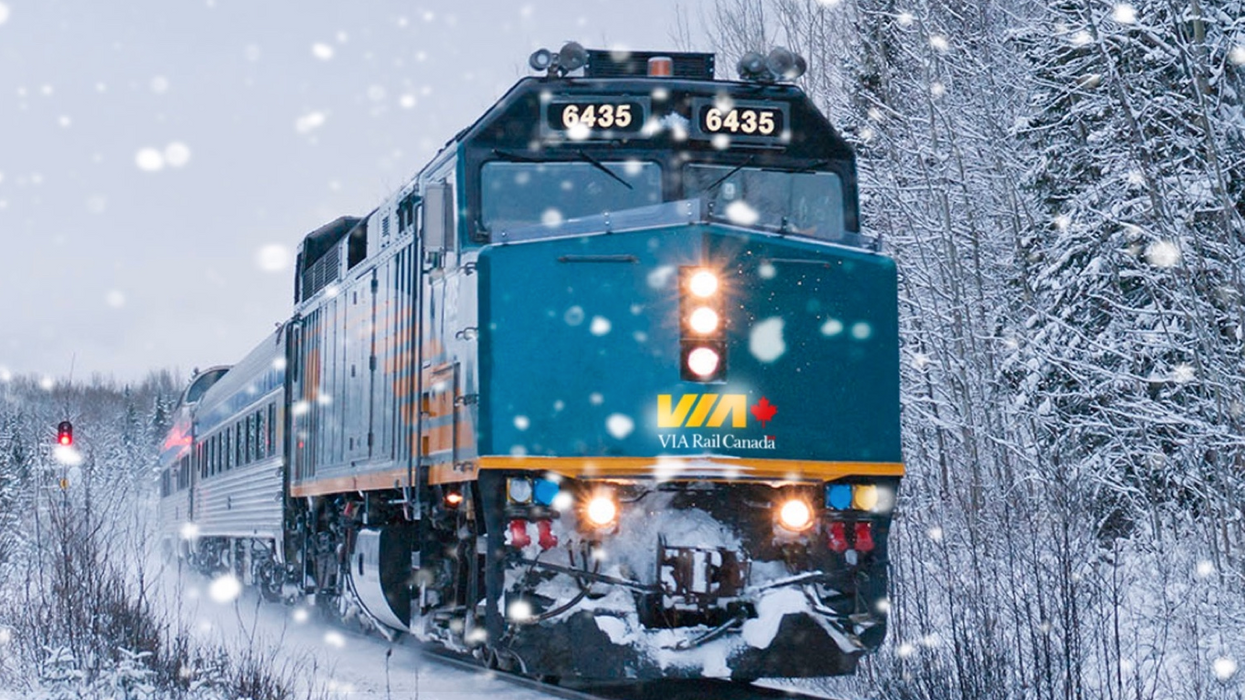 At just before 5 p.m. EST on February 13, VIA Rail announced on its website that, effective immediately, all train service has been cancelled. This comes after days of VIA Rail train cancellations following We'tsuwet'en solidarity blockades along the tracks. VIA's announcement follows a news release by the Canadian National Railway (CN).

CN states that it "has been forced to initiate a disciplined and progressive shutdown of its operations in Eastern Canada," as a result of " illegal blockades in Ontario, Manitoba, and British Columbia."

VIA Rail released the following statement on Thursday at 4:50pm EST: "Following an advisory from the infrastructure owner that they are ceasing to support our operations across their network, VIA Rail has no other option but to cancel its services, effective immediately and until further notice."

VIA Rail says that it is providing full refunds for all cancelled trips, which are being automatically processed. Another "Important Advisory" on the website states that it is not possible to book trips for any time after February 18.

"You do not need to contact VIA Rail to confirm the refund, but note that due to the volume of transactions it may take up to 15 days to receive," the statement reads.

"We understand the impact this unfortunate situation has on our passengers and regret the significant inconvenience this is causing to their travel," the company writes.

On Friday, February 7, VIA was forced to cancel 28 train departures, followed by 21 more trains on Saturday. This was due to a peaceful protest on the tracks east of Belleville.

CN president and chief executive officer JJ Ruest has called the situation "regrettable for its impact on the economy and on our railroaders." He explains when the blockades end completely, CN will be set up for recovery.

Ruest notes that commuter train services like Metrolinx and Exo can continue to operate, "as long as they do so safely."

VIA Rail is beginning to respond to customers who are concerned about refunds for travel passes, directing them to the customer relations email.

"Please note we are experiencing higher than normal volumes so an answer may take longer than usual," the company wrote on Twitter.

@Kev9n4 Send an email to customer_relations@viarail.ca Subject:Twitter regarding your Canada Pass. Please note we a… https://t.co/u6csOtSy1v
— VIA Rail Canada (@VIA Rail Canada)1581633561.0

The blockades, which began around the same time as the solidarity protests last week, are in response to a planned Coastal GasLink pipeline through Wet'suwet'en territory in B.C.

On February 6, the Office of the Wet’suwet’en announced that its Hereditary Chiefs have launched a court challenge to Coastal GasLink's environmental approval.

"The Wet’suwet’en people, under the governance of their hereditary chiefs, have never consented to the Coastal GasLink pipeline project," their statement reads.

"This legal action seeks to overturn the EAO’s decision to extend Coastal GasLink’s certificate due to an established pattern of non-compliance from the project proponent."

Other parts of Canada are also experiencing delays and cancellations due to ongoing protests. Vancouver commuters are facing West Coast Express train cancellations from the downtown area to Mission. Like travellers in Ontario, they will have to find alternative modes of transportation tonight.