This is truly heartwarming. 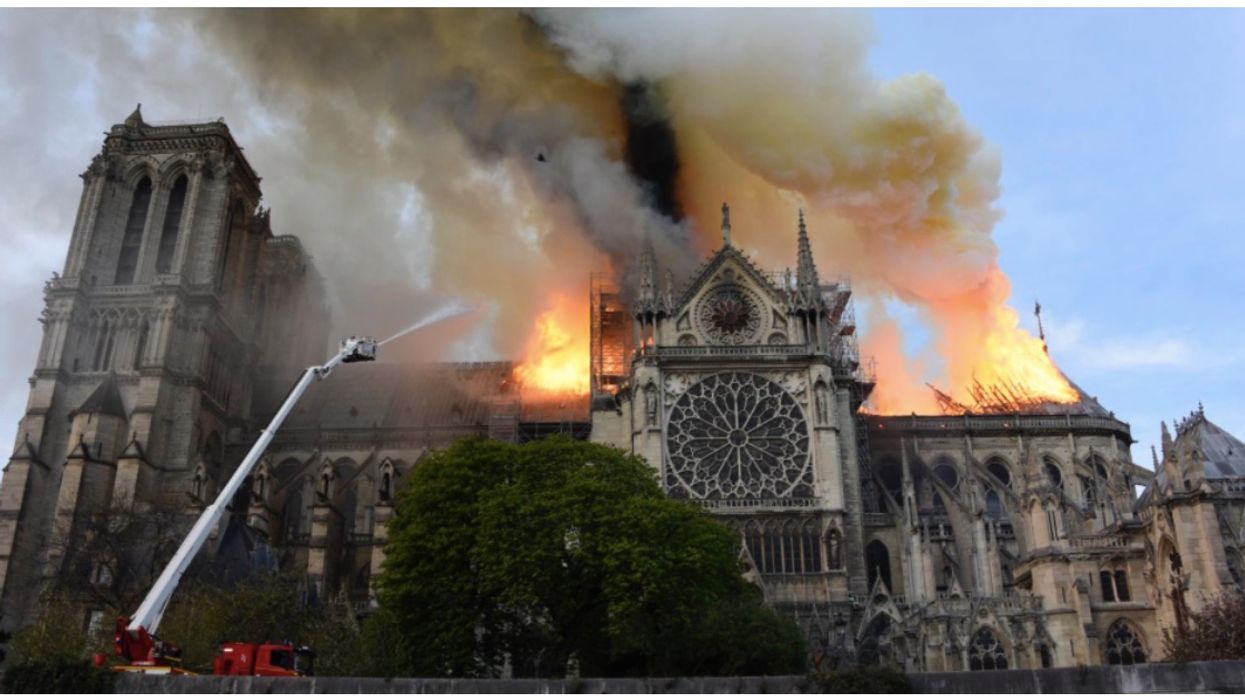 Get ready to put your internet creeping skills to work, Canada. This viral mystery is adorable and we need the power of social media to solve it. Right now, a viral photo that was taken before the Notre Dame fire has led to the Internet trying to find the man and girl in the picture. The photographer of the photo is now looking for the heartwarming duo so they can forever have this moment in history as a keepsake, and she's recruiting Twitter for their help.

On April 15, 2019, the Notre Dame Cathedral in Paris was engulfed in flames. Onlookers, tourists, and residents watched in horror as an iconic piece of history was publicly destroyed. Located on the Île de la Cité, this historical and religious symbol sees over 13 million visitors annually.

Two of those 13 million annual visitors happened to be in the right place at the right time when they were visiting the Notre Dame. Twitter user Brooke Windsor was taking a picture of the cathedral when she captured a tender moment between a man and a little girl. Little did they know, this would be one of the last photos taken before the cathedral went up in flames and was seriously damaged.

The image has since been posted on Twitter by the photographer, Brooke Windsor. In the picture, you can see the Notre Dame Cathedral in Paris. While crowds of people are seen walking and viewing the historical monument, a tender moment was caught on camera between a man and a little girl. The picture shows the man spinning the little girl in the air in front of the monument and it really is heartwarming.

Now, Windsor is looking for the iconic duo in hopes of gifting them a photo capture of this moment. According to the tweet, the picture was taken just an hour before the cathedral caught on fire, making this an even more rare moment.

That original tweet has gone completely viral with over 1,500 comments, 146,000 retweets, and 299,000 favourites. Needless to say, the Internet is now actively looking for the duo behind this adorable moment.

Due to an overwhelming amount of support, Windsor posted another tweet thanking everyone for their direct messages. She followed up by saying she does not know for sure if it was a dad and a daughter.

“It’s simply the dynamic I observed from them while debating on interrupting this moment. It may be an uncle, brother, friend, who knows until we find them,” said Windsor.

@ everyone in my dm’s:-I do not know for sure if it was a dad and daughter, it’s simply the dynamic I observed from them while debating on interrupting this moment. It may be an uncle, brother, friend, who knows until we find them.-It was taken at 5:57 local time(1/?)

According to Windsor, the picture was taken just an hour before the fire erupted at Notre Dame Cathedral. In a subtweet, Windsor said she walked to the Louvre afterwards, which is where she and her friends noticed the smoke.

-We walked to the Louvre afterwards. My friends noticed the smoke, and we followed (2/?) pic.twitter.com/l76nF0jAIv

Everyone in the comments has been retweeting the picture and stating where they are sharing it from. It looks as though a large part of the world is onboard in finding the pair captured in the photo.

Hey there, I work at NBC25 in Flint, Mich. I’d love to help. Sending you a DM

You're going to find this daddy and his little girl. I just know it. Beautiful photo.

Following the fire, Canadians have been sending their condolences to Paris all over social media. The French President has said that he is launching an international fundraising campaign to help rebuild the Notre Dame Cathedral.

Although this is a devastating and sad time in history, a moment like this has brought everyone together. Now, get to work Internet! We need to reunite this duo with their adorable photo.