It's all captured on video. 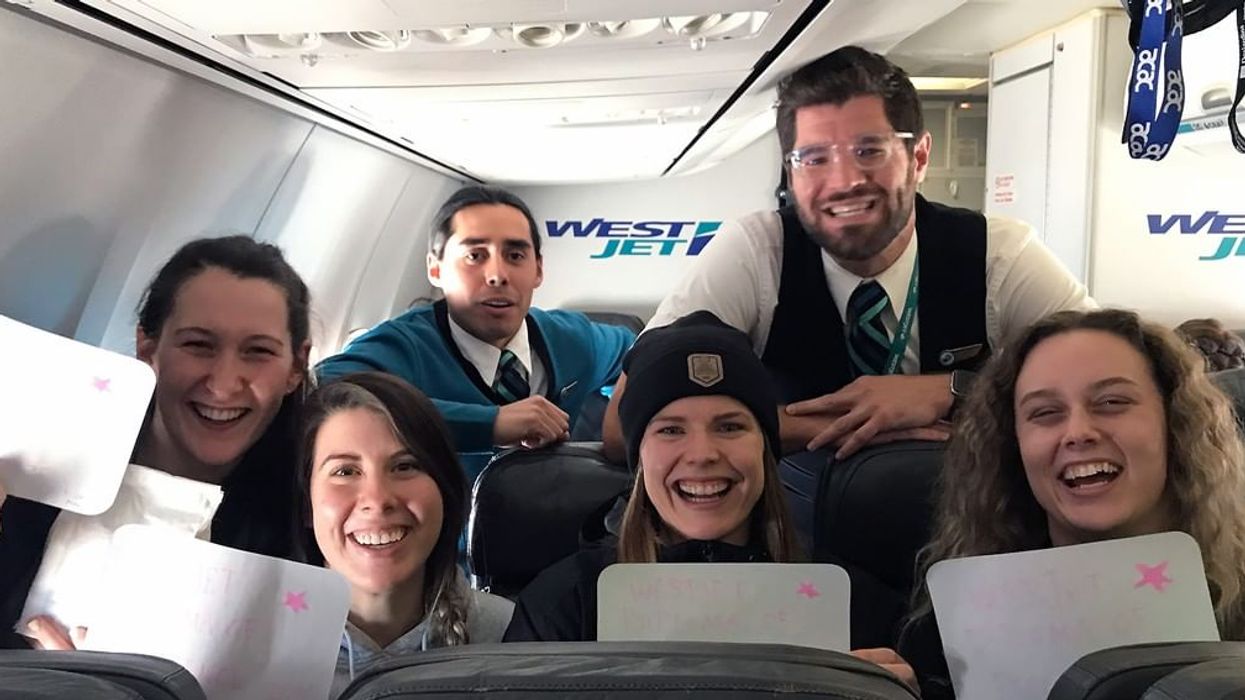 It's no secret that college campuses all over the country have been closing amid the pandemic. It's natural to feel bummed out if you're meant to throw on a cap and gown to graduate soon. However, a WestJet flight crew went the extra mile to throw four Saskatchewan students a surprise graduation party up in the air.

The four students, who study at Briercrest College in Saskatchewan, were returning home from a trip to Québec City. They were participating in the National Women's Volleyball Championships.

Before getting on the plane, the girls had just learnt that their college was suspending on-campus classes. It also meant that their graduation ceremony, which was scheduled for April 17–18, was likely getting postponed.

Briercrest college lays it all out in their official post about the impromptu ceremony. The girls were discussing how they would not have a graduation ceremony in the spring and that their athletic and academic careers at the school were coming to an abrupt end.

That's when the airline crew got wind of the situation and decided to set up a spontaneous graduation ceremony for the passengers.

The crew used the in-flight announcement system to call out the students' names and give them their '"diplomas." Humming the song "Pomp and Circumstance,” the crew paved the way for the fly-high graduates to walk through the central aisle and pick up their makeshift diplomas.

What a fly graduation.

The improvised ceremony didn't stop there. The students were also given treats in airline barf bags. They were also offered champagne.

“It was honestly the sweetest act during such a confusing and changing time in our lives,” said one of the students.

“But as small and impromptu [as] the ‘ceremony’ may have been, it was so kind that they took the time to do something out of the ordinary and celebrate with us during a flight,” she added in the post.

The college has since informed the students that they would have an official graduation ceremony in the fall, although the dates are still being worked out.

Don Taylor, the Dean of Briercrest College, said that the crew of WestJet flight 655 are going to have an open invitation to attend the graduation when it does take place.

The college is situated in the town of Caronport in southern Saskatchewan.

WestJet has been making changes, in recent weeks. They've initiated a hiring freeze, they've cancelled international flights, and a number of COVID-19 cases have been confirmed on their flights.

That doesn't mean that their airline crew isn't going to try its best to make someone's day, as is evident from these students' happy faces.