You need to read this before watching next season. 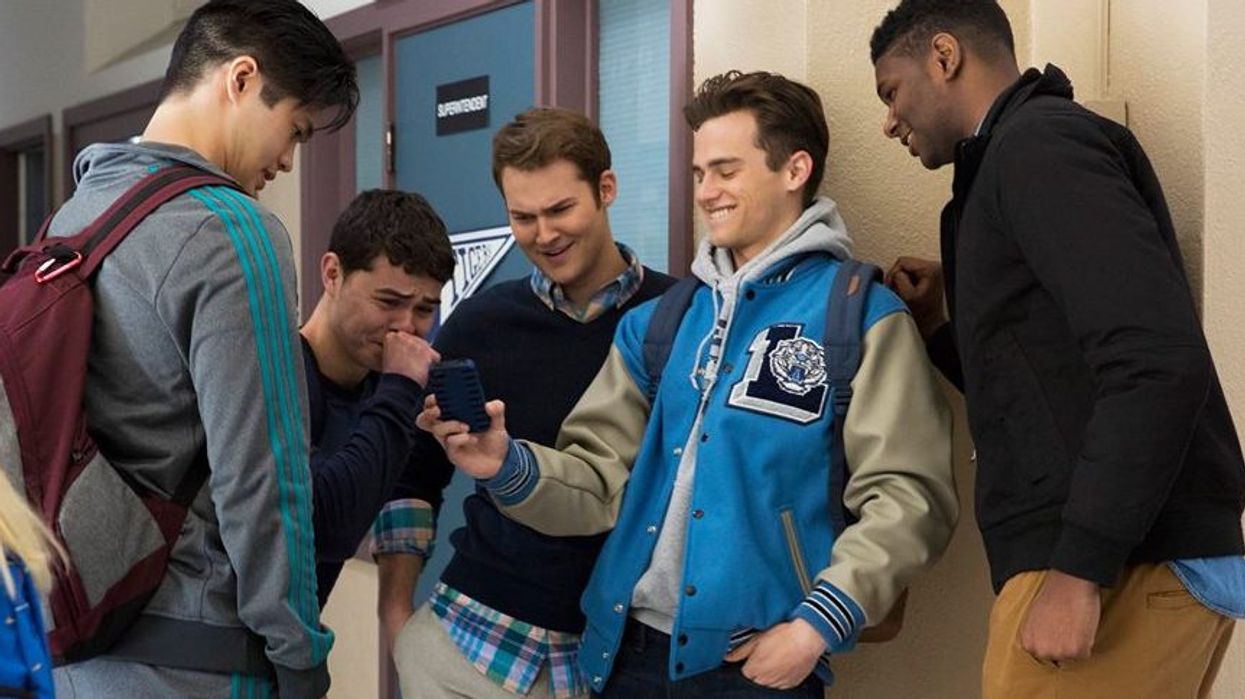 Pinch me. It's finally almost here. This weekend, the second season of 13 Reasons Why will finally air on Netflix and we're excited AF.

If you're like me, then you definitely watched the first season nonstop last summer. After the show released its premiere season on Netflix, I found myself eating, breathing and sleeping 13 Reasons Why. Nothing else seemed to matter, I just needed to find out what happened to Hannah.

Since the highly anticipated followup season will be released this Friday, May 18th, this is the perfect time to recap what went down on last season. We all need to refresh our memories before we dive into season two. Justin was the smug basketball player that Hannah fell for early on in the series. She went on a "date" with him to the park. Justin took a picture under Hannah's skirt and sent it to his friend Bryce, who forwarded it to the whole school. This ruined Hannah's reputation. The rumour was that she slept with Justin in the park and Justin never denied it.

Later on in the series, we also learn that Justin "let" Bryce rape Jessica, his girlfriend at the time, at a party while Hannah was in the room. "Let" is in quotation marks because he didn't want Bryce to do it but he cried instead of seeking help. In Hannah's perspective, Justin "let" it happen.

Jessica one of Hannah's only true friends at school. They were inseparable until they met Alex Standall and them they became a trio.

Alex and Jessica started dating and left Hannah behind. When they ultimately broke up, Jessica accused Hannah of tearing them apart and smacked her across the face in the school cafeteria.

When Jessica refused to sleep with Alex, he put her name on a list of the of the worst and best bodies in school. He put Jessica on the "worst ass" list and Hannah on the "best ass" list.

Even though his goal was to make Jessica jealous, she ended up taking out her frustration on Hannah. Another rumour began that Hannah and Alex had slept together. Hannah became the victim of the "best ass" list and became a target for Bryce when he used the list as a reason to touch her inappropriately.

The photographer was spying on and taking pictures of her in her bedroom without her knowing. Once she figured out that someone was watching her, she and Courtney plan a trap where they would catch the suspect. She ended up getting drunk and Tyler took a picture of Hannah and Courtney kissing.

Hannah tries to get Tyler to delete the pictures, but when she refuses to go out with him, he shares the photos around the school. He ruins her image even further. Following the events above, the photos of Courtney and Hannah circulate around the school, but they aren't identifiable from the picture. When a rumour circulates that someone at their school is gay, Courtney (who is afraid of coming out) throws Hannah under the bus.

Marcus is Hannah's "match" for Valentine's Day. When deciding whether or not to date Marcus, she hesitates but ultimately gives him a chance. He shows up on hour late and with a group of jocks from school. Marcus tries to put his hand under her skirt and implies that she's "easy".

He shouts at her in the restaurant when she rejects him and he leaves with his friends.

Zach comforts Hannah after she's humiliated by Marcus in the restaurant. The next day, he tries to tell Hannah he wanted to be her date for Valentines Day he unintentionally insults her. She pushes him away and his friends laugh at him.

To get back at Hannah for embarrassing him, he began to steal all of the positive notes she received in her "compliment bag" in class. These positive notes were a small source of happiness for Hannah that was taken away by Zach. Hannah joins a poetry club and writes an intimate poem about the tragedies she's faced. She reluctantly shares it with the small group.

When Ryan exclaims that he loves the poem and wants to publish it in the school newspaper, she refuses. He does it anyway and when it's passed around in school, she feels humiliated and betrayed. Hannah blames Sheri for the accident on the night of the party when Bryce raped Jessica. When Sheri was driving Hannah back, the girls hit a stop sign and Sheri refused to report it to the police, even though Hannah insisted that they should.

When it was not reported, Jeff Atkins, a boy from their school died in an accident at the same intersection. Hannah believes the death happened because of the missing stop sign they hit with Sheri's car.

Hannah reveals in his tape that Clay is reason 11, but that he's done nothing wrong. She knows that he is apart of the story and wants him to know the truth of why she committed suicide.

She reveals that when Clay and Hannah were in a room at the party (where Bryce raped Jessica) kissing each other, before Hannah began to remember all the boys who had hurt her, which drove her back into panic. Clay leaves, not knowing how to react.

Bryce is debatably the biggest reason why Hannah took her own life. He shared the picture of her from the park with Justin, spread the rumour that she was easy and he grabbed her buttocks in a convenience store to confirm the information on the "best ass" list.

We later find out that he raped Jessica at a party and violates Hannah in a hot tub at one of his parties.

After Hannah was raped by Bryce in the hot tub, Hannah decides she has no reason for living. She decides that one last time, she will go ask for help. She seeks out Mr. Porter, the school's counsellor, she tells him about the rape and how severely depressed she is.

Mr. Porter explains that he must go to the police and report the event and the name of her rapist. Hannah agrees but only if he can guarantee that he will go to jail. When Mr. Porter can't confirm this, he makes the mistake of saying that Hannah should just try to move on if she doesn't want to reveal the name of her attacker.