If You Don't Have Your Winter Tires On In Canada Yet, You're Doing It Wrong 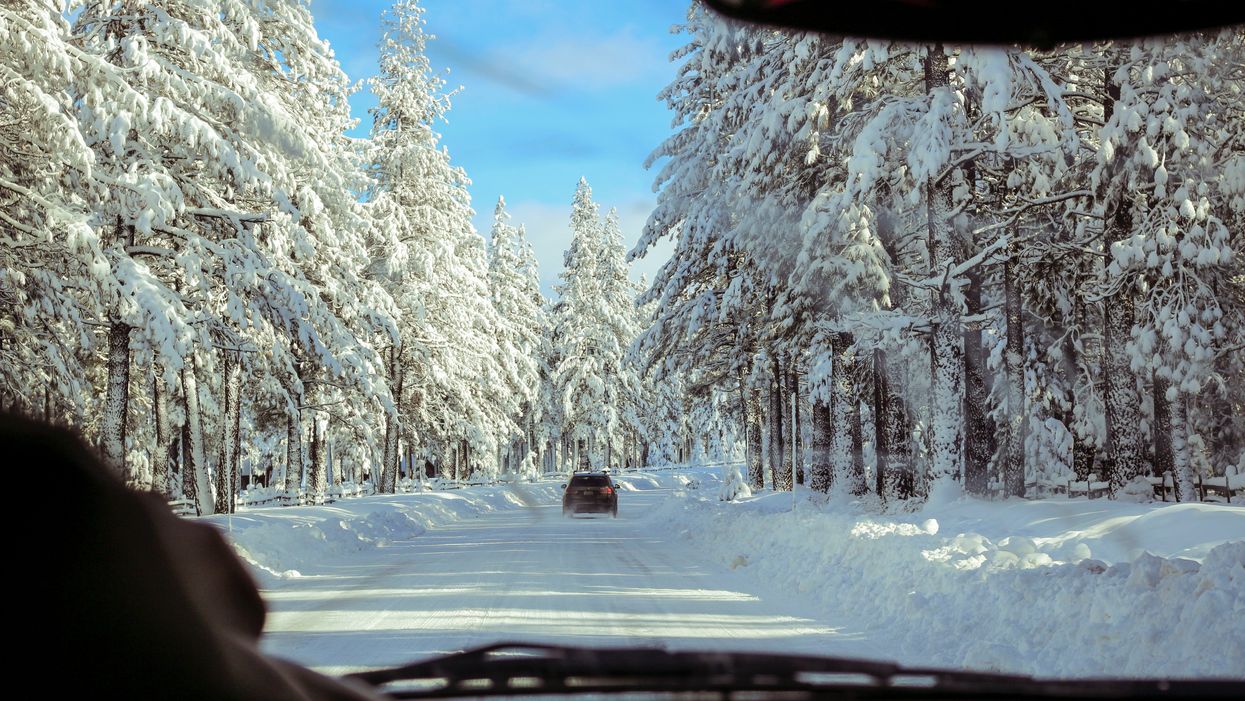 Some parts of Canada have already seen blasts of winter while others are still enjoying that fall weather. Even if you want to hold off on the dreaded winter for as long as possible, you might have to start thinking about it, right about now. When to put on winter tires in Canada depends on the temperature averages and most people should already have theirs on.

Even though winter doesn't officially arrive until December 21, the calendar doesn't exactly stop winter weather from happening in Canada. So it's probably in your best interest to start preparing for all that the snowy season has in store for Canadians across the country.

According to The Weather Network, most Canadians should already have their winter tires on. And for the few places that have yet to see conditions needed for winter tires, they'll need to get put on within the next month.

Winter tires are designed to better your car's traction and handling during the cold season when temperatures go below 7°C.

It isn't necessary to put on winter tires the first day the temperature dips below 7°C because, during the fall, temperatures can fluctuate between warm and cold. But when the average daily high is below 7°C, that's when you need your winter tires on.

According to The Weather Network, the average daily high dropped to 7°C pretty early in Churchill, Manitoba, the polar bear capital of Canada. If you live there, you should've had your winter tires on since September 24.

Temperatures for winter tires became ideal in Yellowknife on September 27.

Most Canadian cities saw average temperatures drop below 7°C in October, including Whitehorse, Saskatoon, Edmonton, Regina, and Winnipeg. If you haven't already slapped on those winter tires, you should probably make that appointment ASAP.

A couple of cities have seen the temperature change needed for winter tires at the beginning of November. The average daily high in Quebec City and Thunderbay, Ontario went below 7°C on November 1.

In the next few days, Calgary and Sherbrooke, Quebec followed suit.

People in a select few Canadian cities can hold off on making those winter tire appointments for a little while longer.

The average high is expected to fall below 7°C in Ottawa on November 9, and will be followed by Montreal and Halifax just a few days later.

Toronto and Prince Rupert, B.C. don't go below that temperature until November 15 and November 16.

The latest the average daily high goes below 7°C is in B.C., with Vancouver and Victoria not making the change until December 11 and December 17 respectively.

Despite the temperature change so late in the season, people in B.C. have to have their winter tires on already. It's a law in the province that as of October 1, vehicles need to be equipped with winter tires.

Quebec also has a law mandating winter tires on vehicles between December 1 and March 15. There's still time there.

If you don't already have your winter tires on, you definitely want to make that appointment to have them changed. Even if where you live isn't expected to drop below 7°C for a couple of weeks, it's still best to be prepared for winter weather.