The Canadian singer is feeling the love nation wide! 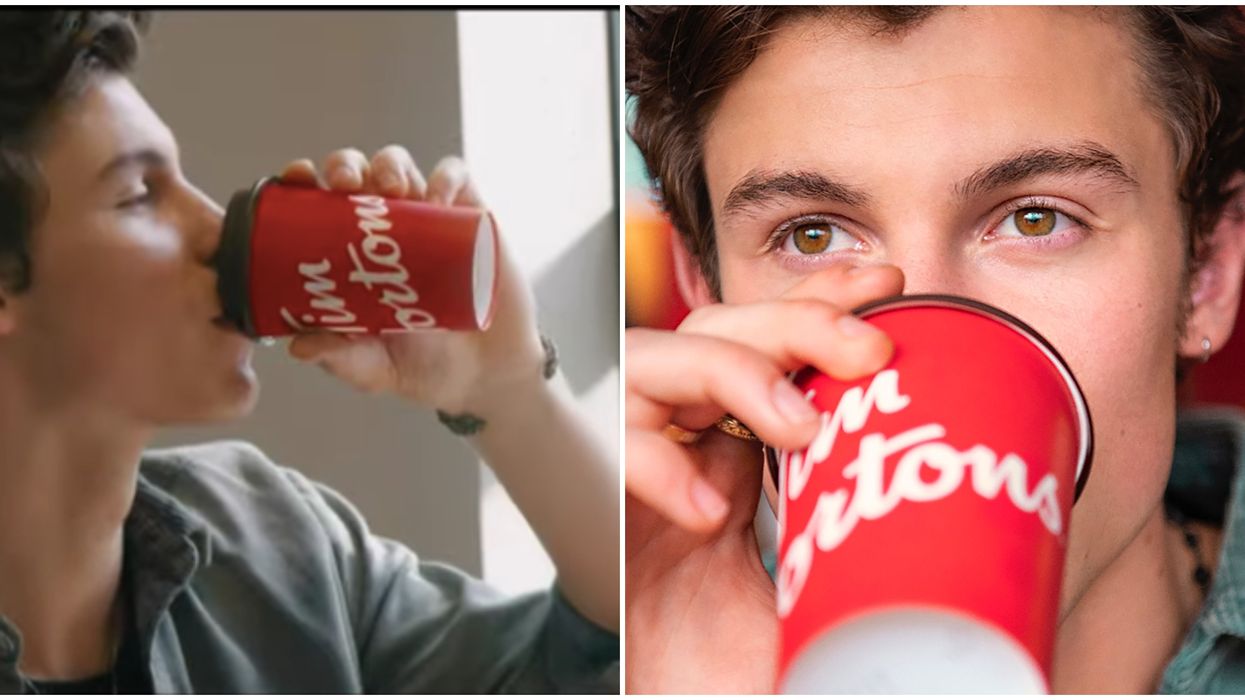 Earlier today, it was announced that Tim Hortons and Shawn Mendes would be coming together to create one of the most Canadian cups ever. For a limited time only, the Canadian coffee chain will be releasing both paper and reusable cups that feature the pop sensation Shawn Mendes, and they looking amazing! But where can you buy Tim Hortons' Shawn Mendes cups? Only a few locations are actually stocking the Canadian cup, so make sure to pick one up while you can.

Narcity was the first to report that these Shawn Mendes cups will be available at select Tim Hortons locations across Canada starting this Friday, August 30. In the new campaign called "Home is Where the Heart Is" Tim Hortons helps to celebrate Shawn's Candian background.

These cups will be available in small, medium and large hot beverages until September 6, or until supplies last. However, it's not just single-use cups that will be hitting participating stores.

So, if you're looking for a Shawn Mendes reusable cup that you can carry with you well after September 6, here are some of the locations that you will be able to grab one.

According to Tim Hortons, the Tim Hortons x Shawn Mendes ceramic tumblers will only be available at locations throughout the GTA, starting on August 30 until supplies last.

To see all of participating restaurants, you can view Tim Hortons' list here.

In light of this announcement, Shawn states, “I’m so excited to launch this incredible campaign with Tim Hortons in celebration of my homecoming Toronto show. Tims has been a part of my life since before I can remember and I'm so proud to share my love for this Canadian tradition.”

The new collaboration cups will feature a photo of Shawn Mendes, the iconic roses from his current album and a classic maple leaf, making the cup the perfect Canadian emblem.