Ever want to be surrounded by celebs? 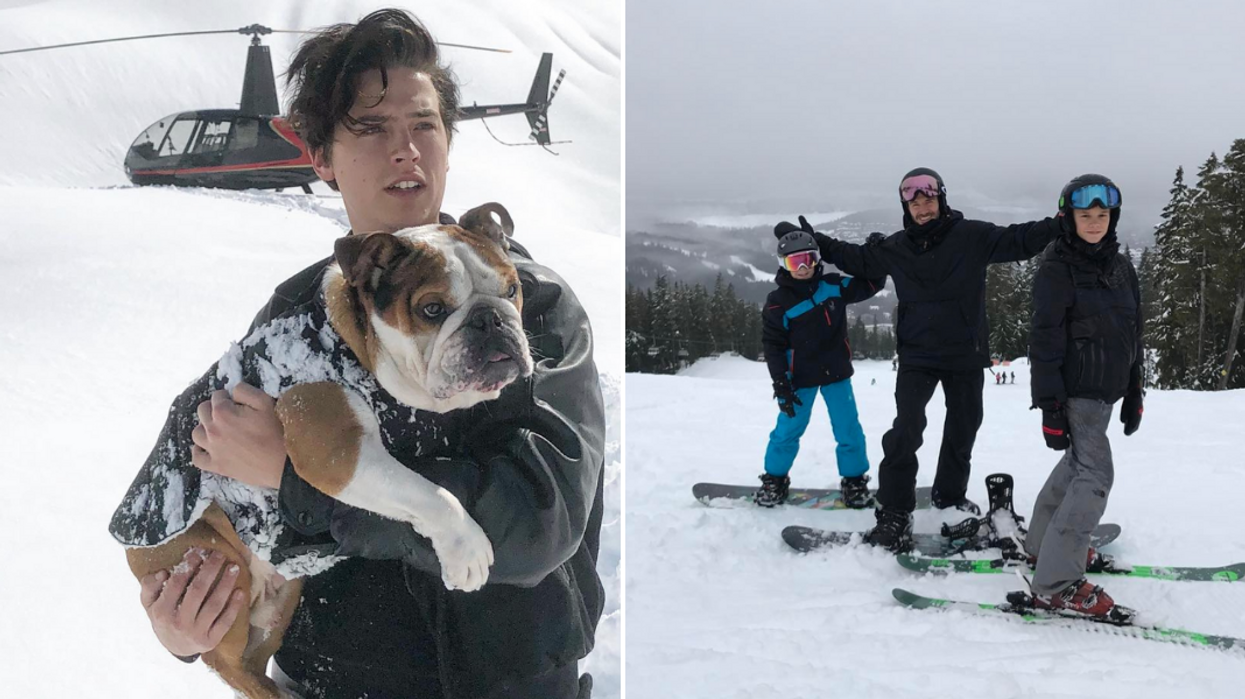 While Canada may be stereotyped as cold and dreary during its winter months, celebrities still venture over here to experience it. With its snowy slopes and the picturesque towns that surround them, who can blame them? There's one BC hotspot that celebrities flock to during the frosty season. The Whistler Blackcomb Ski resort celebrity guest list includes everyone from Jason Momoa to Justin Bieber.

The ski resort is known around the world for its infamous slopes. According to The Travel, celebrities are so often frequenting the mountains that no one bats an eye while sharing the hills with them.

It's also been reported that employees at the resort and at the local surrounding shops are required to sign privacy agreements in order to keep the celebrity's visits to the resort a little safer.

Celebrities like Ashton Kutcher, Katie Holmes, and even Prince Charles himself have visited the Canadian vacation spot.

Over the years, stars have booked a stay at the Whistler Blackcomb resort for many reasons whether it be for a wedding, filming a movie, or just a little TLC.

Take a look at some at the most iconic celeb moments that have been documented on these ski trails.

Vancouver to Whistler is only a 2-hour drive, so it can definitely be considered a getaway. For Cole Sprouse and Lili Reinhart, they've also made the trip and documented it on social media!

They celebrated the Suite Life on Deck actor's birthday at the top of the mountain back in 2018. Talk about goals!

Justin Bieber has most likely experienced a Canadian winter since he was born in Stratford.

Back in 2014, the "Yummy" singer attended a wedding on the west coast at the Whistler Blackcomb for his manager Scooter Braun.

Tom Hanks, like Bieber, was also in attendance for Scooter Braun's Whistler wedding. A hilarious video of the Forrest Gump actor surfaced after the wedding, and you won't regret watching it here.

While NPH stayed at the Four Seasons Resort instead of Blackcomb, he still had such nice things to say about Whistler. The How I Met Your Mother star told the New York Times that while that he loved skiing and "being outdoors" in Whistler.

Harris and his family lived in Vancouver for a few months while shooting Netflix's Lemony Snicket’s A Series of Unfortunate Event. Since then, the series has unfortunately been cancelled, but when talking to the New York Times, he couldn't stop raving about the people, "Everywhere I’ve been, I’ve enjoyed the people."

Jason Momoa has spent a lot of time in Canada filming a variety of movies and television series. He was recently in Vancouver filming season 1 of his hit Apple TV+ series See and will venture to Toronto in the coming weeks in order to film season 2.

In between shooting dates last year, the Aquaman actor took a trip up to Whistler and kicked back at the Blackcomb resort with wife Lisa Bonet and their two kids.

Don't get it confused, this was not the time that Momoa got stuck in an elevator in Vancouver, BC.

Family man David Beckham brought his clan to the resort, but unfortunately, his son Brooklyn ended up hurting his arm. In fact, just days after the family returned back home Victoria, or better known as Posh Spice, posted a photo of her with a pair of crutches.

It's not clear if the former Spice Girls singer got hurt on the mountain but she did clarify it was a stress fracture.

This celeb-filled resort isn't exactly a new occurrence. It's been a hotspot for A-listers for years now. Back in 2004, Justin Timberlake and The Black Eyes Peas hosted a ginormous outdoor concert at Blackcomb.