Who Are All Of These People In Ariana Grande's 'Thank U, Next' Trailer?

The music video of the century. 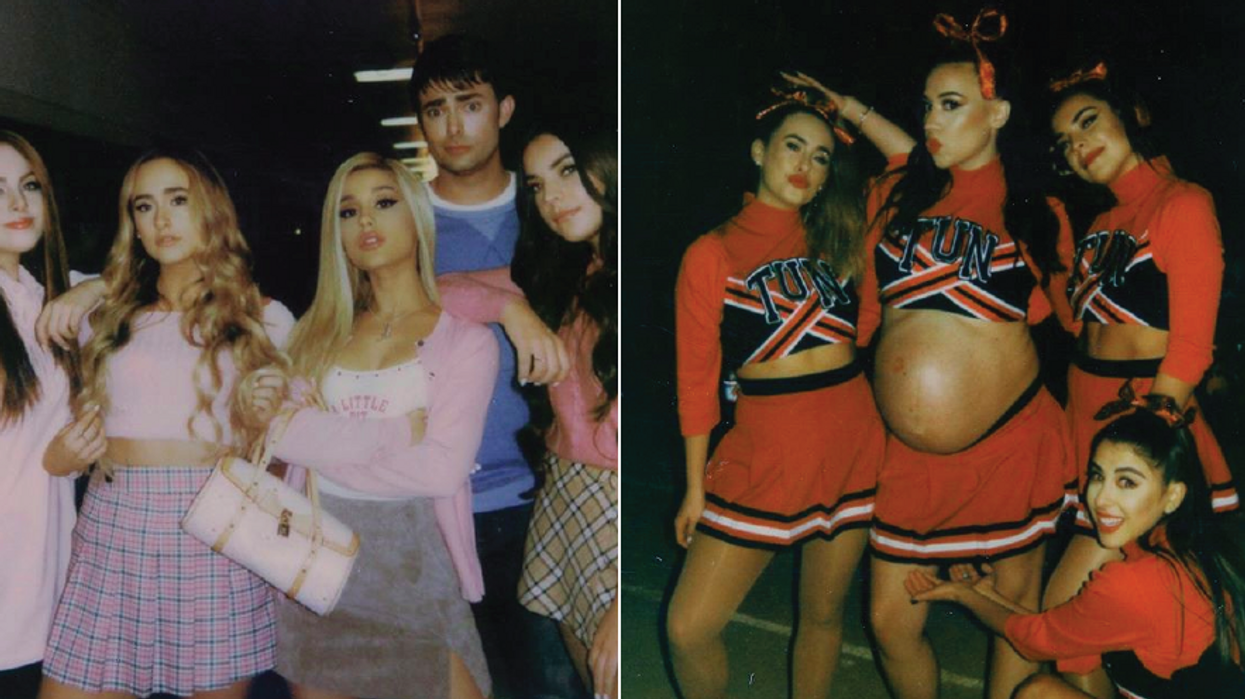 Okay, who else is ready for the Thank U, Next music video? Last night at 1 am, we were teased with what will probably be the best music video of our generation. We've already been teased that it will incorporate scenes from Legally Blonde, Bring It On, 13 Going On 30 and Mean Girls. But we got a sneak peek at the trailer for the Mean Girls part last night and well, it's so fetch.

READ MORE: Ariana Grande Debuted A New Haircut On Instagram And The World Is Freaking Out

If you haven't seen the trailer yet, you can watch it below. Not only did Ariana Grande snap with this music video (that we haven't even seen yet) but the trailer is everything we could've hoped for. It's a parody of the iconic scene in Mean Girls where people at the school talk highly about Regina George. Except this time, it's all about Ariana Grande.

But who are all of these people in her music video trailer? Well, some of them are YouTuber's and her close friends, and some of them have been in the movie before. I'll just say it again... so fetch. Colleen Ballinger, or may be better known as the woman who plays Miranda Sings on YouTube, has been friends with Ariana Grande for years and years. They've always supported each other, and Colleen is actually very good friends with the Grande family. She's currently 8 months pregnant, and she can be seen on her Instagram wearing a cheerleading outfit for the Bring It On portion of the music video. A pregnant cheerleader? Iconic. Jonathan Bennett, or better known as Aaron Samuels, is reprising his role in Ariana's video. He can be seen saying that Ariana Grande said his hair looks sexy pushed back, which is a famous line from Regina George and Cady Heron in Mean Girls. He also looks exactly the same, so good for him.

Stefanie Drummond, who plays the iconic girl that says "One time, she punched me in the face. It was awesome" reprises her role as well in Ariana Grande's new music video. She has a different line this time, but still so funny. She talks about how she broke off an engagement because Ariana did. Troye Sivan and Ariana Grande are great friends, so great that they collaborated on his new album Bloom with a song called Dance To This. He can be seen in the trailer talking about how she's turned into a lesbian and is dating a girl named Aubrey, which is actually Twitters fault. When Thank U, Next first came out, people thought she said Aubrey instead of Ari when referring to herself.

Gabi DeMartino is one part of the YouTube sensation Niki and Gabi. She's known to be a doppelganger for Ariana, which I assume is why she's in the music video. She takes Stefanie Drummond's famous line in the movie, and uses a quote that Ariana loves (honest to God knock me out) and says she knocked herself out... and it was awesome. This trailer is everything.