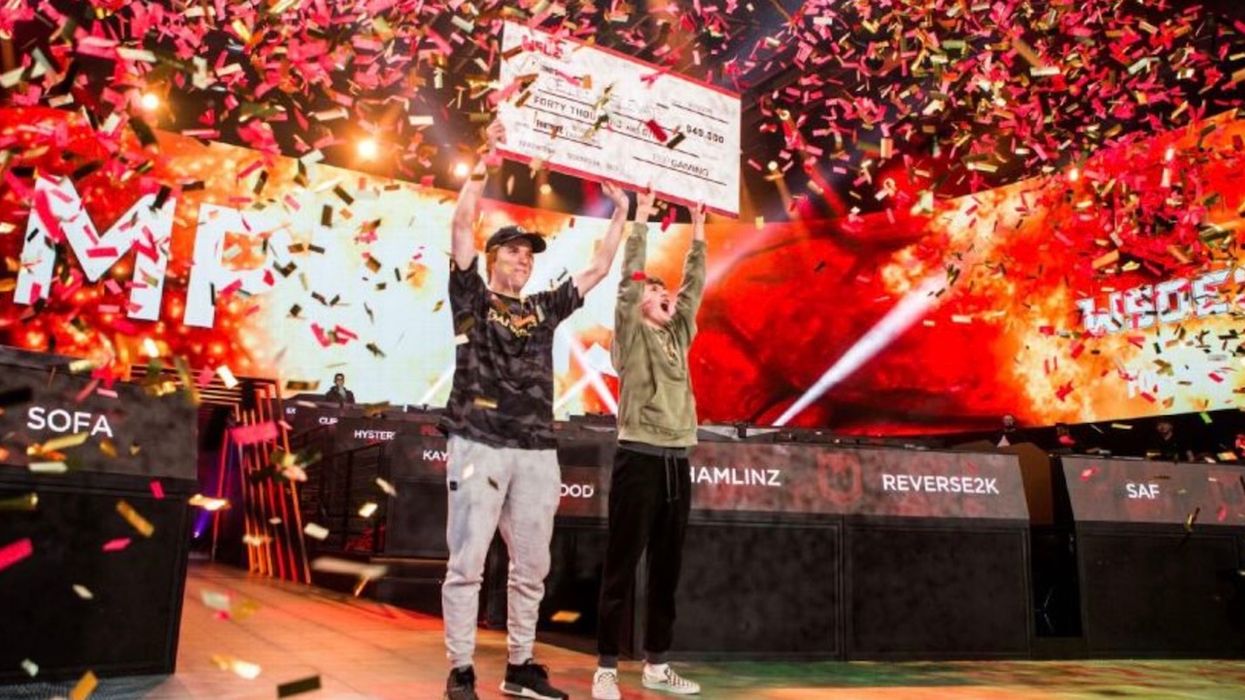 Remember when your parents told you that playing video games all day was never going to get you anywhere. Well, it certainly worked out well for Hayden Krueger, Fortnite's latest World Cup Winner. The Canadian teen's third-place win in the gaming competition on Saturday, July 27 netted him a cool $1.2 million (he split the prize with his partner, Ceice).

Krueger, who goes by the handle 'Elevate' when gaming, has already risen fast in the world of eSports. With over 20,000 Twitter followers, Krueger is something of a celebrity in the gaming world.

Despite what some people may think, players like Krueger take their gaming very seriously. He told CBC, "I wake up at like 1 p.m. or 3 p.m. and then I'll play until 3 a.m. into the night." To even secure a place in the World Cup, Krueger had to beat 40 million other players.

The Fortnite World Cup is not a small event by any means, either. The tournament took place at the Arthur Ashe Stadium in New York, the same venue that hosts the U.S. Open every year.

Speaking of tennis, the first place winner in the tournment, 16-year-old Kyle Giersdorf, took home a prize of $3.8 million, the same amount won by tennis pros Novak Djokovic and Simona Halep at Wimbledon.

Krueger and Ceice (real name Davis McClellan) have already seen their share of victories, having won $40,000 in January when competing in the third World Showdown of eSports (or WSOE) back in January.

While Krueger told CBC that most parents would probably be hesitant to let their kids be a professional gamer, his mother Karri has shared her support on Twitter.

All of this just goes to show how lucrative (and huge) the world of competitive gaming has become. It's certainly come a long way from Mortal Kombat tournaments in a friend's basement.