Who The F*ck Is Tekashi 6ix9ine And Why Is The World Freaking Out About His Kidnapping, Beating And Robbery

Everyone has something to say about Tekashi 6ix9ine's recent attack in Brooklyn. 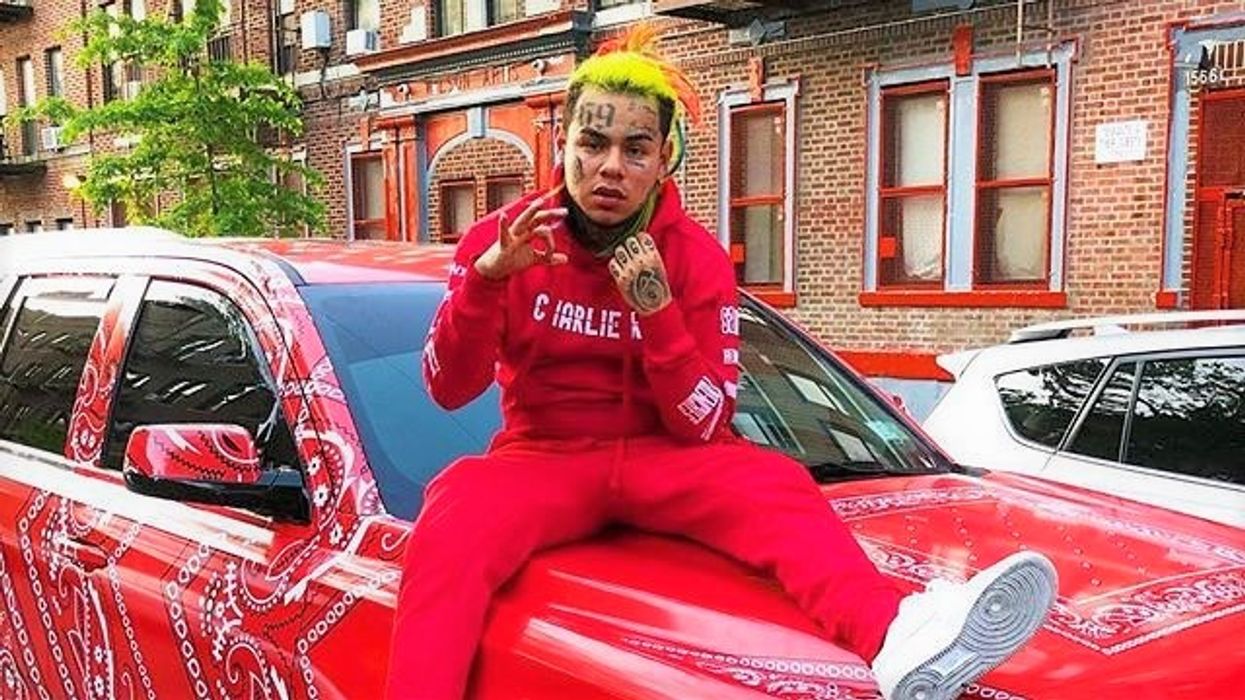 If you're not big on rap music or don't particularly care about what's happening in the Amercian music scene (outside of top 40's) the name Tekashi 6ix9ine might be pretty foreign to you. However, his name is a front-page story this Monday morning and there is the reason why.

To start from the basics, Tekashi 6ix9ine (real name Daniel Hernandez) is a 22-year-old SoundCloud rapper from Brooklyn, New York. He's known for is various face tattoos, in your face style and even more confrontational personality off stage.

He started releasing music in 2014 but really found fame in late 2017 with his single Gummo went platinum. But it's rarely his music that brings him to the spotlight - he's normally in the news for things like choking a 16-year-old, pleading guilty to 3 counts of  "Use of a Child in a Sexual Performance", and having major beef with other rappers in the music industry.

Now, on to why he's in the news today.

According to TMZ the rapper was working on a music video with rapper Nicki Minaj that finished up around 4 AM on Monday morning and upon arriving home was attacked on his driveway.

Three men in hoods jumped the rapper and pistol-whipped him unconscious. According to the rapper, he was loaded into the back of a car and threatened that if he didn't give the gunmen what they wanted (money and expensive jewellery) that they would kill him.

The Sun reported that 6ix9ine told The New York Police department that the robbers ransacked it for valuables in front of his ex-girlfriend and their daughter and stole up to $750k in jewelry and around $15k to $20k in cash.

According to #TMZ, #6ix9ine was kidnapped, pistol whipped and robbed.
Sources close to Tekashi said, 6ix9ine was working on a music video in Brooklyn early Sunday morning and at around 4AM he wrapped for the night and drove home ....... https://t.co/eRFM5nCUlx pic.twitter.com/myF4vYih6h

However, after receiving the money and jewellery it's reported that the robbers still drove off with the rapper in the back seat of the car, where he then jumped out of the back and found help. The person he stopped, called 911 and police arrived on the scene.

Then things got a little weird when the story changed and Tekashi told police that he wasn't jumped on his driveway but instead attacked after a car bumped his car from behind when he was stuck at an intersection on a red light.

Men then jumped out of the car and dragged him into their vehicle's backseat. They then drove him to his home, had him call the mother of his child and ask her to bring their valuables to him and the robbers - which she did. Then he somehow escaped the situation. While the two stories both are wild - and we can't be sure with one is true, we do know that this kind of drama is something you see in movies.

With someone who has proved to be problematic and has made a name for himself for being too "hard" for anyone to mess with - many are mocking the rapper for getting jumped.

Facts. Not saying he deserved it, but if you poke a bear don’t expect it not to bite.

People do ANYTHING for a lil publicity bro

When u build a career off shit talking and flaunting jewelry and cash this was bound to happen. Nobody surprised. It was a long time coming.

As of right now, Tekashi is being checked out by medical staff to make sure everything is okay.

We're sure there will be follow up information on this.