A 23-year-old Canadian man was taken into custody while on a city bus Sunday morning. 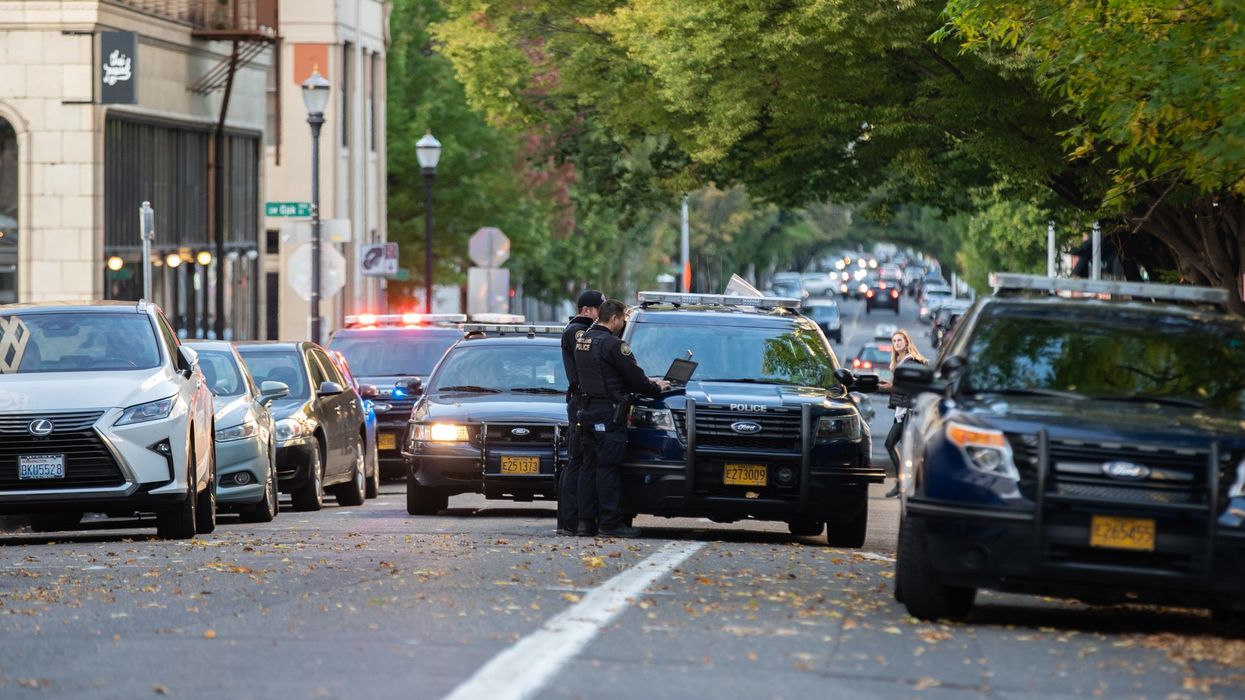 An incident on a Winnipeg Transit bus Sunday morning has led to a Canadian man being arrested by police. An altercation between two passengers could have been terrible had two bystanders not intervened.

Devon Evan Charles Henderson, a 23-year old Winnipeg resident, was arrested and charged by Winnipeg Police on Sunday after shouting racial slurs and attempting to stab a bus passenger. Henderson was also processed on an outstanding parole warrant and is being investigated by the Major Crimes Unit.

READ ALSO: Over 100,000 Canadians In Eastern Provinces Are Without Power After An Intense Wind Storm On Saturday Night

A 23-year-old has been charged after a male was robbed at knifepoint while waiting for a bus and another male was stabbed on a bus in the Graham Avenue area overnight. Details: https://t.co/reSYszjQng

According to the Winnipeg Police press release, Henderson approached a man at a bus stop around midnight at Graham Avenue and Edmonton Street in the South Portage neighbourhood.  He began yelling and swearing at him. Henderson then put a knife to the man's neck before robbing his phone and wallet. The victim was not injured during the robbery.

READ ALSO: After Two Weeks Of Searching Police Have Finally Found The Canadian Man Who Stole $60K Worth Of Avocado

After fleeing his first robbery the press release states that Henderson boarded a bus a 12:10 AM bus at Graham Avenue and Donald Street when he began shouting racial slurs at a black male passenger. He then threatened the stab the passenger, when they were kicked off of the public transit.

READ ALSO: A 16-Year-Old Teenager Managed To Steal $20,000 Worth Of Booze From A Canadian Liquor Store Without Anyone Noticing

As both the suspect and victim were leaving the bus two male witnesses to the altercation were also exiting. When Henderson attempted to follow the victim off the bus the witnesses intervened leading to a struggle where one of the males was stabbed in the lower body.

While the witness who helped stop the altercation only needed stitches, the city's police spokesperson Constable Jay Murray told the Winnipeg Free Press that it could have been worse.

Const. Murray told the local paper on Sunday that "Most people would have done a similar thing, but as always our advice is to contact police. You should never put yourself into something unsafe. But they did prevent this (other) individual from being hurt."

Henderson is facing four charges including robbery, assault with a weapon, possession of a weapon, and uttering threats for the cause of death or of bodily harm. The Canadian was also considered unlawfully at large for an outstanding police warrant. Currently, he remains detained in custody.