Only 7 giant boxes worth. 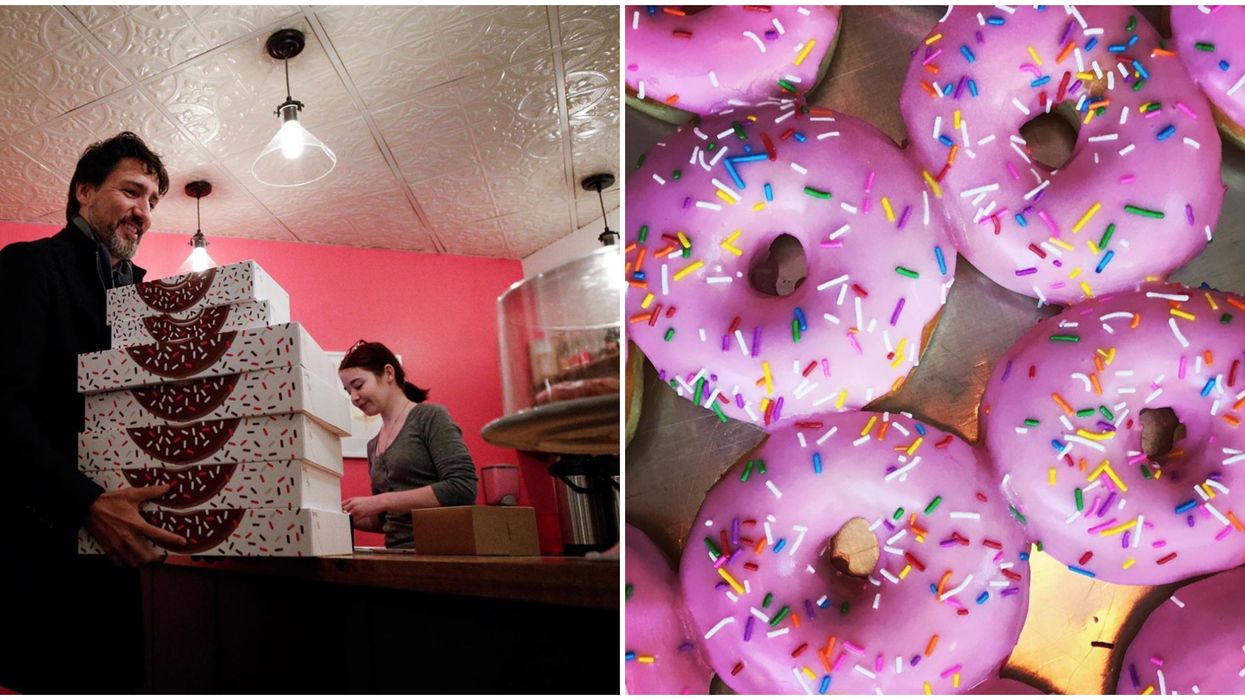 Everyone enjoys a good old fashioned donut break, and it turns out our prime minister is no exception. On Monday, January 20, 2020, Justin Trudeau posted a photo on Instagram of himself stopping for donuts while in Winnipeg for Cabinet meetings. The Justin Trudeau Winnipeg donut break took place at a local shop, Oh Doughnuts.

According to Trudeau’s itinerary for today, he has meetings all day long, with his first being at 9 a.m. and his last starting at 7:30 p.m.

Apparently you can work up quite an appetite during these meetings because the prime minister's photo shows him carrying a whole lot of donuts.

The photo shows Trudeau with seven boxes of donuts and a huge grin on his face. The caption reads "Picked up some of Winnipeg’s best to keep us going through another full day of Cabinet meetings. Thanks for the fuel, @ohdoughnuts" along with the hashtag #shoplocal.

He also repeated the caption and hashtag in French just below the English version.

Though Oh Doughnuts has two locations in Winnipeg, Trudeau was likely at the one on Broadway as the one on Taylor is closed on Mondays.

His post is getting a ton of love with over 40,000 likes just under an hour after posting.

If you’re curious about the donut shop that Trudeau is calling “Winnipeg’s best,” you’re not alone. According to their website, they’ve been “making mouths happy since 2014.”

They have tons of flavours including the classics like Boston Cream and extremely unique ones like Everything Bagel.

They change flavours and make them fresh every single day. We are beyond curious if Trudeau went with the classics or got a little adventurous with his order this afternoon.

Oh Doughnuts also ensures that they are making their goodies with as little impact as possible. Therefore, they shop as locally and as organic as possible for all of their ingredients.

They also have delivery. So if you're ever craving something sweet but not craving the journey to get it, this might be the answer.

The Winnipeg Donut shop shared Trudeau's post on their Instagram story with the caption "So...this happened today..." and we can imagine we'd have the exact same reaction.

Trudeau is known for making random stops when visiting Canadian cities. For instance, he was spotted getting burgers at White Spot in B.C.