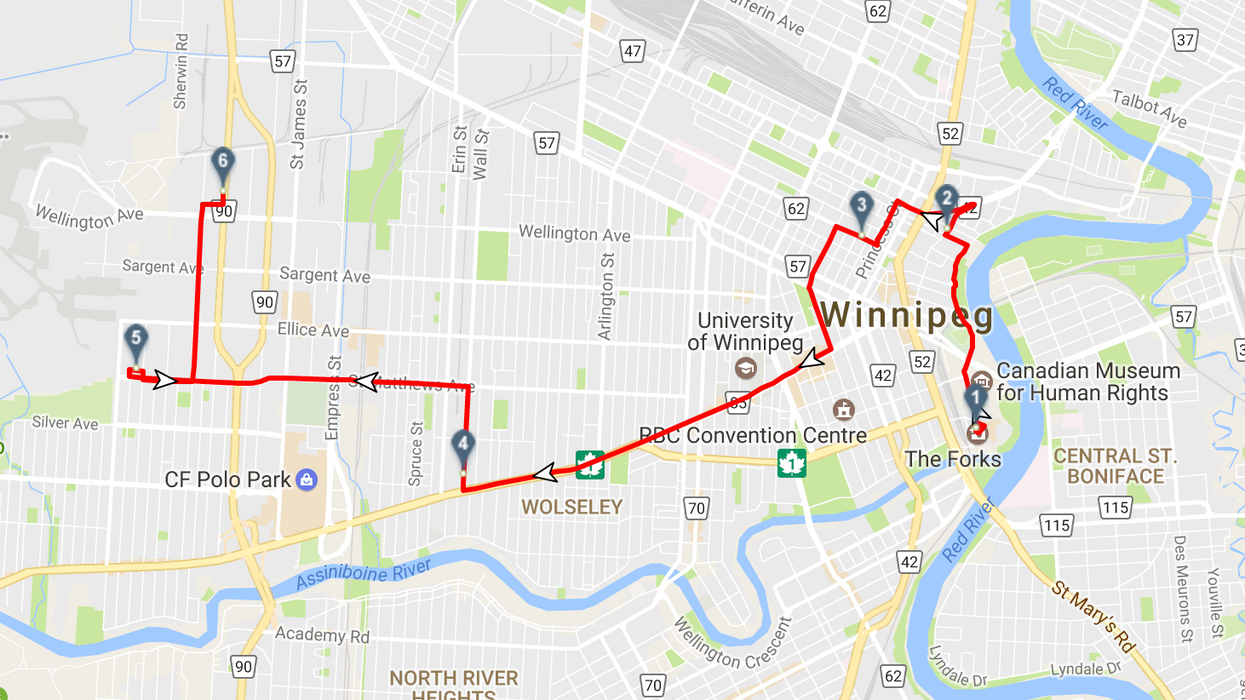 With two new taprooms having opened in the last week alone, Winnipeg has suddenly become a craft beer lover's paradise. If you can't keep up, Manitoba now has 7 breweries, including 5 taprooms, and then 3 more are set to open in the new year.

Since you likely want to check them all out for yourself, we've designed a helpful route so you can take yourself on a 6-stop tour of Winnipeg's craft beer scene.

We recommend bussing, cabbing, or assigning a DD because things are about to get crazy.

Let's start our craft beer journey at the craft beer and wine kiosk at The Forks— they don't brew their own beer quite yet, but they've got 20 craft beers on tap available in super cool Manitoba-shaped flights.

Head over to Peg Beer Co in the east Exchange for another flight of beers they brew themselves (flights are major key—you gotta pace yourself on this 6-stop beer guzzling fest). Peg Beer also makes great food, so grab a flatbread pizza or charcuterie board and you'll thank yourself in the morning.

It's just a hop, skip and a jump away to Little Brown Jug in the west Exchange (unless you're already feelin' the beers, in which case it's more like a stagger, stumble, and fall away). This brewery focuses on only 1 beer—which means they do it really, really well.

Heading East, our next stop is Barn Hammer Brewing on Wall St. They offer flights, as well as pints of half a dozen beers ranging from IPAs to stouts to wheat beers and lagers. Barn Hammer doesn't serve food, but they'll let you order in whatever takeout you want, and there's usually a food truck or two parked outside.

Half Pints Brewing Co. have been around forever, but they just opened their taproom last week (cheers to newly relaxed provincial liquor laws!) The decor and vibe of this place is incredibly inviting.

We end our journey at Torque Brewing—another taproom that only opened last week. The dim lighting and open concept makes it a great place to hide your actual level of drunkness, and the Diesel Fitter stout is a must-try!

Future Brewery Stops On The Tour (we can't wait!):