It's time to celebrate! 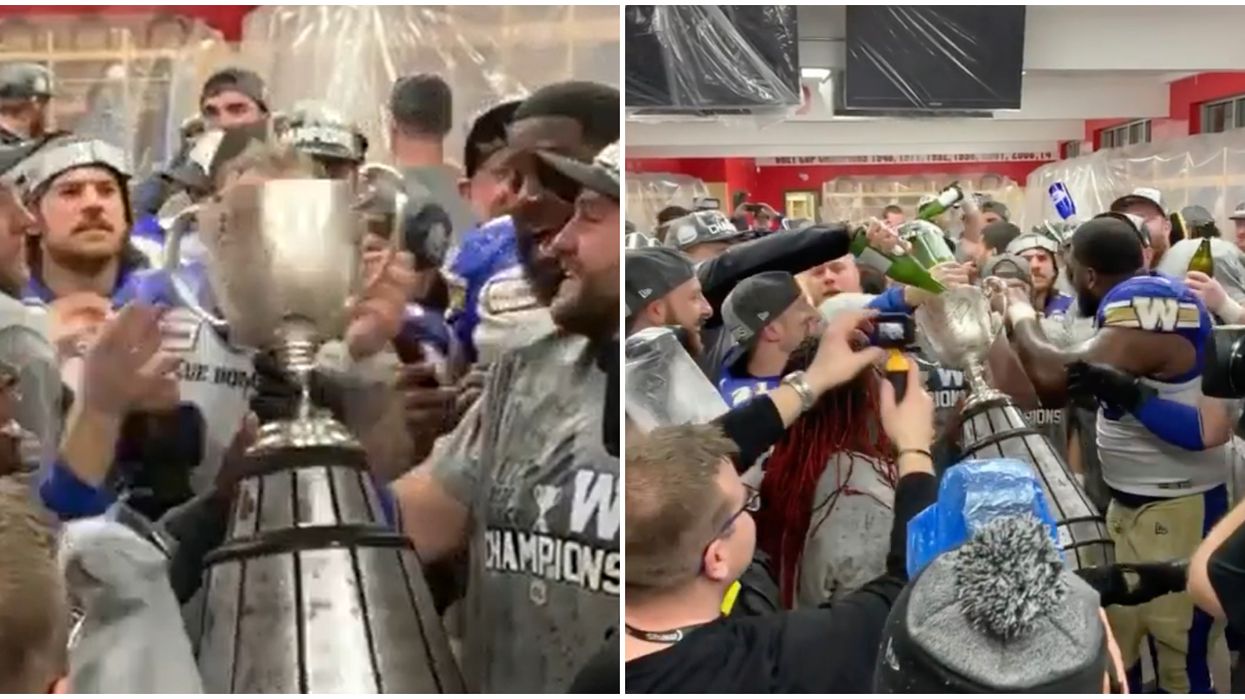 The Winnipeg Blue Bombers brought home the Grey Cup on Sunday, November 24 with a decisive victory over the Hamilton Tiger-Cats. Fans of the team have been waiting almost three decades to call the Blue Bombers champions and to host the Grey Cup Parade in Winnipeg. The team's last championship win was all the way back in 1990.

The Blue Bombers defeated Hamilton 33 to 12 in a game that was dubbed the "drought bowl," due to both teams having gone through championship dry spells. The last time the Hamilton Tiger-Cats won the Grey Cup in 1999, the Blue Bombers in 1990.

There will be a Grey Cup Parade through Winnipeg on Tuesday, November 26, in the afternoon. Dayna Spiring, chair of the board of the Winnipeg Football Club, told Global News that planning had to take place before victory was assured.

"You don’t want to get too far down that planning process until you know you have a Grey Cup to hoist in the air," Spiring said.

The Blue Bombers maintained their lead throughout most of the game, but Wade Miller, president and CEO of the Winnipeg Blue Bombers, told CTV News that he wasn't going to celebrate prematurely.

"Not until the clock ticked zero on the fourth quarter, because it’s the CFL so you never know what can happen," Miller said, "Never take anything for granted."

Fans celebrated the long-awaited win on Twitter, sending their congratulations to the team.

"Thank u Winnipeg blue bombers 4 destroying Hamilton tiger http://cats.You made me very happy & gave me an early Xmas gift that i will remember 4 ever. Cheers bomber fans/ players" wrote @love66644096.

Even the Edmonton Eskimos decided to send their congratulations, but not without a little joke about how long it took the team to win again.

"Congratulations to the Winnipeg Blue Bombers on their Grey Cup win. We'll miss the 1990 jokes," the team wrote on Twitter.

Keith Urban performed during the Grey Cup halftime show. Before the show, he said that Calgary, and all of Canada, felt like a second home to him.

Winnipeg may not be a favourite city for some NHL players, but the city's famous Golden Boy will be watching over the celebration of Winnipeg's latest victory.