9 Things You Need To Know About "You" Actress Jenna Ortega

Her character is about to really complicate things for Joe! 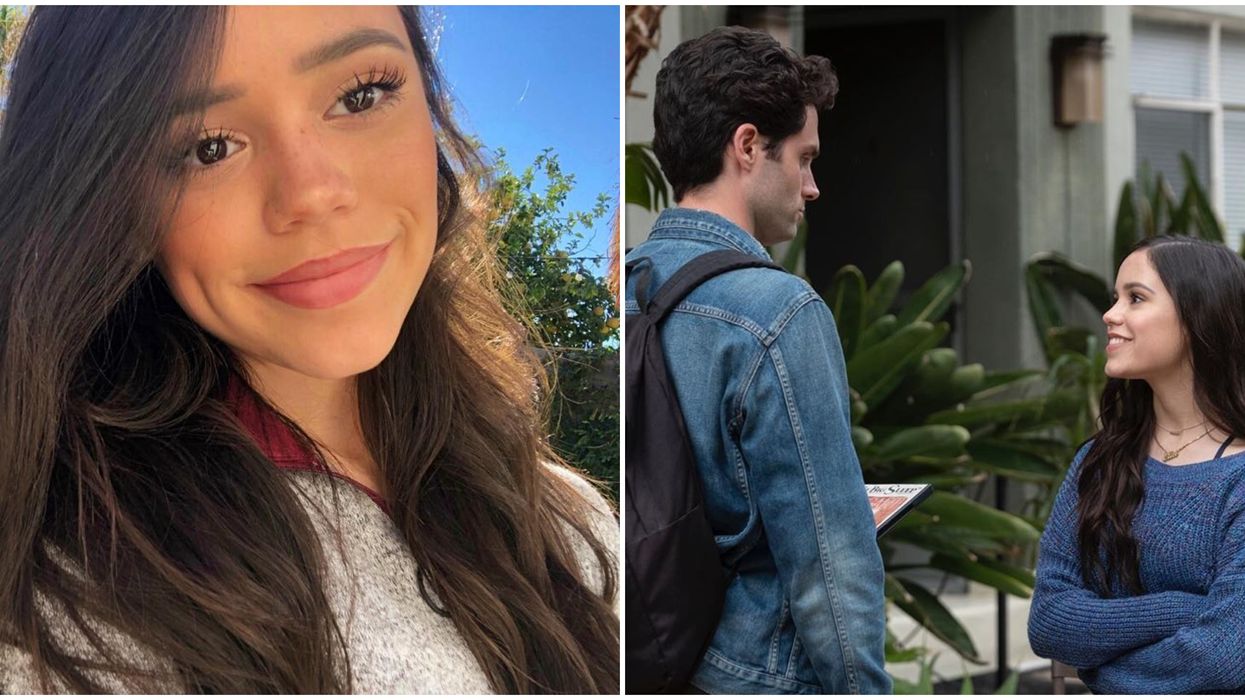 If you haven't already binged the second season of You,' now you've got the ultimate weekend plans set. You're welcome. Let's say things are about to get pretty complicated for Joe because of one new girl on the block. You actress Jenna Ortega is one of the latest cast members to join Netflix's hit psychological thriller and she's got quite the background.

Warning, there is some season 2 spoilers ahead.

You may recognize the 17-year-old star from her role in Disney Channel's original series, "Stuck In The Middle."

Let's just say her 'You' character is everything. Here's everything you need to know about Jenna and her part on the show.

She Played Young Jane Villaneuva on The CW's "Jane The Virgin."

If Jenna looks familiar to you, it may be because she played one of the most famous characters in modern drama television. Ortega appeared in 30 episodes as the younger version of Gina Rodriguez's character, Jane Villaneuva.

She Played One of Disney's First Latina Princesses!

It's no secret that Disney's first Latina princess was long overdue. So when Ortega starred in 2016's animated Elena of Avalor show, we were beyond excited. When asked about the role, she said, "I am so grateful that Disney saw that and did something about it. Now young Latinas can say, ‘Hey! That girl on TV looks like me!’"

She is a Strong Advocate for Immigrant and LGBTQ Rights

Back in 2016, Jenna told Teen Vogue about her passion for embracing different cultures and celebrating America's ethnic diversity. Today, she's a proud advocate of DoSomething.org's Pride and Prejudice Campaign, which promotes acceptance of those in the LGBTQ+ community. Way to go, Jenna!

She Has an Estimated Net Worth of $2 Million

The southern California local has amassed quite a fortune from her role in You, Jane the Virgin, Disney's Stuck In The Middle, and countless other roles.

Her 'You' Character Is About to Complicate Things For Joe

While her character Ellie is just a teenager, it's clear she's about to complicate things for Joe. She's a teen who's had to grow up fast and has developed quite the interest in cons, dirt, and snooping around. Now that Joe has a new 'love' interest (*cringes*), things should get pretty interesting.

One of her claims to fame is starring as teen heartthrob Jacob Sartorius's love interest for his music video, "Chapstick." The video has been viewed more than 30 million times on YouTube. Her rise to fame got her more than 4.6 million followers on her Instagram.

She Was a Superfan of the Show Before Joining the Cast

According to People, Ortega said, “The day after I finished bingeing You, I got a call that they were looking for a girl around my age to be on this show that I had fallen in love with. I just remember looking at my mom and saying, ‘I have to book this part.’”

Jenna is from SoCal, and she's a bigtime fan of her hometown's namesake music and arts festival. Some of her fave Coachella memories include watching Snoop Dogg and Ice Cube perform.

She has two big upcoming Netflix roles next year. They include The Babysitter 2, a horror-comedy sequel to the 2017 film starring Bella Thorne as a cult-leader (this we have to see) and Yes Day, a feel-good comedy with Jennifer Garner about what happens when parents do whatever their kids demand for one day a year.

People United States of America
Discover Narcity
Get the latest and greatest stories every day in your inbox.
Load More Articles