Travel dreams have never been closer to reality! 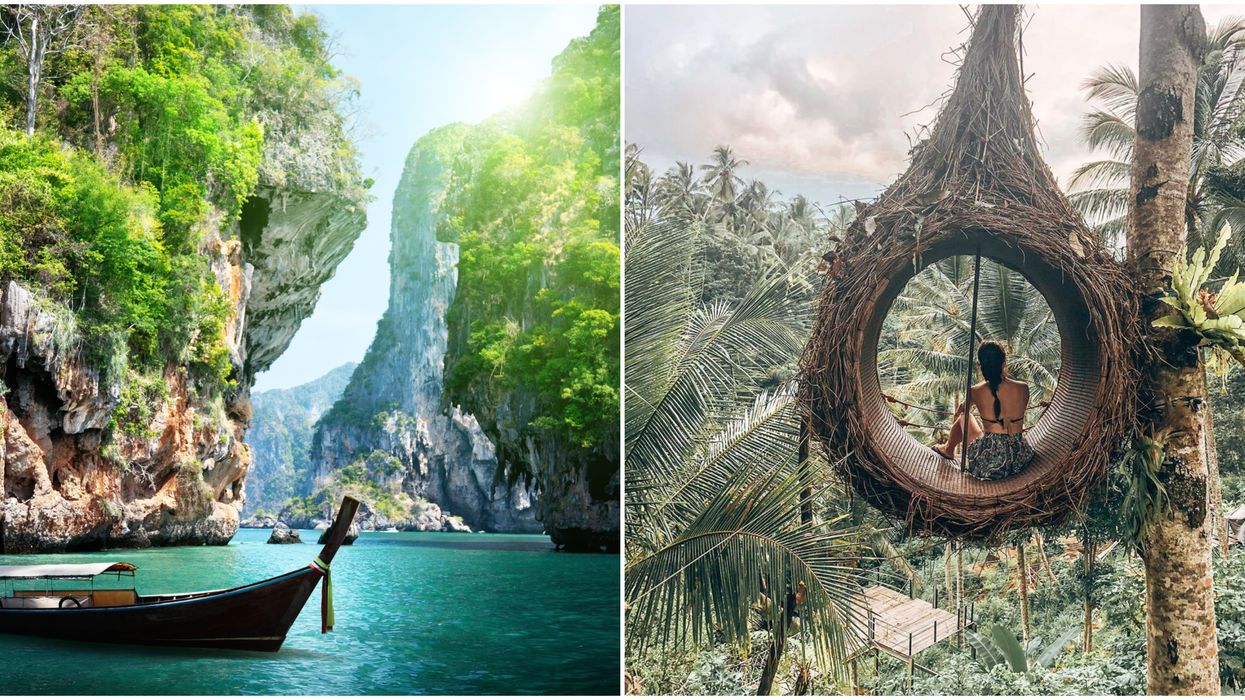 We're in the thick of winter right now, but spring is right around the corner. You can make it come even faster by booking an epic getaway to Southeast Asia! You can score cheap flights to top destinations across Asia for super cheap right now.

If you've ever dreamt of motorcycling across Vietnam or learning how to make Pad Thai in Bangkok, then the time to score a flight deal is now. Southeast Asia is a budget traveller's dream with food and accommodation prices being ridiculously cheap compared to Vancouver!

To find these flight deals, you're going to want to go to Skyscanner and search for flights coming up this spring in April and May. Most of these flights come from China Southern Airlines and have stopovers in China. You can also check out Kayak or Flighthub to see if their deals are any better!

READ MORE: These 10 Cities Were Just Ranked The Most Welcoming In Canada I searched for flights from Vancouver (YVR) to Bangkok (BKK) on Sunday, April 7 to Monday, April 22. You can get flights for just $530! Unfortunately, there are two stops in China along the way. Who doesn't want to eat authentic Indian food and see places like the Taj Mahal in real life? I searched for flights from Vancouver (YVR) To New Dehli (DEL) for Sunday, April 14 to Monday, April 29 and found flights for under $500! You're likely to have one layover in China along the way but nothing too crazy! Bali is basically on everyone's bucket list! I took a look at flights from Sunday, April 14 to Monday, April 29 and found flights for as low as $506 from Vancouver (YVR) to Denpasar (DPS). Again, there's one stopover in China, but this round-trip price for Bali is crazy cheap!

I searched for flights from Vancouver (YVR) to Manila (MNL) for Sunday, April 14 to Monday, April 29 and found flights for $470. You're likely going to get a flight with a layover of three to five hours. You could be island hopping and beach bumming in no time! I got a one-way ticket to Vietnam a few years ago for $500, so I feel like this deal is simply amazing. To get from Vancouver (YVR) to Hanoi (HAN), I used those seemingly magical dates from Sunday, April 14 to Monday, April 29 turned up flights for $520. Cambodia is a top destination for its and wanderlust-worthy ancient sites. I searched for flights from Vancouver (YVR) to Phnom Phen (PHN) from Sunday, April 14 to Monday, April 29 to find this deal. Did watching Crazy Rich Asians make you want to go to Singapore? You can get there on the cheap this spring. I found flights for $533 by searching from Sunday, April 14 to Monday, April 29 to get from Vancouver (YVR) to Singapore (SIN).

For more information on this flight deal, check out YVR Deals.

READ MORE: 25 Spontaneous Day Trips From Vancouver You Need To Go On This Winter