You Can Go Kayaking Through Ancient Sea Caves In Lake Superior

Paddle back in time. 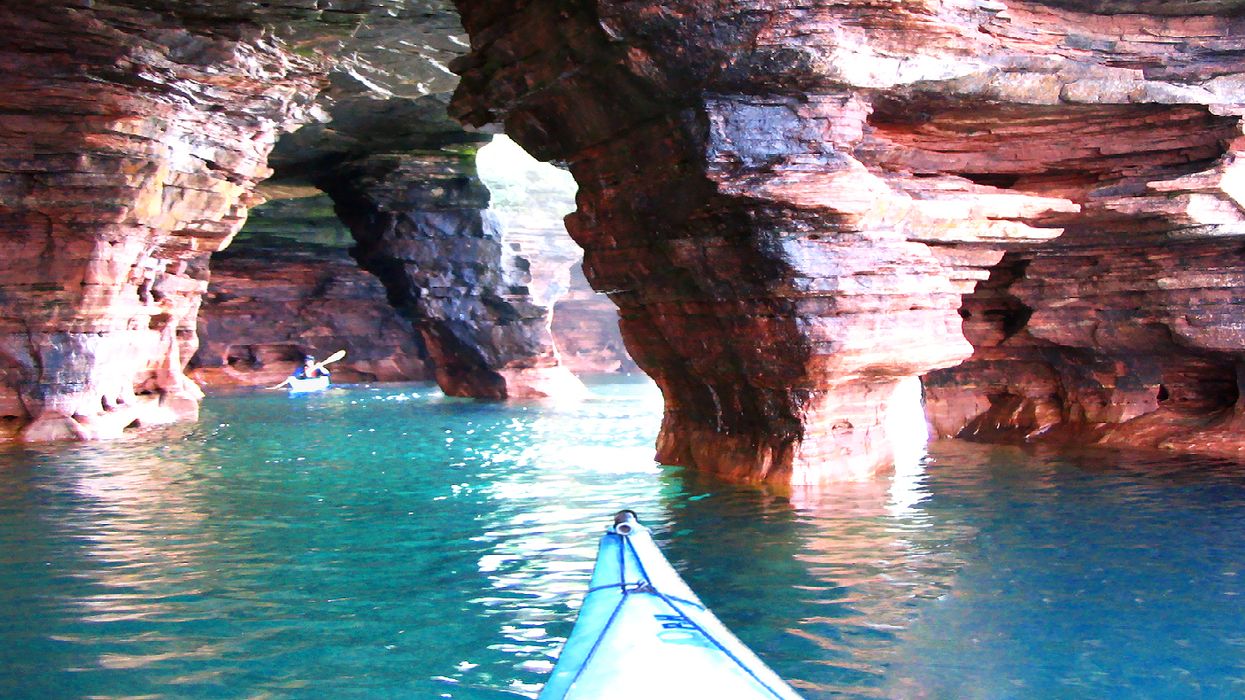 A unique attraction in Lake Superior will have you paddling back in time through some of the oldest sea caves in the world.

READ ALSO: This Epic Road Trip Takes You To 11 Ontario Islands Connected By A Single Road

The Apostle Islands Sea Caves are a world-famous landmark in Wisconsin’s Bayfield Peninsula, which is located five hours away from Thunder Bay across the Ontario border. The caves were carved into beautiful patterns over centuries of wave action, freezing and thawing of Lake Superior waters. Typically, explorers head out to the caves in the winter to see the magnificent ice formations that crystallize over the caves’ red sandstone walls. But they’re also a sight to behold in the summertime — several adventure companies offer unique tours that let you explore a the collection of caves on single or tandem kayaks. Apostle Islands Tours has a selection of tours at different sea cave systems, including the Meyers Beach caves, the Sand Island caves and the Red Cliff caves. Each package is $55 for a two-hour trip and $98 for a four-hour trip.

You can also do the same tours on stand-up paddle boards! Lost Creek Adventures, for example, has a $55 self-guided tour through a sea cave system called Roman’s Point.

The adventure begins with a basic tutorial on how to use a stand-up paddle board, and is then followed with a three-hour long paddle in the three-mile area of Roman’s Point. Paddlers will also be given an on-water snack during the trip. Plan a trip to the Apostle Islands Sea Caves this summer!

"We will find more bodies and we will not stop until we find all of our children," said Bobby Cameron in a heartbreaking statement.

On Thursday, June 24, a press conference was held following the discovery of hundreds of unmarked graves at the site of the former Marieval Indian Residential School in Saskatchewan.

Cowessess First Nation Chief Cadmus Delorme said 751 graves have been found at the site. According to the Federation of Sovereign Indigenous Nations (FSIN), this is the largest mass grave discovered in Canada to date.