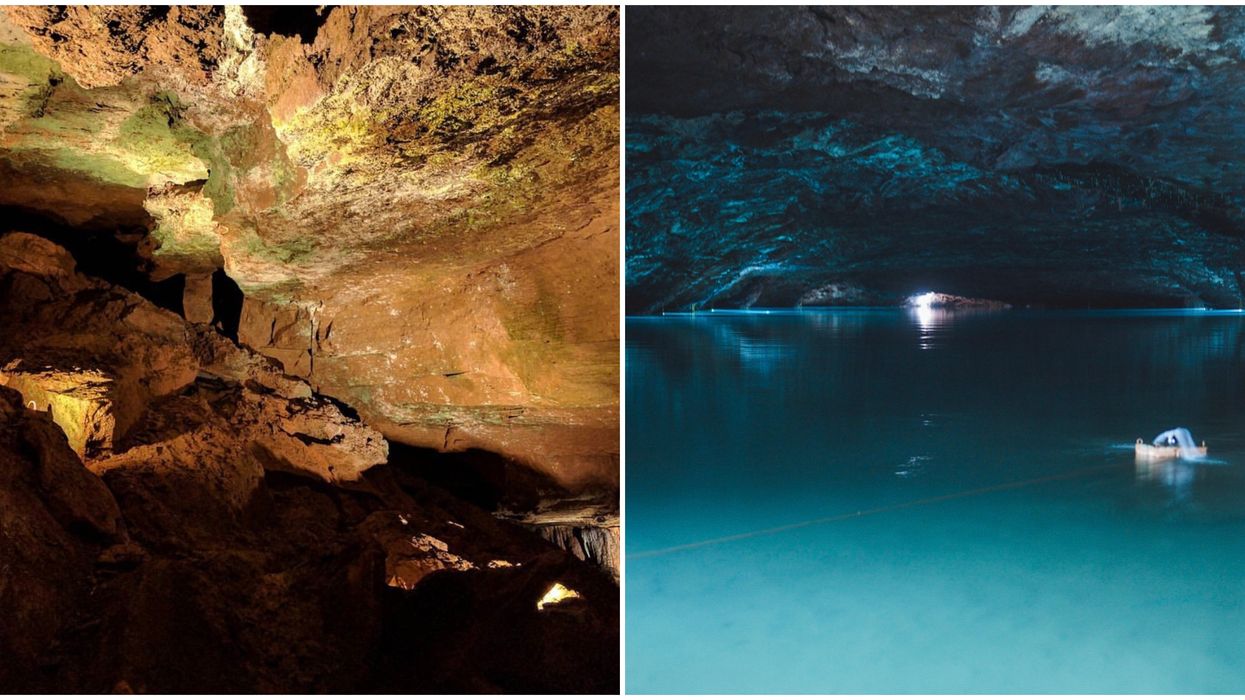 Tennessee is giving the waters of the Bahamas a run for its money. The island oasis of the Caribbean is known for its piercing blue water, but there's a body of water in the South with equally enchanting waves. This underground cave near Atlanta has sky blue water that has been in the Guinness Book of World Records.

The Lost At Sea Adventure takes you on a guided tour to witness the Lost Sea in all its greatness for only $21.95. The lake is part of the extensive cave system of Craighead Caverns. So while the lake is jawdropping, the views to get there are just as incredible.

Your journey begins 140 feet underground with a hike that's less than a mile. After making your way past massive rock formations, you'll board a flat bottom boat. This boat will take you atop the glassy surface of the Lost Sea, where trout live below the surface of the dimly lit cave.

You might notice that it's a bit chilly in the cave, so be sure to bring a sweater. The cave is at a constant underground temperature of 58 degrees, so you'll be cool and comfortable throughout your trip.

Since the cave has such an extensive history as a meeting place for the Cherokee Native Americans, Confederate soldier mine, mushroom farm and more, you have to take a guided tour to access all the wonder.

As much as we'd like to take a dip in the water too, that's also prohibited. Admiring the beauty up close is just as fulfilling.

If you want to discover more about what's hidden underneath the ground you walk on, check out these caves - one in Georgia and the other in Alabama.

Why You Need To Go: This brief road trip from Georgia is an unmatched natural wonder.